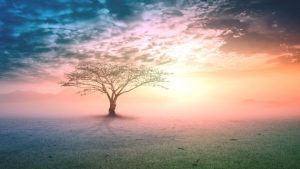 In Christianity, Adam is notorious for the original sin, but Islam is much fairer

The portraits of the prophets in the various heavenly messages, including Judaism, Christianity and Islam, are often closely comparable.

No wonder, they are messages, albeit several, of only one faith. It is the true religion of God every time and everywhere.

However, the images of some prophets differ from one message to another owing to, sometimes the availability of more or less details which is something acceptable, and sometimes the distortion of the previous messages where some prophets are painted illogical pictures which cannot be ascribed to ordinary people rather than prophets, not to mention their inconsistence with the scriptural texts in the other messages.

That is why we deemed it necessary to spotlight the lives and messages of the prophets of God to paint the true portraits of those prophets and acquit them of the fabrications, falsehoods and lies attributed to them.

Christianity does not consider Adam a prophet but just the forefather of the prophets.

In the Bible, especially the Old Testament, Christianity confirms the honor given to Adam after his creation at the first phase. About that, we read: “And the Lord God formed man of the dust of the ground, and breathed into his nostrils the breath of life; and man became a living soul. And the Lord God planted a garden eastward in Eden, and there He put the man whom He had formed.” (Genesis 2:7-8)

We also observe that the reason for the prohibition of eating was the fear that man could know good and evil and the ensuing eating from “the tree of life” and living forever. In the Old Testament, we read: The Lord God said, “Since the man has become like one of us, knowing good and evil, he must not reach out, take from the tree of life, eat, and live forever.” So the Lord God sent him away from the garden of Eden to work the ground from which he was taken. (Genesis 3:22-23)

It is worth noting that Eve is blamed much more than Adam for disobedience and sin in the Old Testament. For example, we read: Then he asked, “Who told you that you were naked? Did you eat from the tree that I commanded you not to eat from?” The man replied, “The woman you gave to be with me—she gave me some fruit from the tree, and I ate.” So the Lord God asked the woman, “What is this you have done?” And the woman said, “The serpent deceived me, and I ate.” (Genesis 3:11-13)

In the New Testament, we read: “For Adam was formed first, then Eve. And Adam was not deceived, but the woman was deceived and transgressed.” (1 Timothy 2:13-14)

As for the third phase – post-sin phase, we perceive that it is full of repercussions of Adam’s sin as it is considered a stage of fall and expulsion. In the Old Testament, we, for example, read:

I will put hostility between you and the woman, and between your offspring and her offspring. He will strike your head, and you will strike his heel. He said to the woman: I will intensify your labor pains; you will bear children with painful effort. Your desire will be for your husband, yet he will rule over you. And he said to the man, “Because you listened to your wife and ate from the tree about which I commanded you, ‘Do not eat from it’: The ground is cursed because of you. You will eat from it by means of painful labor all the days of your life. It will produce thorns and thistles for you, and you will eat the plants of the field. You will eat bread by the sweat of your brow until you return to the ground, since you were taken from it. For you are dust, and you will return to dust.” (Genesis 3:15-19)

The stated repercussions are much more serious in the New Testament than in the Old Testament. Adam is considered the cause of death as a result of the so-called “Original Sin”, of which there is no way out, except for belief in Jesus in whom life exists, being a demigod and a demi-man.

In the New Testament, we, for example, read: For just as in Adam all die, so also in Christ all will be made alive. (1 Corinthians 15:22)

Adam, the father of mankind, is considered the first of the prophets of God in Islam. Abu Omamah reported that a man wondered: “O Messenger of God, was Adam a prophet?” He replied: “Yes, he was a well-informed, well-addressed one…” (Ibn Hibban, At-Tabarani and Al-Hakim)

Islam confirms the reported honor given to Adam at the first phase. Moreover, the Qur’an relates that God commanded the angels to prostrate themselves before Adam. In the Qur’an, we read:

And [mention] when We said to the angels, “Prostrate before Adam”; so they prostrated, except for Satan. He refused and was arrogant and became of the disbelievers. (Al-Baqarah 2:34)

As for the second phase, that is the sin phase, the Qur’an tells us that Adam had been already forbidden to follow Satan even before sinning, but Adam, unfortunately, did. That is why he was expelled.

The Qur’an does not make any mention of the alleged “tree of the knowledge of good and evil”. As for “the tree of life”, the Qur’an indicates that it was just something whispered by Satan, unlike the Bible which alleges that there was actually something called “tree of life”. In the Qur’an, we read:

So We said, “O Adam, indeed this is an enemy to you and to your wife. Then let him not remove you from Paradise so you would suffer. Indeed, it is [promised] for you not to be hungry therein or be unclothed. And indeed, you will not be thirsty therein or be hot from the sun.” Then Satan whispered to him; he said, “O Adam, shall I direct you to the tree of eternity and possession that will not deteriorate?” (Ta-ha 20:117-120)

Unlike the Bible as well, there is no incitation of enmity or grudge between Adam and Eve in the Qur’an. We read:

Then Satan whispered to him; he said, “O Adam, shall I direct you to the tree of eternity and possession that will not deteriorate?” And Adam and his wife ate of it, and their private parts became apparent to them, and they began to fasten over themselves from the leaves of Paradise. And Adam disobeyed his Lord and erred. (Ta-ha 20:120-121)

As for the third phase, namely the post-sin phase, it is very different in the Qur’an from the Bible. In Islam, it is a stage of repentance, guidance and selection. The Qur’an tells us that Adam accepted Adam’s repentance thanks to words He Himself inspired Adam. We read:

Then Adam received from his Lord [some] words, and He accepted his repentance. Indeed, it is He who is the Accepting of repentance, the Merciful. Then his Lord chose him and turned to him in forgiveness and guided [him]. (Al-Baqarah 2:37)

The Qur’an also informs us that God not only accepted Adam’s repentance but also guided and selected him. We read:

And Adam and his wife ate of it, and their private parts became apparent to them, and they began to fasten over themselves from the leaves of Paradise. And Adam disobeyed his Lord and erred. Then his Lord chose him and turned to him in forgiveness and guided [him]. (Ta-ha 20:120-122)

According to Islam, the complications of Adam’s sin did not go farther except for a frequent warning in the Qur’an from God to Adam’s offspring against the repetition of the sin committed by the parents of mankind: Adam and Eve. For example, we read:

O children of Adam, let not Satan tempt you as he removed your parents from Paradise, stripping them of their clothing to show them their private parts. Indeed, he sees you, he and his tribe, from where you do not see them. Indeed, We have made the devils allies to those who do not believe. (Al-A`raf 7:27)

Salvation in Judaism, Christianity and Islam