Let’s think of an aspirin pill for a moment; you will immediately recall the mark in the middle of it.  This mark is designed in order to help those who wish to take half a dose.  Every product that we see around us is of a certain design even though not as simple as the aspirin pill.  Everything from vehicles we use to go to work, to TV remote controls.

“Design”, briefly, means a harmonious assembling of various parts into an orderly form towards a common goal.  Going by this definition, one would have no difficulty in guessing that a car is designed.  This is because there is a certain goal, which is to transport people and cargo.  For the realization of this goal various parts such as the engine, tires and body are planned and assembled in the plant. 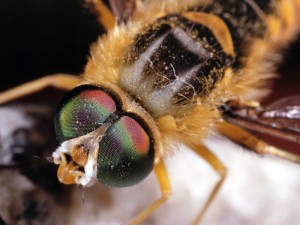 However, what about a living creature?  Might a bird and the mechanics of its flying be designed as well?  Before giving an answer, let us repeat the evaluation we did for the example of a car.  The goal at hand, in this case, is to fly.  For this purpose, hollowed bones, strong muscles that move these bones are utilized together with feathers capable of suspending in the air.  Wings are formed aerodynamically, and metabolism is in tune with the bird’s need for high levels of energy.  It is obvious that the bird is product of a certain design.

If one explores other creatures besides a bird, similar facts are attained.  There are examples of a certain meticulous design in every creature.  If one continues further on this quest, one would discover that our selves are also a part of this certain design.  Your hands that hold these pages are functional as no robot hands could ever be.  Your eyes that read these lines are making vision possible with such focus that the best camera on earth simply cannot imitate.

Hence one arrives at this important conclusion; all creatures in Nature, including ourselves, are of by Design.  This, in turn, shows the existence of a Creator Who designs all creatures at will, sustains the entirety of nature and holds absolute power and wisdom.

However, this truth is rejected by the theory of evolution that was formed in the middle of 19th century.  The theory set forth in Charles Darwin’s book “On the Origin of Species” asserts that all creatures evolved within a chain of coincidences and essentially mutated from one another.

According to the fundamental assertion of this theory all living things go through minute and coincidental changes.  If these coincidental changes help the creature then it gains advantage over the others, which in turn is carried onto following generations. 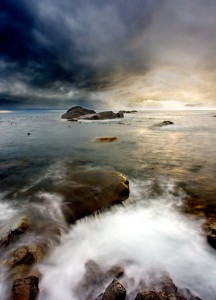 This scenario has been passed around as if it is a very scientific and convincing one for 140 years.  When scrutinized under a bigger microscope and when compared against the examples of the Design in creatures, a very different picture of Darwin’s theory is painted, i.e.  Darwinism’s explanation of creation is nothing more than a self-conflicting vicious circle.

Let us first focus on the “coincidental changes”.  Darwin could not provide a comprehensive definition to this concept due to the lack of genealogical knowledge in his time.  The evolutionists who followed him put forth the concept of “mutation” on this subject.  Mutation is arbitrary disconnections, dislocation or shifts of genes in living things.  The most important point is that there is not one single mutation in history that is shown to have improved the condition of the genetic information of a creature.  Nearly all the known cases of mutations disable or harm these creatures and the rest are neutral in effect.  Therefore, to think that a creature can improve through mutation is the same as shooting into a crowd of people hoping that the consequent injuries will result in healthier and improved individuals.  This would clearly be nonsense.

As importantly, contrary to all the scientific data, even if one assumes that a certain mutation could actually improve a being’s condition, Darwinism still cannot be delivered from inevitable collapse.  The reason for this is a concept called “irreducible complexity”. 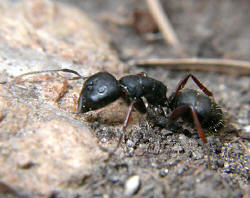 The implication of this concept is that majority of systems and organs in living things function as a result of various independent parts working together. The elimination or disabling of even one of which would be enough to disable the entire system or organ.

For example, an ear perceives sounds only through a chain reaction of a series of smaller organs.  Take out or deform one of these, e.g.  one of the bones of the middle ear, and there would be no hearing whatsoever.  In order for an ear to perceive, a variety of components such as the auditory meatus, malleous, incus and stapes bones, the tympanic membrane, the cochlea and fluid, sensory cells, the vibration sensor extensions of these cells and the net of nerves that connect to the brain and hearing center in the brain have to work together without exception.

The system could not have developed in segments because none of the segments could possibly function alone.

Hence the concept of irreducible complexity demolishes the theory of evolution from its foundations.  What is really interesting is the fact that Darwin also worried about these very prospects.  He wrote in On The Origin of Species:

“If the impossibility of formation of a complex organ through a series of small changes was ever to be proven my theory would have certainly collapsed.  However I could not find such an organ…” (Charles Darwin, The Origin of Species: A Facsimile of the First Edition, Harvard University Press, 1964, p. 189.)

Darwin could not or might not have wanted to find such an organ at the premature levels of 19th century science.  However the science of 20th century did study nature down to its minute details and it proved that the majority of living structures embody irreducible complexity.  Therefore, Darwin’s theory has most “certainly collapsed” just as he feared. 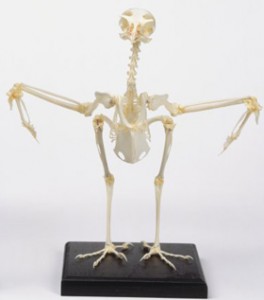 As we examine the living beings we will not only see the immense error Darwinism makes, but also witness the greatness of wisdom behind the creation of these systems.  These mechanisms will be found anywhere from the wings of a bird to inside a bat’s skull.  Hence we will see the indisputable evidences of God’s creation without error.  Likewise, the power and faculty of God to create without error is expressed in a chapter of the Quran as follows:

“He is God – the Creator, the Maker, the Giver of Form.  To Him belong the Most Beautiful Names.  Everything in the heavens and earth glorifies Him.  He is the Almighty, the All-Wise.” (Quran 59:24)