The names and attributes of God include the “ Forgiving ” and “Forgiver”. There is no doubt that the Lord of this universe is the Only One Who can forgive the sins of His creation and is worthy of being described as “Forgiving”. 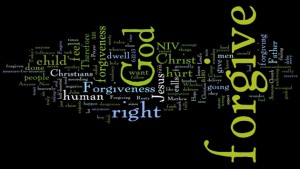 He is the only Judge Who requites everyone for one’s deeds or misdeeds and will call everyone to account for all of one’s acts. Therefore, there is none who can be described as “forgiving” except God.

The Forgiving in Islam

In the Qur’an, God (called “Allah” in Arabic) is often described as “Forgiving”. For example, we read:

Indeed, those who have believed and those who have emigrated and fought in the cause of Allah – those expect the mercy of Allah. And Allah is Forgiving and Merciful. (Al-Baqarah 2:218)

Say, [O Muhammad], “If you should love Allah, then follow me, [so] Allah will love you and forgive you your sins. And Allah is Forgiving and Merciful.” (Aal `Imran 3:31)

Also, God is described as “the Forgiver” in the Qur’an. We read:

The revelation of the Book is from Allah, the Exalted in Might, the Knowing, the Forgiver of sin, acceptor of repentance, severe in punishment, owner of abundance. There is no deity except Him; to Him is the destination. (Ghafir 35:2-3)

Moreover, God is described as “Perpetual Forgiver” in the Qur’an. We read:

But indeed, I am the Perpetual Forgiver of whoever repents and believes and does righteousness and then continues in guidance. (Ta-ha 20:82)

Say, [O Muhammad], “I am only a warner, and there is not any deity except Allah , the One, the Prevailing. Lord of the heavens and the earth and whatever is between them, the Exalted in Might, the Perpetual Forgiver” (Saad 38:65-66)

If Allah had intended to take a son, He could have chosen from what He creates whatever He willed. Exalted is He; He is Allah, the One, the Prevailing. He created the heavens and earth in truth. He wraps the night over the day and wraps the day over the night and has subjected the sun and the moon, each running [its course] for a specified term. Unquestionably, He is the Exalted in Might, the Perpetual Forgiver. (Az-Zumar 39:4-5)

The command to seek forgiveness from God is repeated in the Qur’an. Therefore, after committing a sin, a Muslim has only to turn to God in sincere repentance and seek forgiveness. Nothing more is required. So, a Muslim should not despair of the mercy of God, nor should he shy away from seeking forgiveness simply because it is God Himself Who commands that. In Islam, there is no need for the bloodshed of an innocent person for obtaining forgiveness.

About the command to seek forgiveness and such command’s association with the following attributes of God: “Forgiver” and “Forgiving”, we read in the Qur’an:

Ask forgiveness of your Lord. Indeed, He is ever a Perpetual Forgiver. (Nuh 71:10)

The Qur’an often urges and encourages repentance and seeking forgiveness. Such encouragement is often associated with God’s attribute “Forgiving”. For example, we read:

And whoever does a wrong or wrongs himself but then seeks forgiveness of Allah will find Allah Forgiving and Merciful. (An-Nisaa’ 4:110)

They have certainly disbelieved who say, “Allah is the third of three.” And there is no god except one God. And if they do not desist from what they are saying, there will surely afflict the disbelievers among them a painful punishment. So will they not repent to Allah and seek His forgiveness? And Allah is Forgiving and Merciful. (Al-Ma’idah 5:73-74)

But whoever repents after his wrongdoing and reforms, indeed, Allah will turn to him in forgiveness. Indeed, Allah is Forgiving and Merciful. (Al-Ma’idah 5:39)

God’s descriptions “Forgiving”, “Forgiver” and “Perpetual Forgiver” indicate His all-embracing forgiveness given the derivation of those three attributes (“Ghafur”, “Ghafir” and “Ghaffar” respectively in Arabic) from the same Arabic root “Ghafara” (“Forgive” in English).

Accordingly, God’s forgiveness is so absolute and all-inclusive that it leaves out no sin or offence. That is why God brings glad tidings of limitless forgiveness and mercy for those among His servants who transgress against themselves. In the Qur’an, we read:

Say, “O My servants who have transgressed against themselves [by sinning], do not despair of the mercy of Allah. Indeed, Allah forgives all sins. Indeed, it is He who is the Forgiving, the Merciful.” (Az-Zumar 39:53)

Furthermore, God’s forgiveness and mercy are not restricted to the erasure of sins but may go farther by turning the same into good deeds. We read:

And those who do not invoke with Allah another deity or kill the soul which Allah has forbidden [to be killed], except by right, and do not commit unlawful sexual intercourse. And whoever should do that will meet a penalty. Multiplied for him is the punishment on the Day of Resurrection, and he will abide therein humiliated except for those who repent, believe and do righteous work. For them Allah will replace their evil deeds with good. And ever is Allah Forgiving and Merciful. (Al-Furqan 25:68-70)

The Forgiving in Christianity

Indeed, the concept of such absolute forgiveness which does not require redemption or leave out a sin or an offence without inheritance is completely absent from Christianity. Though God is described as “Forgiving” in the Old Testament, His forgiveness is not all-embracing, nor does it erase sin but is rather inherited generation after generation.

In the Old Testament, we read: “The Lord, the Lord God, compassionate and gracious, slow to anger, and abounding in loving kindness and truth (faithfulness); keeping mercy and loving kindness for thousands, forgiving iniquity and transgression and sin; but He will by no means leave the guilty unpunished, visiting (avenging) the iniquity (sin, guilt) of the fathers upon the children and the grandchildren to the third and fourth generations [that is, calling the children to account for the sins of their fathers].” (Exodus 34:6-7)

We also read: “The Lord is slow to anger, and abundant in loving kindness, forgiving wickedness and transgression; but He will by no means clear the guilty, visiting (avenging) the wickedness and guilt of the fathers on the children, to the third and fourth generations [that is, calling the children to account for the sins of their fathers].” (Numbers 14:18)

In the New Testament, forgiveness is sometimes attributed to Jesus. However, despite taking Jesus as God in Christianity, we notice that when he taught his disciples how to pray to God (called “Father” in Christianity), he also taught them to seek forgiveness from the Father rather than himself.

We read: “Our Father in heaven, hallowed be your name. Your kingdom come, your will be done, on earth as it is in heaven. Give us this day our daily bread, and forgive us our debts, as we also have forgiven our debtors. And lead us not into temptation, but deliver us from evil.” (Matthew 6:9-13)

In spite of the Christian claim that Jesus can forgive sins, he himself confirmed that the forgiveness of sins is up to God only and it is God Who gave him an authority to forgive sins.

We read: But that you may know that the Son of Man has authority on earth to forgive sins”—he then said to the paralytic—“Rise, pick up your bed and go home.” And he rose and went home. When the crowds saw it, they were afraid, and they glorified God, who had given such authority to men. (Matthew 9:6-8)

The Bible tells us that Jesus himself prayed to God to forgive his murderers. We read: When they came to the place called The Skull, there they crucified Him and the criminals, one on the right and one on the left. And Jesus was saying, “Father, forgive them; for they do not know what they are doing.” And they cast lots, dividing His clothes among themselves. (Luke 23:33-34)

If Jesus had innate authority to forgive sins, why did he pray to God to forgive his killers? Why did he himself not forgive them?