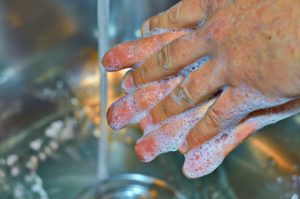 The European Council of Imams issued the following statement on how to deal with Coronavirus (COVID 19):

Schools have been closed, sports events have been cancelled and religious and cultural institutions shut down around the world as countries try to stem the Coronavirus outbreak.

The virus has dramatically spread across Europe. In Italy, the situation was more serious and the authorities were obliged to put strict measures across the entire country to limit the infection.

This crisis has challenged European Muslim communities and raised many questions that require answers and clarification.

✓ It’s an Islamic obligation and civil responsibility for us to follow the instructions and guidelines of the authorities presiding over the effected countries, whether it’s in our private lives or in the Mosques and Islamic cultural centers.

✓ To be patient and work for the common good, especially Muslims who work in the health and service sectors, following the message of the Hadith: “The best among you are those who bring greatest benefits to many others.”

✓ Muslim researchers and scientists should unite and put their best efforts forward to come up with a vaccination against this virus as soon as possible. It is a part of Islamic teaching to believe that Allah (the Almighty) has created a cure for every disease, hence diligence is needed in this matter.

✓ To Avoid rumors and spreading false news and information. Muslim should try to give hope and spread positivity because everything that may happen is by Allah the Almighty’s will and decree.

✓ To take the necessary precautions and educate ourselves about this matter in detail without panicking.

*Those who get infected with the virus should follow and accept the safety regulations and should be patient and ask Allah (the Almighty) for full recovery and also be sure that patience is greatly rewarded during sickness and times of distress.

Individuals who suspect being infected are obliged to stay away from mosques and all other crowded gatherings until they are examined and ensured that they are not infected. Doing otherwise is considered a harmful and sinful act in Islam.

Islam forbids self-harm and bringing harm to others. Furthermore Islamic rules were very sensible in the matters of respect to other to the point that Prophet Muhammad (peace be upon him) requested from his companions to avoid going to the mosque after eating garlic as to not bother other worshipers with its odor.

If you follow these general guidelines, it will be clearly a priority to not go to the mosque in case of an infectious virus harming others.

3- Can we leave the countries that are affected by the virus to avoid infection?

It is not allowed to leave the country in which the virus has spread for the sake of self-protection. According to the Hadith, “if you found out about it in a country, you do not enter that country, and if it hits the country you’re in, then do not leave it anymore”

If leaving, the country or region infected, has justifications other than escaping the disease and is approved by health authorities, then it is Islamically unobjectionable.

4- Can we enter countries where the virus has spread?

The simple answer is no following the guidelines of the aforementioned Hadith. In exceptional cases, such as helping authorities with efforts to contain the disease, then entrance would be permitted.

5- What borders should be considered when entering or leaving an infected area? 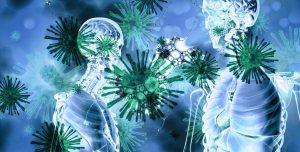 6- Is it permitted to suspend Friday and congregational prayers in the mosques because of the epidemic?

Human preservation is respected as one of the primary goals of Islamic jurisprudence and, therefore, if strong evidence is presented showing that the epidemic will spread faster through big gatherings like Friday prayers and congregational prayers, then these congregational prayers should be canceled until the country recovers from the epidemic and the emergency status is lifted.

The European Council of Fatwa and Research has already issued a corresponding press release in this regard.

7- Can the Hajj and Umrah be canceled due to the Coronavirus?

If Muslim doctors have decided that the gathering of pilgrims will cause the virus to spread faster and pose a risk to pilgrims, the pilgrimage and Umrah may be canceled until the danger is over and the virus has been fully eradicated.

Allah says in the Quran:

And spend in the way of Allah and do not throw [yourselves] with your [own] hands into destruction [by refraining]. And do good; indeed, Allah loves the doers of good. (Al-Baqarah 2:195)

Al-Bukhari and Muslimnarrat ed from Abd Ar-Rahman ibn Awf (may Allah be pleased with him) that he said: I heard the Messenger of Allah saying: “If you hear that it (the plague) is in a land, do not go there, and if it breaks out in a land where you are, do not leave, fleeing from it.”

8- What is the Islamic ruling regarding the quarantine at home or in certain designated locations?

Islam encourages and supports those in charge to take all necessary measures that seem sensible to avoid contagion among people and to contain the epidemic as justified in the hadith mentioned earlier.

9- Regarding the washing of a Coronavirus infected dead body

Washing the dead body is the first essential step before shrouding and burying in Islam. It is a collective obligation to wash the body which means that if some people attend to it or do it, then the rest are excused.

However, if there is a risk of contagion from touching the body of the deceased, then rubbing part of the body is excused and instead one can simply pour an ample amount of water on the body without touching it.

If washing with water does not seem possible, then Tayammum will suffice (to clean body parts with dry sand or earth, without using water).

If there is any risk from being in close proximity to the dead body, then it is recommended to proceed with the funeral prayers without any washing, which would be the safest option for the people around the deceased in such a scenario.

In the Quran, the approximate translation reads:

…Allah intends for you ease and does not intend for you hardship… (Al-Baqarah 2:185)

10- Islamic guidelines in dealing with epidemic and protection procedures

Islam values public health by placing very detailed measures to avoid diseases and to protect humanity from any imbalances that affect the Allah’s perfect creation.

For instance, Islamic law is one of the most organized and detailed in the rulings that deal with the use of livestock. While it details the various possibilities of benefitting from animals and puts specific regulations for that, it forbids eating some animal meats. It also places strict regulations to protect the public health of people while preserving the rights of animals. Caring for animals, gentle handling of animals during slaughter, and consumption of permitted animal meat are some example of these sensible guidelines.

In the Quran, Allah says:

Those who follow the Messenger, the unlettered prophet, whom they find written in what they have of the Torah and the Gospel, who enjoins upon them what is right and forbids them what is wrong and makes lawful for them the good things and prohibits for them the evil and relieves them of their burden and the shackles which were upon them. (Al-Araf 7: 157)

Say, “I do not find within that which was revealed to me [anything] forbidden to one who would eat it unless it be a dead animal or blood spilled out or the flesh of swine – for indeed, it is impure – or it be [that slaughtered in] disobedience, dedicated to other than Allah . But whoever is forced [by necessity], neither desiring [it] nor transgressing [its limit], then indeed, your Lord is Forgiving and Merciful.” (Al-Anam 6:145)

In similar verses of the Quran, we read:

Prohibited to you are dead animals, blood, the flesh of swine, and that which has been dedicated to other than Allah, and [those animals] killed by strangling or by a violent blow or by a head-long fall or by the goring of horns, and those from which a wild animal has eaten, except what you [are able to] slaughter [before its death], and those which are sacrificed on stone altars, and [prohibited is] that you seek decision through divining arrows… (Al-Maidah 5:3)

In another Hadith, Prophet Muhammad advises Muslims not to leave our pots open with food, but to cover them.

Islam also emphasizes the important role of personal hygiene and made a regular ritual and condition for prayer. Also, clean clothes and pleasant smell as well as good habits in everyday life were repeatedly mentioned in many hadiths of the Messenger of Allah.

In the Quran, we read:

And your clothing purify; and uncleanliness avoid. (Al-Muddattir 74:4-5)

Islam has also forbidden intimate relationships outside marriage because it has been proven that it is a source for the spread of contagious diseases in addition to their catastrophic effects on the social fabric of society.

Islamic precautions regulate and protect societies from illnesses and social conflicts and turmoil. In the event of an epidemic, it starts with people’s mental preparation for the situation through meeting appropriate protective measures and handling in the event of infection and finally finding a Vaccination for healing.

Finally, in view of the fact that the virus differs in its spread and its danger in different countries, the top priority for mosques, board members, and imams is to cooperate with the local health authorities and to support them in the virus containment and disease prevention procedures, as they are more able to assess the overall situation and take appropriate measures accordingly.

May Allah the Almighty protect all of us, heal those who are in pain and have mercy on our dead. Amin!

Chairman of the European Council of Imams