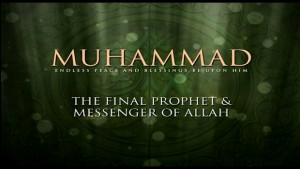 The writer tackles some of the allegations provoked against Prophet Muhammad (peace be upon him) as regards the sources of his Islamic message.

One of the oft-repeated charges is that the Prophet Muhammad (peace be upon him) composed the Quran either with direct help from others, after reading their books (despite the constantly reiterated fact of his illiteracy) or after being taught by someone of Jewish or Christian background.

Once more, it has to be pointed out that far from being original to this period these assertions were actually leveled by infidels in the lifetime of Muhammad as responded in the Quran itself in which they are challenged, (10:38; 11:13; 16:103)

The Prophet was assumed to have been instructed on Christianity and Judaism either during his travels or while staying in Makkah or Madinah. He did travel to Syria twice when aged thirteen and twenty five, but this was long before his mission and consequently constitutes no justification for those who describe him as “a man who spent most of his time on the road”; nor for “his vast travels” to have been described as a major source of his accumulated knowledge.

It is clear that Muhammad’s first journeys to Syria was made at the age of thirteen, with his uncle Abu Talib. They had a brief meeting with a certain monk called Bahirah. Not only was this encounter too brief but it occurred too early to favor the surmise of the monk’s assistance with the revelations, which began about thirty years later.

A further postulate was that Muhammad had a close acquaintance with Christianity while in Makkah through what he might have heard from bishops and monks. These men, stationed as they were on the Syrian borders of the Arabian desert could have conducted missionary activities in the vicinity. While it is historically correct that Qiss ibn Sa`idah and another bishop called Asad ibn Kab did deliver many sermons to the Arabs during these fairs, the unfortunate fact regarding the theory of their influencing the Prophet is that both bishops died over a century before Muhammad’s birth.

In addition to the bishops and monks, two Christian sword-smiths were alleged to have taught Muhammad both by his disbelieving contemporaries and much more recently by Zwemer (an American missionary, traveler, and scholar) at the turn of the present century. Jaber and Vasser were Abyssinian slaves who had accepted Islam; their master, a member of the Banu Hadramy, used to beat them saying, “You are teaching Muhammad!” They would protest, “No, by Allah! He teaches us and guides us!” It seems that Zwemer favored their master’s opinion.

Others maintained that Salman, a Persian, had helped in writing the sacred Book. This Salman, who had been a Zoroastrian before accepting Christianity in Syria, later moved on to Madinah where he met the Prophet and embraced Islam. Salman’s life is documented in Islamic history, notably as the very first person to propose digging a trench for the defense of Madinah when the city was threatened with invasion by the Makkan disbelievers and their allies.

His bright suggestion, coupled with violent wintry gales, successfully repelled the enemy. It is well known to Muslims that the greater part of the Quran, i.e., about two thirds of it, was revealed in Makkah before the Prophet migrated to Madinah, where Salman met him. Furthermore, the Book’s literary style is so sublime that even born Arab linguists who have tried over the years to imitate it have not been successful, to say nothing of Persian.

Less recently, it was argued that by the application of the principle of higher criticism it became clear that, “Muhammad had been gathering, recasting and revising in written form the material planned to issue as his book.” In making these claims it should be pointed out that the writers concerned have overlooked certain important facts.

Ibn Taymiyyah, who wrote a book on the same subject in the Middle Ages, stated that among other things that the Prophet was illiterate. Secondly, he argued that the sublime style of the Quran remained the same throughout the entire period of its revelation. No mortal author could maintain such perfection of style, persistently, for so long. Not a chapter, not a verse, not even a word was revised, as is recorded in history.

Thirdly, the Arabs of those generations excelled in accurate memorizing of their history. The records of events used to be relayed by word of mouth verbatim from one historian to another down the generations.

The science of Isnad relating to this subject was developed by the Arabs long before the art of printing appeared upon the scene. This science includes the grading of historians according to their knowledge, upbringing, way of life, the kind of friends they used to have and their accuracy in recording events. Isnad also discusses the way the same events are reported by various channels or chains of narrators and accounts for any discrepancies.

With the safeguard of the science of Isnad, as it flourished in Arabia, not one Arab historian was quoted to have mentioned that Muhammad ever sat down to learn from anyone; nor that he used regularly to counsel with friends except after he became a Prophet. Arab history records every detail of Muhammad’s life from his birth to the moment of his death.

Finally, Ibn Taymiyyah makes the point that Muhammad, before reaching the age of forty, never preached, nor could he utter a passage of the Qur’an which is clearly distinct even from his own speeches and sayings. Had Muhammad in fact learnt from a Christian monk, a bishop, a Jewish person, or even from Christian slaves, the following might have happened:

Source: Taken with modifications from the author’s “The Sublime Quran and Orientalism” published by International Islamic Publishers, Karachi, Pakistan, October 1989.