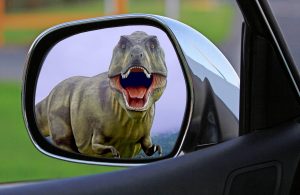 The number of Muslims who believe that all living things emerged by means of evolution should not be underestimated. Their error is based upon a lack of knowledge and mistaken viewpoints, particularly in regard to scientific matters. Heading the list is the idea that evolution is a scientific and proven fact.

Such people do not realize that science has completely eroded the theory of evolution’s credibility. Whether on the molecular level or in biology and paleontology, research has invalidated the claims that living things emerged as the result of an evolutionary process. Darwin’s theory continues to survive, despite all scientific facts, only because the evolutionists are doing all they can, including deliberately misleading people, to keep it alive. Their writings and speeches are filled with scientific terms that the average person cannot understand. Yet when their words are analyzed, one can find no evidence to support their theory.

A careful examination of Darwinist publications reveals this fact quite clearly. Their accounts are almost never based upon firm scientific proof. The fundamental areas where the theory collapses are glossed over in a few words, and many fantastic scenarios are written about natural history. They never dwell on such essential questions as how life first emerged from inanimate substances, the fossil record’s huge gaps, and the complex systems in living things. They do not do so because whatever they might say or write would contradict their aims and reveal the emptiness of their theory.

When Charles Darwin (1809-82), the founder of this theory, considered one of the complex systems in living things, in this case, the eye, he realized the danger that this posed to his theory and even admitted that thinking about the eye made him cold all over. Like Darwin, today’s evolutionist scientists know that their theory has no answer for such complex systems. But instead of admitting this, they seek to overcome the lack of scientific evidence by writing imaginary scenarios and imposing the theory on people by giving it a scientific mask.

Such methods become obvious during face-to-face debates between evolutionists and those who believe in creation, as well as in evolutionist writings and documentaries. Actually, evolutionists are not bothered by such things as scientific truth or reason, for their sole goal is to make people believe that evolution is a scientific fact.

In this way, evolutionist Muslims are influenced by the theory’s supposed “scientific” image. They are particularly alarmed by such Darwinist slogans as: “Anyone who does not believe in the theory of evolution is being dogmatic or unscientific,” and so give ground on their true beliefs. Influenced by outdated information or evolutionist writings and arguments, they believe that only evolution can account for the emergence of life. They then try to reconcile religion and evolution, for they are unaware of the latest scientific developments as well as the theory’s own internal contradictions and complete loss of credibility.

However, given that evolution and creation are diametrically opposed, proving one means disproving the other. In other words, disproving evolution means proving creation.

For these reasons, materialists see debates on evolution as a kind of battleground, a direct ideological struggle rather than a scientific matter. Thus they resort to all possible means to obstruct those who believe in creation.

For example, evolutionist Lerry Flank recommends that the truth of creation be opposed by the following methods:

Creationist watchers must keep a close eye on the composition of state education boards. Ideally, people who are interested in quality education and in keeping the fundamentalists from using the public schools for their sermonizing should constitute the majority of these state boards… If this fails, and creationist textbooks are actually adopted and approved, then legal action becomes necessary.

It is clear from these words that we are not talking about a scientific debate, but a war of ideas waged by evolutionists in a framework of certain strategies.

Muslims who defend evolution must be aware of this. Darwinism is not a scientific thesis; rather, it is a system of thought designed to lead people to deny God. As this theory has no scientific foundation, Muslims must not allow themselves to be misled by its arguments and thereby give it any support, no matter how well-intentioned.