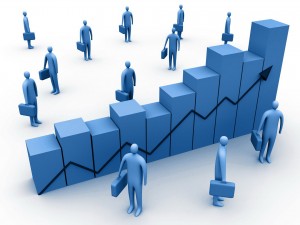 For a believer, the relationship with God is the most significant business. It is the business of life.

Everyone is keen to have a profitable business in his life through which he or she proves themselves as successful persons. Yet, for a believer, the relationship with God is the most significant business. It is the business of life; the winner in this business will enjoy an eternal bliss in the heavens, and the loser is going to endure a distressful torment in the Hell-fire unless God forgives him.

Thus, one should ask oneself, “Do I have a profitable or losing business with God?”

Before you answer the question, let’s pinpoint the components of the business with God as mentioned in noble verses of the Qur’an and the hadiths of the Prophet (peace be upon him).

The Belief in Allah and Jihad

In the quoted verse below, Allah inquires of a business that saves from the painful torment of Hell. Then, Allah gives us the answer that it is to believe in Allah and His Messenger, and undertake Jihad in the cause of Allah. The reward is plentiful and huge; the forgiveness of sins and eternal residence in a lofty place in Paradise. Not only this but also the support of Allah and nearby victory are present. Almighty Allah says,

O You who believe! Shall I guide you to a commerce that will save you from a painful torment. * That you believe in Allah and His Messenger (Muhammad), and that you strive hard and fight in the Cause of Allah with your wealth and your lives, that will be better for you, if you but know! * (If you do so) He will forgive you your sins, and admit you into Gardens under which rivers flow, and pleasant dwelling in Gardens of `Adn (Edn Paradise), that is indeed the great success. * And also (He will give you) another (blessing) which you love, help from Allah (against your enemies) and a near victory. And give glad tidings (O Muhammad ) to the believers. (As-Saff 61:10-13)

Allah, the Almighty, makes a promise that He will give Paradise to those who fight for His sake. He states that this promise is found in the Torah, the Injil (Gospel) and the Qur’an. How blessed are the fighters in the cause of Allah!! The verse also brings good new to those who partake in that kind of business by telling them that it is the greatest success. Allah (Glory be to Him) says,

Verily, Allah has purchased of the believers their lives and their properties; for the price that theirs shall be the Paradise. They fight in Allah’s Cause, so they kill (others) and are killed. It is a promise in truth which is binding on Him in the Taurat (Torah) and the Injil (Gospel) and the Qur’an. And who is truer to his covenant than Allah? Then rejoice in the bargain which you have concluded. That is the supreme success. (At-Tawbah 9:111)

Reciting the Qur’an, Performing the Prayer and Paying in Charity

In Surat Fatir, God, the Almighty, talks about a group of people who opt to turn to a business that never undergoes forfeit. It is the business with Allah. The commodities of this trade are obtainable by everyone who seeks the pleasure of His Lord. The merchandises are three significant deeds, namely reciting the Qur’an, observing the obligatory and optional prayer and giving in charity for the sake of Allah. If a person presents these things, he will receive plentiful reward and extra bounty from Allah the Almighty. Allah (Exalted be He) says,

Verily, those who recite the Book of Allah (this Qur’an), and perform Prayer, and spend (in charity) out of what We have provided for them, secretly and openly, hope for a (sure) trade-gain that will never perish. * That He may pay them their rewards in full, and give them (even) more, out of His Grace. Verily! He is Oft-Forgiving, Most Ready to appreciate (good deeds and to recompense). (Fatir 35:29-30)

How Did the companions Made Business with God?

During the time of the Prophet Muhammad (peace be upon him), there was a young orphan who was getting a wall built from the edge of his house to his neighbor’s but there was a palm tree that was causing a halt to the construction. The wall could not be continued unless the tree was either removed or added to the child’s house. This tree belonged to the person named Abu Lubabah.

The orphan came to Abu Lubabah and told him, “Give me that tree so I could construct the wall.” Abu Lubabah replied, “No, it is mine.” The boy then said, “Then sell it to me!” Abu Lubabah refused once again. The boy said, “By Allah, I am going to complain to Prophet of Allah!” He went and told what exactly had happened with him.

When Abu Dahdah heard this and saw the boy crying, he went close to the Prophet and said, “If I purchase the same tree, will I get the same offer?” The Prophet replied, “Yes.” Then, Abu Dahdah ran after Abu Lubabah and said, “O Abu Lubabah, do you know my orchard? (His house was in the orchard and some scholars said it had 400 trees whilst others said it had 600) It is yours for that tree!” Abu Lubabah turned around and said, “Are you out of your mind?” Abu Dahdah replied, “No, it is yours and O people be witness!” Then he went where the Prophet and the boy were and said to him, “O boy, that tree is yours!”

Abu Dahdah then went to his old orchard thinking about how he can convince his wife about what happened. He called out from outside, “O Umm Dahdah!” She replied, “Yes, O Abu Dahdah!” He said, “Come out of the orchard” She asked, “Why?” He said, “We have sold it to Allah and His Messenger!” She said, “What a successful deal!” Then, Umm Dahdah got their children out of the orchard. They were carrying some dates, she got hold of their hands, opened them and threw the dates back into the orchard and said, “They are for Allah my child.” And thus, Abu Dahdah sold off his 400 trees plus his home for a tree in Heaven.”

Eternal bliss of Paradise is highly and more expensive than anything else. 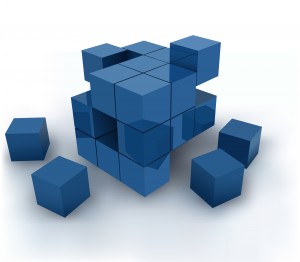 For a believer, the relationship with God is the most significant business. It is the business of life.

After the departure of the Prophet and Abu Bakr to Madinah, Suhayb continued to bide his time, waiting for an opportunity to join them. He remained unsuccessful. The eyes of his guards were ever alert and watchful. The only way out was to resort to a stratagem.

One cold night, Suhayb pretended he had some stomach problems and went out repeatedly as if responding to calls of nature. His captors said one to another:

“Don’t worry. Al-Lat and Al-`Uzza are keeping him busy with his stomach.”

They became relaxed and sleep got the better of them. Suhayb quietly slipped out as if he was going to the toilet. He armed himself, got ready a mount and headed in the direction of Madinah.

When his captors awoke, they realized with a start that Suhayb was gone. They got horses ready and set out in hot pursuit and eventually caught up with him. Seeing them approach, Suhayb clambered up a hill. Holding his bow and arrow at the ready, he shouted: “Men of Quraysh! You know, by God, that I am one of the best archers and my aim is unerring. By God, if you come near me, with each arrow I have, I shall kill one of you. Then I shall strike with my sword.”

“What would you say if I leave you my wealth?” interrupted Suhayb. “Would you get out of my way?”

Suhayb described the place in his house in Makkah where he had left the money, and they allowed him to go.

He set off as quickly as he could for Madinah cherishing the prospect of being with the Prophet and of having the freedom to worship God in peace. On his way to Madinah, whenever he felt tired, the thought of meeting the Prophet sustained him and he proceeded with increased determination. When Suhayb reached Quba, just outside Madinah where the Prophet himself alighted after his Hijrah, the Prophet saw him approaching. He was over-joyed and greeted Suhayb with beaming smiles.

And there is a type of man who gives his life to earn the pleasure of God. And God is full of kindness to His servants.” (Al-Baqarah 2:2O7) (Al-Bayhaqi)

Now, we know the factors of a business of God, and read the stories of the companions and their relations and business with God. The question is: What is about our business with God? Do we have one? Is it fruitful or fruitless? Did we win in this passing year? What is about our good deeds; prayer, charity, recitation of the Qur’an, and striving in the cause of Allah? Were our good deeds accepted or rejected? Do we have plans to increase the good deeds, avoid misdeeds and remedy my shortcomings?

Let everyone of us answer these questions with himself.