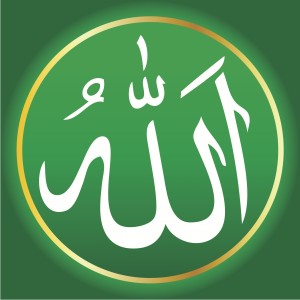 The responsibility of humans who are endowed with the power of observation and inference is to acknowledge and accept the Ultimate Reality of Allah Almighty.

Indeed we “see” God not with our eyes, but with our intellect that prompts us to ponder over the wonders of creation…

Indeed the knowledge of Allah Almighty given to us through the revelations to our Prophet Muhammad, peace be upon him, is the most beneficial knowledge we can have. Because, it is this knowledge that enables us to know our Lord and worship Him in the manner He should be worshipped.

Without God allowing us to drink a drop from the Boundless Ocean of Knowledge, we would have been completely lost. But God is All Merciful. So He communicated with man:

“Say: “He is the One God: God the Eternal, the Uncaused Cause of All Being. He begets not, and neither is He begotten; and there is nothing that could be compared with Him.” (Al-Ikhlas 112:1-4)

In the above verse, Allah is called “as-Samad”, which is rendered by the famous Qur’an translator Muhammad Asad as “the Eternal Uncaused Cause of All Being.” The term “as-Samad” is used in the Qur’an only once, and it stands for an Independent and Eternal Creator who originated everything and on whom everything depends for its existence.

The verses, “there is nothing that could be compared with Him” (Al-Ikhlas 112:4) and “There is nothing like unto Him…” (Al-Shura 42:11) underscore the fact that God is one and unique in every respect. For this reason, any attempt on our part to describe God through the use of similes or symbols may verge on blasphemy. The maximum we can do is to quote the Qur’an and the Sayings of the Prophet that deal with God and His attributes. Because God is far above the phenomenal world He has created; and consequently He is beyond the scope of human perception familiar with the material world.

Hence the question, “Why can’t we see God?” is a meaningless one. Because, the laws of physics, for instance, that govern the workings of the universe do not govern transcendental existence. It is God who created this world within the bounds of space and time and for that reason the laws He has set for this world do not apply to Him:

“No vision can grasp Him, but His grasp is over all vision: He is above all comprehension, yet is acquainted with all things.” (Al-An’am 6:103)

Since Allah is entirely different from all things created and far above His creation, His attributes cannot be like the attributes of any of His creation. And yet, in our imperfect language when we try to speak of the Transcendence of God, we are constrained to use the same expressions we use to describe limited mundane beings. Certainly this is likely to create some confusion; but when we read or speak about God, we must bear in mind the huge difference between the Creator and the created.

For instance, we may read in several places in the Qur’an that “Allah is He Who hears and sees (all things).” (Al-Hajj 22:75) We too can hear and see. But our seeing and hearing are limited by the limitations of our eyes and ears. Allah Almighty can hear millions of people praying at the same time in hundreds of languages from every corner of the earth and understand each of their prayers; and what is more, if He wants, He can see and hear them even before they pray. But we cannot see or hear beyond a particular distance, and if two persons speak to us simultaneously we can listen to only one of them.

The foregoing means that Allah Almighty’s ability to see and hear is nothing like our seeing and hearing.

Allah Almighty says in His Qur’an what means:

“He is the First and the Last, the Evident and the Immanent: and He has full knowledge of all things.” (Al-Hadid 57:3)

“And verily, it is We Who give life, and Who give death: it is We Who remain inheritors after all else passes away.” (Al-Hijr 15:23)

It is clear from the above verses that all beings and things subject to our sensual perception have only a fleeting existence in this ephemeral world and that the Ultimate Reality is Allah alone.

The responsibility of humans who are endowed with the power of observation and inference is to acknowledge and accept the Ultimate Reality of Allah Almighty. Genuine Iman demands a faithful affirmation of the Ultimate Transcendent Reality, made out of conviction supported by reason. And so the Qur’an urges its readers to observe and ponder over the natural phenomena visible in the world around us as the “Signs of Allah Almighty”:

“Behold! In the creation of the heavens and the earth; in the alternation of the night and the day; in the sailing of the ships through the ocean for the profit of humankind; in the rain which Allah sends down from the skies, and the life which He gives therewith to an earth that is dead; in the beasts of all kinds that He scatters through the earth; in the change of the winds, and the clouds which they trail like their slaves between the sky and the earth;- Here indeed are signs for a people who are wise.” (Al-Baqarah 2:164)

And Allah says what means:

“He is Allah, the Creator, the Evolver, the Bestower of Forms (or Colours). To Him belong the Most Beautiful Names: whatever is in the heavens and on earth, doth declare His Praises and Glory: and He is the Exalted in Might, the Wise.” (Al-Hashr 59:24)

“The Most Beautiful Names” of Allah actually stand for His attributes of perfection and Prophet Muhammad, peace be upon him, has said in a well-known hadith: “Verily, there are ninety-nine names of God, one hundred minus one. He who enumerates them (and believes in them) would get into Paradise.” (Bukhari)

“The Creator”, “the Evolver” and “the Bestower of Forms” refer possibly to three aspects of Allah’s Creative Act which simultaneously take place. [Allah knows best.] We know that humans usually undertake their ‘creative’ efforts in a long and tedious process: They conceive an idea in the beginning; plan and design it and then look for the necessary resources for it and then slowly and laboriously work to execute its production. But Allah’s act of creation is a matter of His Will: He says in the Qur’an what means:

“God is He save whom there is no deity: the Sovereign Supreme, the , the One with whom all salvation rests, the Giver of Faith, the One who determines what is true and false, the Almighty, the One who subdues wrong and restores right, the One to whom all greatness belongs! Utterly remote is God, in His limitless glory, from anything to which men may ascribe a share in His divinity!” (Al-Hashr 59:23)

Indeed we “see” God not with our eyes, but with our intellect that prompts us to ponder over the wonders of creation and exclaim:

“O our Sustainer! Thou hast not created [aught of] this without meaning and purpose. Limitless art Thou in Thy glory! Keep us safe, then, from suffering through fire!” (Aal ‘Imran 3:191)

Professor Shahul Hameed is a consultant to Ask About Islam. He was previously the Head of the Department of English, Farook College, Calicut University, India. He also held the position of president of the Kerala Islamic Mission, Calicut, India. Professor Shahul Hameed is the author of three books on Islam published in the Malayalam language. His books are on comparative religion, the status of women, and science and human values. Professor Shahul Hameed has published poems and articles in various magazines. He has also presented papers and given talks on topics related to Islam in several conferences and seminars.