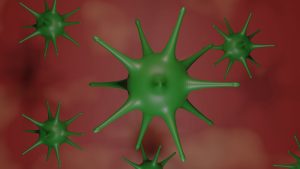 The WHO has declared a state of emergency due to the outbreak of coronavirus (CoV) originated in Wuhan, China.

The coronavirus causes illness ranging from the common cold to more severe diseases.

The coronavirus has caused the death of more than 100 persons so far and the injury of more thousands.

Coronavirus: Safety Precautions from the Quran and Sunnah

Before the Outbreak of the Disease

Islam calls its followers to protect themselves against diseases through the following guidelines:

1- One of the objectives of the Shariah is the preservation of the soul. Therefore, everyone must take all necessary measures to protect themselves against any harm.

2- Islam emphasizes the importance of cleanliness. Prophet Muhammad (peace be upon him) said:

“Purification is half of faith.” (Muslim)

Islam made ablution a pre-requisite for the validity of prayer. Prophet Muhammad said:

“If there were a river at the door of one of you in which he takes a bath five times a day, would any soiling remain on him?” They replied, “No soiling would left on him.” The Prophet said, “That is the five obligatory prayer. Allah obliterates all sins as a result of performing them.” (Al-Bukhari and Muslim)

“Had I not thought it difficult for my Ummah, I would have commanded them to use the Miswak (tooth-stick) before every prayer.” (Al-Bukhari and Muslim)

Therefore, ablution and using tooth-stick are one of the means of protecting our bodies from diseases and viruses.

“Five practices are the inborn characteristics of man; circumcision, shaving the pubes, plucking out hair under the armpit, paring the nails and clipping the moustaches. (Abu Dawud)

A close look at these rituals would reveal that they play a great role in protecting the body from diseases.

4- Islam made lawful for Muslims all the good foods and drinks and made unlawful to them all what causes harm to them and their bodies. We read in the Quran what means:

*{Those who follow the Messenger, the unlettered prophet, whom they find written in what they have of the Torah and the Gospel, who enjoins upon them what is right and forbids them what is wrong and makes lawful for them the good things and prohibits for them the evil and relieves them of their burden and the shackles which were upon them. So they who have believed in him, honored him, supported him and followed the light which was sent down with him – it is those who will be the successful.}* (Al-Araf 7:157)

“A human being has never filled any vessel which is worse than his own belly.” (At-Tirmidhi)

Prophet Muhammad commands Muslims to cover their food and drinks. He said:

“Cover up the (kitchen) containers (i.e., pots, pans, etc.), tie up the mouth of the water-skin, lock up the doors and extinguish the lamps, because Satan can neither untie the water-skin nor open the door nor uncover the containers. If one can cover the cooking pot even by placing a piece of wood across it, and pronounce the Name of Allah on it, let him do it. A mouse can sometimes cause a house to burn along its dwellers.” (Muslim)

6- Islam has put rules and regulations on interactions with the opposite gender. Islam prohibited adultery and homosexuality which are the causes of many diseases.

After the Outbreak of the Disease

1- When a Muslim is afflicted with a certain disease, he has to look at it as a test from Allah the Almighty. Prophet Muhammad said:

When you face trials and difficulties with patience, you feel inner peace and a state of psychological health that will help you defeat the disease.

“Make use of medical treatment, for Allah has not made a disease without appointing a remedy for it, with the exception of one disease, namely old age.” (Abu Dawud)

3- When there is an outbreak of a disease, Islam commands Muslims to practice quarantine. Prophet Muhammad said:

If you get wind of the outbreak of plague in a land, do not enter it; and if it breaks out in a land in which you are, do not leave it.” (Al-Bukhari and Muslim)

4- It is an act of sunnah to say these duaas (supplications) to protect yourself from coronavirus and other infectious diseases:

“O Allah, I seek refuge in You from leprosy, madness, elephantiasis, and evil diseases.” (Abu Dawud)

When Prophet Muhammad visited any ailing member of his family, he would touch the sick person with his right hand and would supplicate:

[O Allah! the Lord of mankind! Remove this disease and cure (him or her)! You are the Great Curer. There is no cure but through You, which leaves behind no disease].” (Al-Bukhari and Muslim)

It is sunnah to read these chapters of the Quran on the sick person: Surat Al-Fatihah, Surat Al-Falaq, Surat An-Nas, Ayat al-Kursi, the last two verses from Surat al-Baqarah, and Al-Anbiya 21:83.