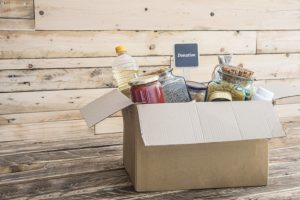 The Prophet has clarified that charity is not accepted by God unless it comes from legitimate earnings.

Many people receive God’s great bounty, but they are mindful only of their own desires, careless about others.

They immerse themselves in pleasures at the expense of the hungry. In their arrogance, they look with disdain at others.

God has warned believers against such stupidity: 

Believers! Do not let your riches or your children make you oblivious of the remembrance of God. Those who do so will surely be the losers. Give, then, out of what We have provided for you, before death comes to any of you, and then he says, ‘My Lord, if You would grant me a delay for a short while, I would give in charity and be one of the righteous’. (Al-Munafiqun 63:9-10)

When we study the life of the Prophet (peace be upon him), we are amazed at the great emphasis he insistently placed on charity, and the strong words he said against miserliness. We can say for certain that all philosophies that discard faith and appeal to the masses could only flourish in materialistic environments and in blind individualism.

By contrast, every morning, as people went about their work, Prophet Muhammad reminded them of these truths.

“As people begin their day every morning, two angels descend to the earth and pray: Our Lord, grant the one who spends in charity better compensation and deal ruin to the miserly.” (Muslim)

In a hadith qudsi (Divine Hadith) the Prophet mentions that God says: “My servant, spend on others and I will give you more”.

The Prophet adds: “God’s hand is full of riches that are not diminished by spending; it overflows day and night. Can you think of how much He gave away since He created the heavens and the earth? It did not decrease what He has”.

The Prophet has clarified that charity is not accepted by God unless it comes from legitimate earnings. God has required His messengers, in particular, and all people in general, to make sure that they earn their living in a legitimate way.

He says to all Prophets:

Messengers! Eat of that which is wholesome, and do good deeds. (Al-Mu’minun 23:51)

To all others, He says:

Believers, eat of the wholesome things We have provided for you, and give thanks to God, if it is truly Him that you worship. (Al-Baqarah 2:172)

These were the teachings that produced a society in which the rich are very kindly to the poor. They disdain the worship of money and reject any gain that comes from suspicious sources. The Prophet provided for them a living example, showing them the right way to follow. In relation to worldly riches and wealth, he combined the two noble characteristics of a wealthy person who is full of gratitude and a poor one who is always patient in adversity.

Yes, indeed, he had wealth. God says to him in the Quran:

When he was young, his wealth came from his profitable trading for his wealthy wife. Later, his share of the spoils of war was enormous, but he kept nothing of all this for himself. He used it all to enable the poor to meet their needs. He would give away everything he had. His wives followed his example, and they would often give whatever they had, and then discover that they had left themselves nothing to buy their dinner.

During his last illness, he was concerned about a small gold coin he had. He would not rest until it had been given away to the poor. He wondered: ‘How can I meet God if it remains with me?’

It is well known that whatever he owned could not be inherited by any relatives of his. This is a rule that applied to all prophets. Everything he left behind was given away to charity. In his prayers, Abu Sa`id Al-Khudri narrated, he used to say: “My Lord, give Muhammad’s household provisions that are just sufficient for their living”. (Al-Bukhari and Muslim)

Therefore, when he departed this life to be with God, he was almost like the people of heaven in his attitude to the riches and comforts of this world. He wanted nothing of them.