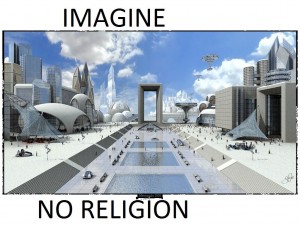 “No religion” occupies the 3rd place worldwide! Tell us what you think.

According to a study entitled “The Global Religious Landscape” issued by the Pew Forum on Religion and Public Life, people with no religious affiliation make up the third-largest global group of the size of the world’s faiths, placing after Christians and Muslims and just before Hindus.

The study, based on extensive data for the year 2010, also showed Islam and Hinduism are the faiths mostly likely to expand in the future while Jews have the weakest growth prospects.

What do you think of this?

Can we really live or do without religion?

Tell us what you think.