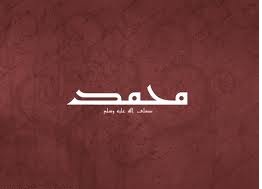 The Qur’an itself emphasizes that Allah has chosen the Prophet (peace be upon him) as an example for Muslims to follow and that obeying him is the same as obeying Allah.

After hundreds of Muslims were tortured and killed by the polytheists of Mecca the question arises, “Did the Prophet take revenge and massacre these people once he has the chance?” No! He forgave all his former enemies and declared that anyone who did not bear arms is safe and under the protection of the new rule. After all of what the media tries to portray Allah says:

He then marched to the Ka`bah, where he ordered his companions to join him in destroying all the idols. He (peace be upon him) asked [Bilal] to climb on top of the Ka`bah and call for the Prayer. Upon this great event most pagans embraced Islam realizing the Prophet’s mercy.

“We have put the means of ignorance behind us now; we must drop all ties with usury. There is to be justice and no one should ever be oppressed in this Holy Land again. All men are equal, be they black or white, rich or poor, or Arab or non-Arab. The thing that distinguishes us from one another is piety. There shall be no more paganism in the Arabian Peninsula. We must be respectful, loving, gentle and just in dealing with our women. We will be called to account for how we dealt with our mothers, wives and daughters on the Day of Judgment.” (Al-Tabari)

During this time the verse was revealed to him:

This day I have perfected for you your religion and completed My favor upon you and have approved for you Islam as religion. (Al-Ma’idah 5:3)

The Legacy of Prophethood Is Sealed

Soon after this he fell ill and after almost three months, he died in 632 C. E. in Medinah. He was buried in the chamber of his house next to the first mosque of Islam which is named after Him. May Allah’s Peace and Mercy be upon Him!

Amazingly, through 23 years, over a hundred assassination attempts and a number of battles he did not die. Yet, when the conclusion of Allah’s message came he passed within a few months. This is exactly what we should expect for the final Messenger to mankind.

It is He who has sent among the unlettered a Messenger from themselves reciting to them His verses and purifying them and teaching them the Book and wisdom – although they were before in clear error. (Al-Jumu`ah 62:2)

The book of Allah is known as the Qur’an, and the wisdom is contained in what we call the Sunnah, which is a compilation of authentically recorded Hadiths (i.e. narrations) handed down by a few generations word for word. The scholars then agreed to collect all these available Hadiths which consist of the Prophet’s sayings, actions, his description physically and morally, and tacit approvals. These Hadiths have been collected into hundreds of books and classified into authentic, weak and fabricated based upon many rules. The Sunnah contains the living example of the Prophet (peace be upon him) and the practical application of Allah’s revelation.

When asked by some of companions “How was the general manner of the Prophet (peace be upon him)?” `A’isha, the widow of the Prophet and Mother of the Believers, (may Allah be pleases with her) said, “His character was the Qur’an” (Al-Bukhari)