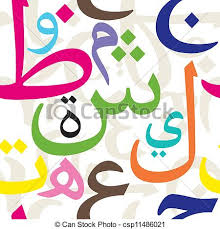 Modern Standard Arabic has been accepted as a common and unifying bond among the Arabs, transcending their diversity in economic status, political realities, religious beliefs, and national aspirations.

The Arab intellectual awakening of the nineteenth century led to a call for Arabization which, in one of its meanings, referred to the policy of adopting Arabic as the national official language of newly independent states. A second sense, used by some writers, concerned the assimilation of foreign vocabulary into Arabic in a way that would make the language suitable for modern life, while at the same time preserving its essential character. The new demands placed on the language came to symbolize the conflict between adherence to tradition and the desire for modernity. The modernization of Arabic, an effort in which language academies as well as individuals participated, generally focused on three areas of concern: orthographical reform, grammar simplification, and vocabulary development.

Between 1938 and 1968, the Egyptian academy received over 300 reform proposals, demonstrating the degree to which attention was focused on this area. These proposals ranged from simple modifications in spelling to a complete replacement of the existing system with a Latin-type alphabet. They generally addressed two problems: the high cost of printing due to contextual variations in letter forms and the relative difficulty of learning the Arabic writing system compared with Western alphabets. The orthographical reform proposals failed because they either represented a break with a very important tradition, introduced new complexities, or fell short of the esthetic standards that Arabs have traditionally placed on the system. Advances in printing technology and the increased use of computers have resolved most of the issues that concerned earlier reformers.

The drive for Arabization brought to the fore the Arabic diglossic situation — a wide gap between the Classical and the Colloquial varieties. In searching for a suitable literary and educational standard, some argued for the use of the Classical language with its rich history while others argued for the use of the Colloquial varieties that were more natural and less cumbersome to learn. Some Colloquial proponents argued that Classical Arabic was a dead language that belonged to a by-gone age, had a complex grammar, and lacked a modern scientific vocabulary. Classical proponents countered by pointing out that Arabic had proven itself in the past through its flexibility and ability to adapt to new situations. Additionally, it was the most important bond among Arabs and of utmost importance to all Muslims, Arabs and non-Arabs alike.

Having accepted a modernized version of Classical Arabic (Modern Standard Arabic) as a common standard among Arabs, the majority of intellectuals agreed on the need for grammar reform and simplification, although they disagreed on the nature and extent of the reform. Some proposed the elimination of certain grammatical contrasts not present in the dialects. For instance, the literary language distinguishes between two cases for the word meaning ‘two books,’ KiTaaBaan (when used as subject) and KiTaaBayn (when used as object). Eliminating the subjective form would simplify the grammar and make it closer to familiar spoken dialects. This type of simplification, as might be expected, encountered strong resistance as it threatened to effect a radical structural change in the language. When the subject of grammar simplification is now discussed, it usually refers to teaching methods aimed at helping learners cope with acquiring the literary language. 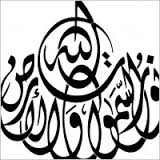 The development of scientific and technical vocabulary is an ongoing process which has received its fair share of attention. The Syrian academy is credited with leading the way since the early twentieth century and the Syrian University pioneered the use of Arabic as the language of instruction in fields such as law, science, and medicine. The lack of coordination among the academies, however, and the proliferation of new terminology led to the establishment of the Bureau of Arabization in Rabat in 1961 which has published a number of technical dictionaries dealing with various disciplines.

The procedure for introducing new vocabulary ideally followed certain steps. The first step involved searching old dictionaries and texts for an obsolete word which might fit the desired meaning. If no appropriate word was found, then a literal translation of the term was given: for example, `ilm al hayaat ‘life science’ for biology. When a literal translation was not possible, then coining a new word from an existing Arabic root was recommended: sayyaara ‘car’ derived from the root SYR whose meaning is associated with ‘movement.’ As a last resort, it was acceptable to borrow a foreign word and modify it to fit the Arabic phonological system: siinama ‘cinema’ and fiilm ‘film.’

In real practice, however, scientists, teachers, and journalists have been more pragmatic and more liberal in their use of foreign borrowings. This has resulted in multiple words for the same concept and the acceptance in common usage of words which may not have been officially endorsed by the academies. In addition to thousands of Arabized foreign words now part of Modern Standard Arabic, the language has acquired numerous foreign phrases and expressions more or less literally translated from languages like French and English.

The addition of a large number of new words has made it necessary to channel considerable efforts into lexicography, or the compilation of dictionaries. Traditional Arabic dictionaries listed words alphabetically according to their root consonants. Thus words like KiTaaB ‘book,’maKTuuB ‘letter,’ and taKTuBu ‘she writes’ would all be listed under K, the first letter of the root they all share. The value of this arrangement lies in revealing the etymological relations among various words. While using a dictionary of this type is not difficult for those familiar with Arabic’s morphological structure, the task becomes cumbersome and confusing for beginners who may not be able to readily identify the root. Some recent dictionaries list words alphabetically and some attempt to combine the traditional root system and the alphabetical system.

The Influence of Arabic on Other Languages 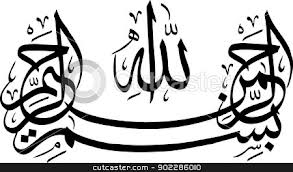 As both the language of Islam and a medium of culture and learning for five centuries, Arabic came into close contact with several other languages. Asian and African languages such as Urdu, Turkish, Farsi, and Hausa borrowed a large number of Arabic words dealing with various aspects of culture, particularly those related to Islam. Spanish and Portuguese came into direct contact with Arabic as a result of the Arab conquest. European Crusaders from various linguistic backgrounds interacted with Arabs and acquired words relating to food, clothing, and other aspects of ordinary living. As Europe emerged from its dark ages, it turned to Arabic writings for enlightenment and rediscovered classical Greek and Latin texts preserved in Arabic translations. Even languages like English, which had relatively little direct contact with Arabic, borrowed many Arabic words, often indirectly through Portuguese, Italian, and Spanish. A linguistic study of the contributions of Arabic to English cites over 2,000 English words either of Arabic origin or borrowed and assimilated into Arabic before being transmitted to other languages (Cannon).

With the beginning of the twenty-first century, a revitalized Arabic language has emerged following a century of struggle and growth that introduced a number of changes and reforms. The debate concerning the viability of literary Arabic as the medium for education, technology, and mass communication has virtually come to a halt. Modern Standard Arabic has been accepted as a common and unifying bond among the Arabs, transcending their diversity in economic status, political realities, religious beliefs, and national aspirations.

Dr. Samir Abu-Absi, Professor Emeritus of English at the University of Toledo, received his B.A. degree in English from the American University of Beirut and his M.A. and Ph.D. in Linguistics from Indiana University. His teaching and scholarly interests have focused on the study of language structure — particularly English and Arabic, the application of linguistic principles to language instruction, and the relationship between language and culture.