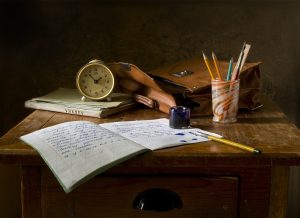 When Prophet Muhammad (peace be upon him) started to preach the message of Islam to the people of Mecca, he faced many challenges. He and his few followers were put to persecution and severe physical and psychological torture. Therefore, Prophet Muhammad had to leave Mecca and migrate to Medina.

In Median, Prophet Muhammad established a new Muslim community which lived with the Jews of Medina.

Soon, Prophet Muhammad started to send message to the rulers, emperors and kings of the neighboring countries.

Prophet Muhammad wrote to Heraclius, the Byzantine Emperor and invited him to Islam and sent him his letter with Dihya Al-Kalbi whom Prophet Muhammad ordered to hand it over to the Governor of Busra who would forward it to Caesar.

Caesar, as a sign of gratitude to Allah, had walked from Hims to Ilya’ (i.e. Jerusalem) when Allah had granted Him victory over the Persian forces. So, when the letter of Prophet Muhammad reached Caesar, he said after reading it, ‘Seek for me any one of his people! (Arabs of Quraish tribe) if present here, in order to ask him about Prophet Muhammad.

At that time Abu Sufyan, Sakhr bin Harb, was in Sham (Syria) with some men frown Quraish who had come (to Sham) as merchants during the truce that had been concluded between Prophet Muhammad and the infidels of Quraish.

Abu Sufyan said, Caesar’s messenger found us somewhere in Sham so he took me and my companions to Ilya and we were admitted into Ceasar’s court to find him sitting in his royal court wearing a crown and surrounded by the senior dignitaries of the Byzantine.

The following dialogue took place between Abu Sufyan and Hercalius was retold by Sufyan in authentic books of hadith.

Let’s read the dialogue carefully to see the nature of the questions asked by Heraclius and the answers given by Abu Sufayn who, though not Muslim, told the truth.

He said to his translator. ‘Ask them who amongst them is a close relation to the man who claims to be a prophet.”

Abu Sufyan added, “I replied, ‘I am the nearest relative to him.’

He asked, ‘What degree of relationship do you have with him?’

I replied, ‘He is my cousin,’ and there was none of Bani Abd Manaf in the caravan except myself.

He then ordered that my companions stand behind me near my shoulder and said to his translator, ‘Tell his companions that I am going to ask this man about the man who claims to be a prophet. If he tells a lie, they should contradict him immediately.”

Abu Sufyan added, “By Allah! Had it not been shameful that my companions label me a liar, I would not have spoken the truth about him when he asked me. But I considered it shameful to be called a liar by my companions. So, I told the truth.

He then said to his translator, ‘Ask him what kind of family does he belong to.’

I replied, ‘He belongs to a noble family amongst us.’

He said, ‘Has anybody else amongst you ever claimed the same before him?

He said, ‘Had you ever blamed him for telling lies before he claimed what he claimed?’

He said, ‘Was anybody amongst his ancestors a king?’

He said, “Do the noble or the poor follow him?’

I replied, ‘It is the poor who follow him.’

He said, ‘Are they increasing or decreasing (day by day)?’

I replied,‘ They are increasing.’

He said, ‘Does anybody amongst those who embrace his (the Prophet’s) Religion become displeased and then discard his Religion?’.

He said, ‘Does he break his promises?

I replied, ‘No, but we are now at truce with him and we are afraid that he may betray us.”

Abu Sufyan added, “Other than the last sentence, I could not say anything against him.

Caesar then asked, ‘Have you ever had a war with him?’

He said, ‘What was the outcome of your battles with him?’

I replied, ‘The result was unstable; sometimes he was victorious and sometimes we.’

He said, ‘What does he order you to do?’

I said, ‘He tells us to worship Allah alone, and not to worship others along with Him, and to leave all that our fore-fathers used to worship. He orders us to pray, give in charity, be chaste, keep promises and return what is entrusted to us.’ 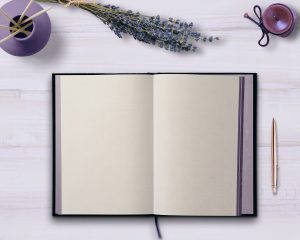 When I had said that, Caesar said to his translator, ‘Say to him: I ask you about his lineage and your reply was that he belonged to a noble family. In fact, all the apostles came from the noblest lineage of their nations.

Then I questioned you whether anybody else amongst you had claimed such a thing, and your reply was in the negative. If the answer had been in the affirmative, I would have thought that this man was following a claim that had been said before him.

When I asked you whether he was ever blamed for telling lies, your reply was in the negative, so I took it for granted that a person who did not tell a lie about (others) the people could never tell a lie about Allah.

Then I asked you whether any of his ancestors was a king. Your reply was in the negative, and if it had been in the affirmative, I would have thought that this man wanted to take back his ancestral kingdom.

When I asked you whether the rich or the poor people followed him, you replied that it was the poor who followed him. In fact, such are the followers of the apostles.

Then I asked you whether his followers were increasing or decreasing. You replied that they were increasing. In fact, this is the result of true faith till it is complete (in all respects).

I asked you whether there was anybody who, after embracing his religion, became displeased and discarded his religion; your reply was in the negative. In fact, this is the sign of true faith, for when its cheerfulness enters and mixes in the hearts completely, nobody will be displeased with it.

I asked you whether he had ever broken his promise. You replied in the negative. And such are the apostles; they never break their promises.

When I asked you whether you fought with him and he fought with you, you replied that he did, and that sometimes he was victorious and sometimes you. Indeed, such are the apostles; they are put to trials and the final victory is always theirs.

Then I asked you what he ordered you. You replied that he ordered you to worship Allah alone and not to worship others along with Him, to leave all that your fore-fathers used to worship, to offer prayers, to speak the truth, to be chaste, to keep promises, and to return what is entrusted to you. These are really the qualities of a prophet who, I knew (from the previous Scriptures) would appear, but I did not know that he would be from amongst you. If what you say should be true, he will very soon occupy the earth under my feet, and if I knew that I would reach him definitely, I would go immediately to meet Him; and were I with him, then I would certainly wash his feet.’ ”

Abu Sufyan added, “Caesar then asked for the letter of Prophet Muhammad and it was read. Its contents were:

“In the name of Allah, the most Beneficent, the most Merciful (This letter is) from Muhammad, the slave of Allah, and His Apostle, to Heraclius, the Ruler of the Byzantine. Peace be upon the followers of guidance. Now then, I invite you to Islam (i.e. surrender to Allah), embrace Islam and you will be safe; embrace Islam and Allah will bestow on you a double reward. But if you reject this invitation of Islam, you shall be responsible for misguiding the peasants (i.e. your nation). O people of the Scriptures! Come to a word common to you and us and you, that we worship. None but Allah, and that we associate nothing in worship with Him; and that none of us shall take others as Lords besides Allah. Then if they turn away, say: Bear witness that we are (they who have surrendered (unto Him.) (Aal Imran 3:64)

Abu Sufyan added, “When Heraclius had finished his speech, there was a great hue and cry caused by the Byzantine Royalties surrounding him, and there was so much noise that I did not understand what they said. So, we were turned out of the court. When I went out with my companions and we were alone, I said to them, ‘Verily, Ibn Abi Kabsha’s (i.e. the Prophet’s) affair has gained power. This is the King of Bani Al-Asfar fearing him.”

Abu Sufyan added, “By Allah, I remained low and was sure that his religion would be victorious till Allah converted me to Islam.”

“Ibn An-Natur was the Governor of llya’ (Jerusalem) and Heraclius was the head of the Christians of Sham. Ibn An-Natur narrates that once while Heraclius was visiting ilya’ (Jerusalem), he got up in the morning with a sad mood. Some of his priests asked him why he was in that mood? Heraclius was a foreteller and an astrologer. He replied, ‘At night when I looked at the stars, I saw that the leader of those who practice circumcision had appeared (become the conqueror). Who are they who practice circumcision?’ The people replied, ‘Except the Jews nobody practices circumcision, so you should not be afraid of them (Jews).

‘Just Issue orders to kill every Jew present in the country.’

(After hearing that) Heraclius remarked that sovereignty of the Arabs had appeared. Heraclius then wrote a letter to his friend in Rome who was as good as Heraclius in knowledge. Heraclius then left for Homs. (a town in Syrian and stayed there till he received the reply of his letter from his friend who agreed with him in his opinion about the emergence of the Prophet and the fact that he was a Prophet. On that Heraclius invited all the heads of the Byzantines to assemble in his palace at Homs. When they assembled, he ordered that all the doors of his palace be closed. Then he came out and said, ‘O Byzantines! If success is your desire and if you seek right guidance and want your empire to remain then give a pledge of allegiance to this Prophet (i.e. embrace Islam).’

(On hearing the views of Heraclius) the people ran towards the gates of the palace like onagers but found the doors closed. Heraclius realized their hatred towards Islam and when he lost the hope of their embracing Islam, he ordered that they should be brought back in audience.

(When they returned) he said, ‘What already said was just to test the strength of your conviction and I have seen it.’ The people prostrated before him and became pleased with him, and this was the end of Heraclius’s story (in connection with his faith). (Al-Bukhari)

From this story, we can conclude the following:

On the other hand, Heraclius confirmed all what Abu Sufyan told about Prophet Muhammad and made it clear that: