I was a very strong Christian before converting to Islam. It’s an extremely focal point of my faith journey and without it I would not be a Muslim.

My love for Jesus (peace be upon him) actually led me to Islam. Christianity is actually the closest religion to Islam, not only theoretically but also historically. 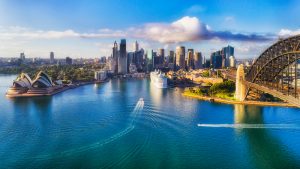 There are many misconceptions about what Islam teaches about Christianity. To begin, the Prophet Muhammad (Allah bless him and grant him peace) taught Muslims regarding how they should treat Christians.

To summarize it, we are to treat Christians with respect, and even if a Muslim man is married to a Christian woman, she cannot be stopped from praying in her place of worship. In Surat Al-Ma’idah (The Table Spread), 5:82, this is what it says –

‘and you will find the nearest of them in affection to the believers who say, “We are the Christians”. That is because among them are priests and monks and because they are not arrogant’. (Quran 5:82)

Christians and Jews are commonly referred to as ‘People of the Book’ in Islam, because we all have the same Abrahamic roots.

Jesus (peace be upon him) prostrated and humbled himself before God. He only performed miracles under God’s permission. He was an incredible prophet who taught love and compassion to the children of Israel.

The only difference between Christians and Muslims is that we take Jesus (peace be upon him) to be a prophet and not to be worshipped alongside God.

Islam teaches the Oneness of God, and to worship Allah alone and we believe that Jesus (peace be upon him) taught this himself. The term ‘Allah’, by the way, is the Arabic word for ‘God’ and is not just an Islamic term. Arab Christians also call God ‘Allah’.

However, after returning from Malaysia I felt like something was missing. I researched key aspects and foundations of Christianity, right down to the trinity and where the concept came from.

There are similarities between the Qur’an and the Bible. For me, the Qur’an answered many questions I had about my Christian faith for a long time. I could find no fault, no contradictions in the Qur’an. I listened to debates between world-renowned Biblical and Qur’anic scholars, and felt that the Qur’an made more sense.

My sheer drive to be a journalist has taken me to places I never imagined and allowed me to meet amazing people. I’ve interviewed famous people such as One Republic, Bastille, Marina Mahathir, Kristian Chong, Yannick Bovy, Sisters in Islam, Virginia Haussegger, Senator Michaelia Cash, VJ’s Hanli Hoefer and Alan Wong and the list goes on.

I’ve been to incredible events and interned at really great places. I am very fortunate to have experienced so much at such a young age while still completing my undergraduate degree in journalism.

However, the best part of being a journalist is being able to make some change in the world. To give people a voice, to learn about human beings and the world around me. This is so humbling and motivates me every day.

Being a journalist led me to learn about Islam.

Yes, I am still a journalist and still as motivated (if not more) as a Muslim woman. Incorporating my faith and career is not a difficult task, and in fact Islam helps me to appreciate people and the world around me in many different ways.

Interviewing UN Person of the Year, passionate leader of SIS (Sisters in Islam), writer and strong advocate for women’s rights Marina Mahathir definitely shaped my view of Muslim women’s rights and of Islam itself.

I still remember how sweaty my palms were. A million thoughts were rushing through my head. ‘Am I good enough?’ ‘Am I really cut out for journalism?’ This was my first interview with someone quite famous.

As soon as I met Marina, her quiet yet assertive nature impressed me and I immediately felt a sense of ease with her. I knew the interview was an important one, a life-changing one. She answered so many questions I had been asking myself since arriving in Malaysia.

The Qur’an does not teach inequality.

It does not permit men to beat their wives. Her knowledge was exuberating, and I felt as if I had a newfound understanding of something much bigger and deeper than I ever thought possible.

“We are all one people on this Earth, ” said Marina as we finished the interview. I smiled at her in appreciation, and looking back now I know that was the most important lesson I had learned thus far.

Despite various factors that apparently make us so different – such as national borders, countries, politics, culture, tribes, heritage, skin color, race and religion – we all bleed the same and breathe the same air. I think we should all try to remember this daily.

It’s Important Not to Judge Too Harshly

The most vital thing I’ve learnt in Islam which I incorporate into journalism is no matter what evil and good I see in people, it’s important not to judge too harshly (that would be bias for one, we need to be as objective as possible in our reporting) because EVERYONE is capable of anything.

‘The greatest jihad (struggle) is to battle your own soul; to fight the very evil within yourself,’ Prophet Muhammad (peace be upon him). We can always look at others and improve certain things about ourselves. There’s so much worldly wisdom in this one quote, and it truly inspires and humbles me.

But let me not disillusion you – becoming a Muslim and incorporating it into my way of life has not been easy in the slightest. It’s hard, and you learn more every day.

People judge you, even Muslims judge you. I’m not going to just put some holy light around it…being a Muslim has tested my patience more than ever before, more than I ever imagined. But they say the right path is not always the easiest one – and despite how hard it is at times, it also brings an incredible sense of peace in my heart and into my life.

I wouldn’t have it any other way. It is part of me now, but not all of me. It makes me happy, it makes me cry, and it makes me question a lot of things about society and about the Dunya (this life).

All I can say is that I find rest with Allah , and no matter what I go through, I know I am never alone every time I make Salat to my Creator. Truly,

Source: http: muslimsincalgary.ca with some modifications