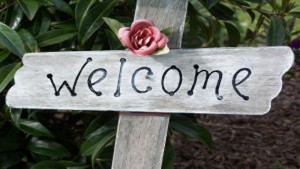 Indeed, all divine religions order welcoming and showing hospitality to strangers and prohibit mistreating or oppressing them. According to such religions, doing good to the strangers is considered an act of righteousness.

Again, the Old Testament orders good treatment and love for strangers. Moreover, it forbids wronging, mistreating and oppressing the strangers. We read the following verses:

“You shall neither mistreat a stranger nor oppress him, for you were strangers in the land of Egypt.” (Exodus 22:21)

Under Islam, a stranger is referred to as “Ibn Al-Sabil” (wayfarer) who is paid a lot of attention by Islam. The Qur’an considers that it is an act of righteousness to give money to a wayfarer.

We read the following verse:

Righteousness is not that you turn your faces toward the east or the west, but [true] righteousness is [in] one who believes in Allah , the Last Day, the angels, the Book, and the prophets and gives wealth, in spite of love for it, to relatives, orphans, the needy, the traveler… (Al-Baqarah 2:177)

The Qur’an orders doing good to wayfarers. We read the following verse:

Worship Allah and associate nothing with Him, and to parents do good, and to relatives, orphans, the needy, the near neighbor, the neighbor farther away, the companion at your side, the traveler… (An-Nisaa’ 4:36)

A wayfarer was entitled to a share in the war booty. In the Qur’an, we read the following verse:

And know that anything you obtain of war booty – then indeed, for Allah is one fifth of it and for the Messenger and for [his] near relatives and the orphans, the needy, and the [stranded] traveler… (Al-Anfal 8:41)

A wayfarer was also entitled to a share in the Zakah expenditures. In the Qur’an, we read the following verse:

Zakah expenditures are only for the poor and for the needy and for those employed to collect [zakah] and for bringing hearts together [for Islam] and for freeing captives [or slaves] and for those in debt and for the cause of Allah and for the [stranded] traveler – an obligation [imposed] by Allah. (At-Tawbah 9:60)

Prophet Muhammad urged Muslims to give money to the wayfarers. Abu Said Al-Khudry reports that the Messenger of Allah said: “This money is green and sweet. It is a good companion of the Muslim who gives from it to the orphan, the needy and the wayfarers.” (Ahmad)

According to Prophet Muhammad (peace be upon him), the one who denies a wayfarer his surplus water is one of three persons at whom God will not look on the Day of Judgment.

Abu Hurairah (may Allah be pleased with him) narrated that the Messenger of Allah (Glory be to Him) said, “There are three persons whom Allah will not look at on the Day of Resurrection, nor will He purify them and theirs shall be a severe punishment. They are: 1- A man possessed superfluous water, on a way and he withheld it from wayfarers. 2- A man who gave a pledge of allegiance to a ruler and he gave it only for worldly benefits. If the ruler gives him something he gets satisfied, and if the ruler withholds something from him, he gets dissatisfied. 3- And a man displayed his goods for sale after the `Asr prayer and he said, ‘By Allah, except Whom none has the right to be worshipped, I have been given so much for my goods,’ and somebody believes him (and buys them).” (Al-Bukhari)

According to Islam, a wayfarer is entitled to alms even if he is rich enough. The Messenger of Allah said: “Alms are not lawful for a rich person except in the cause of Allah, or to a wayfarer or a poor neighbor who is given alms and so he gives you a gift or invites you.” (Abu Dawud)