It is unlawful for the one giving sadaqah to remind the recipient of his generosity, to reproach him, or to make a show with his sadaqah. Allah warns: 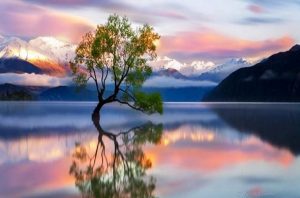 Allah does not accept sadaqah if it is from what is unlawful.

O you who believe! Do not invalidate your sadaqah by reminders of your generosity or by injury, like those who spend their property to be seen by men. (Al-Baqarah 2:264)

The Messenger of Allah (peace be upon him) said: “There are three (types of people). Allah shall not speak to them, notice them, or sanctify them; and for them is a grievous penalty.” Abu Dhar inquired: “O Messenger of Allah, who are the ones gone wrong and astray?” He replied: “Those who through conceit lengthen their garments to make them hang on the ground, who give nothing without reproach, and who sell their merchandise swearing untruthfully (to its quality).”

Giving What is Unlawful as Sadaqah

Allah does not accept sadaqah if it is from what is unlawful. The Messenger of Allah (peace be upon him) said: “O people! Allah is good and accepts only good, and He has instructed the believers through the Messengers. Allah, the Mighty and the Majestic, says: “O Messengers! Consume what is good and work righteously. I am well-acquainted with what you do”. (Al-Mu’minun 23:51) He also calls upon (you): “O you who believe! Consume of the good that We have provided for you” (Al-Baqarah 2:172). Then (the Messenger) mentioned a man who had traveled for a long time. Unkempt and covered in dust, he raised his hands to the heavens (and cried): “O my Lord! O my Lord!’ His food was unlawful, his drink was unlawful, his clothing was unlawful, and what he had provided to sustain himself with was also unlawful. How could his invocation be accepted?” (Muslim)

Also: “If one gives a date bought from honestly earned money (and Allah accepts only good), Allah accepts it in His right hand and enlarges (its rewards) for its owner (as one rears his foal) until it becomes as big as a mountain.” (Al-Bukhari)

Sadaqah of the wife from the property of her husband

It is permissible for the wife to give sadaqah from her husband’s holdings if she knows that he would not mind. However, it is unlawful if she is not sure of this: It is related from `A’ishah that the Messenger of Allah (peace be upon him) said: “When a wife gives something as sadaqah from the food of her home without causing any waste, she will get the reward for what she has given. Her husband will be rewarded for what he has earned, and the keeper (if any) will be similarly rewarded. The one does not reduce the reward of the other in any way.” (Al-Bukhari)

Abu Umamah reports that he had heard the Messenger of Allah, upon whom be peace, saying in a sermon during the year of the Farewell Pilgrimage: “The wife should not spend anything from the household of her husband without his permission.” He asked: “O Messenger of Allah! Not food either?” He said: “That is the most excellent of our holdings.” (At-Tirmidhi)

The article is an excerpt from the author’s translated book “Fiqh Us Sunnah”.