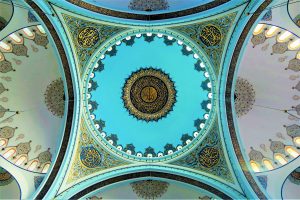 One major objective of this series is to provide a fair evaluation of what Islam contributed (or failed to contribute) toward the restoration of woman’s dignity and rights.

In order to achieve this objective, it may be useful to review briefly how women were treated in general in previous civilizations and religions, especially those which preceded Islam (Pre-610 C.E.).

Part of the information provided here, however, describes the status of woman as late as the nineteenth century, more than twelve centuries after Islam.

Describing the status of the Indian woman, Encyclopedia Britannica states:

In India, subjection was a cardinal principle. Day and night must women be held by their protectors in a state of dependence says Manu. The rule of inheritance was agnatic, that is descent traced through males to the exclusion of females.

Women as Portrayed in Hindu Scriptures

In Hindu scriptures, the description of a good wife is as follows:

“a woman whose mind, speech and body are kept in subjection, acquires high renown in this world, and, in the next, the same abode with her husband.”

In Athens, women were not better off than either the Indian or the Roman women.

“Athenian women were always minors, subject to some male – to their father, to their brother, or to some of their male kin. Her consent in marriage was not generally thought to be necessary and “she was obliged to submit to the wishes of her parents, and receive from them her husband and her lord, even though he were stranger to her.”

A Roman wife was described by an historian as: “a babe, a minor, a ward, a person incapable of doing or acting anything according to her own individual taste, a person continually under the tutelage and guardianship of her husband.”

In the Encyclopedia Britannica, we find a summary of the legal status of women in the Roman civilization:

In Roman Law, a woman was even in historic times completely dependent. If married, she and her property passed into the power of her husband . . . the wife was the purchased property of her husband, and like a slave acquired only for his benefit. A woman could not exercise any civil or public office . could not be a witness, surety, tutor, or curator; she could not adopt or be adopted, or make will or contract.

Among the Scandinavian races women were:

“under perpetual tutelage, whether married or unmarried. As late as the Code of Christian V, at the end of the 17th Century, it was enacted that if a woman married without the consent of her tutor he might have, if he wished, administration and usufruct of her goods during her life.”

According to the English Common Law:

“…all real property which a wife held at the time of a marriage became a possession of her husband. He was entitled to the rent from the land and to any profit which might be made from operating the estate during the joint life of the spouses. As time passed, the English courts devised means to forbid a husband’s transferring real property without the consent of his wife, but he still retained the right to manage it and to receive the money which it produced. As to a wife’s personal property, the husband’s power was complete. He had the right to spend it as he saw fit.”

Late Improvement of the Status of Women

Only by the late nineteenth Century did the situation start to improve.

“By a series of acts starting with the Married women’s Property Act in 1870, amended in 1882 and 1887, married women achieved the right to own property and to enter contracts on a par with spinsters, widows, and divorcees.”

As late as the Nineteenth Century, an authority in ancient law, Sir Henry Maine, wrote:

“No society which preserves any tincture of Christian institutions is likely to restore to married women the personal liberty conferred on them by the Middle Roman Law.”

In his essay The Subjection of Women, John Stuart Mill wrote:

We are continually told that civilization and Christianity have restored to the woman her just rights. Meanwhile the wife is the actual bondservant of her husband; no less so, as far as the legal obligation goes, than slaves commonly so called.

Before moving on to the Quranic decrees concerning the status of woman, a few Biblical decrees may shed more light on the subject, thus providing a better basis for an impartial evaluation. 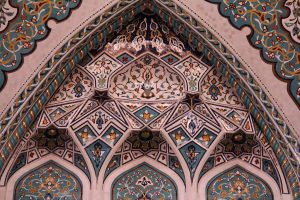 In the Mosaic Law, the wife was betrothed. Explaining this concept, the Encyclopedia Biblica states:

From the legal point of view, the consent of the girl was not necessary for the validation of her marriage. “The girl’s consent is unnecessary and the need for it is nowhere suggested in the Law.”

As to the right of divorce, we read in the Encyclopedia Biblica:

“The woman being man’s property, his right to divorce her follows as a matter of course.”

The right to divorce was held only by man. “In the Mosaic Law divorce was a privilege of the husband only …. ”

The position of the Christian Church until recent centuries seems to have been influenced by both the Mosaic Law and by the streams of thought that were dominant in its contemporary cultures.

In their book, Marriage East and West, David and Vera Mace wrote:

Let no one suppose, either, that our Christian heritage is free of such slighting judgments. It would be hard to find anywhere a collection of more degrading references to the female sex than the early Church Fathers provide.

Lecky, the famous historian, speaks of (these fierce incentives which form so conspicuous and so grotesque a portion of the writing of the Fathers . . . woman was represented as the door of hell, as the mother of all human ills. She should be ashamed at the very thought that she is a woman. She should live in continual penance on account of the curses she has brought upon the world.

She should be ashamed of her dress, for it is the memorial of her fall. She should be especially ashamed of her beauty, for it is the most potent instrument of the devil). One of the most scathing of these attacks on woman is that of Tertullian: Do you know that you are each an Eve? The sentence of God on this sex of yours lives in this age: the guilt must of necessity live too. You are the devil’s gateway: you are the unsealer of that forbidden tree; you are the first deserters of the divine law; you are she who persuades him whom the devil was not valiant enough to attack. You destroyed so easily God’s image, man.

On account of your desert – that is death – even the Sop of God had to die). Not only did the church affirm the inferior status of woman, it deprived her of legal rights she had previously enjoyed.

The Status of Women in Islam (Part 1: Introduction)