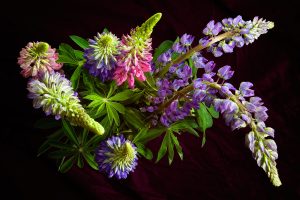 There is a grave error committed by Muslim evolutionists who accept the assertion that Allah used evolution to create living things. Unlike other evolutionists, such people do not directly say that life emerged by chance.

However, by maintaining that Allah used evolution in His creation, they willingly or otherwise support Darwinism on some points. According to their mistaken perspective, Allah must have used such evolutionary mechanisms as mutation and natural selection.

However, science has demonstrated that neither natural selection nor mutation can create a new species. In other words, they have no evolutionary force. Those who support the idea of evolutionary creation maintain that Allah uses mutations to change a living thing’s genetic data so that it can acquire useful organs, or that Allah first creates primitive creatures and then employs natural selection to turn them into more complex ones and to perfect them. In other words, He uses natural selection to add a new organ, lets already-existing organ atrophy, or do away with it altogether in order to turn one species into another.

It is quite normal for people who are unaware of the latest scientific developments to make such assumptions, particularly if they wish to support evolution. However, such a claim flies in the face of scientific fact. Moreover, as we shall see later, the Qur’an does not mention such a thing.

One thing needs to be made quite clear: Of course, Allah could have employed evolution to create living things if He had so willed. Yet the Qur’an contains no sign of evolution and not one verse supports the evolutionists’ claim of the stage-by-stage emergence of species. Science also reveals the falsity of such a claim.

Since the situation is so clear, there is no way for a Muslim to justify his/her support of it. The only possible reasons for such errors are a lack of information, an inferiority complex when dealing with evolutionists, and the belief that since evolutionists are in the majority they must necessarily be right.

Allah created the Universe from nothing

Allah creates everything, in the form and at the time that He chooses, without the use of any model and out of nothing. He is exalted above any defect and is rich beyond any need. He has no need of any cause, vehicle, or stages for His creation. Nobody should be deceived by the fact that everything is linked to given causes and natural laws. But Allah is beyond all these causes and laws since He created them.

Allah, the Lord of the Earth and the heavens, can also do away with these causes if He so wills. For instance, He can create people who do not need oxygen to survive and therefore do not need any lungs. Given this, why would He “need” to perfect the lung by making it evolve over time or through any other mechanism? It is therefore completely wrong for people to think of Allah’s greatness and might as being limited to their own feelings and reason. We can have knowledge only to the extent that He permits.

Allah can use particular stages in His creation if He so wills. For example, He produces a plant from a seed or a human being from the coming together of a sperm and an egg cell. Yet these stages, as we shall see later, have nothing to do with evolution and have no room for chance or coincidence. Every stage in the emergence of a plant, or the turning of a single cell into a human being “in the best of forms,” happens thanks to the perfect systems created by His infinite might.

Allah willed and created the Earth and the heavens, all that lies between, and all living and non-living things. This is very easy for Him, as indicated in the Qur’an:

Creation is very easy for Allah. As these verses reveal, all He has to do is say “Be!,” thereby willing it to be so. Many verses reveal that He created the universe and living things in perfect form. It is a grave mistake for Muslims to adhere to forced explanations in the face of this evident truth and to make such specious claims that Allah employed evolution to create and used mutation, natural selection, and transitional stages between apes and humans. It is quite wrong to put forward such accounts, for which there is no evidence in either the Qur’an or science, in the hope of being accepted by evolutionists.

Allah makes all the laws in the universe and gives them the form He chooses, brings about what He wills and when He wills it, permeates everything in the Earth and the heavens, and rules everything with His power. Yet some people do not fully comprehend His might and thus judge Him based upon their own limited powers. Allah reveals their existence in the Qur’an:

“They do not measure Allah with His true measure when they say: “Allah would not send down anything to a mere human being.”” (Al-An`am 6:91)

“They do not measure Allah with His true measure. Allah is All-Strong, Almighty.” (Al-Hajj 22:74)

“They do not measure Allah with His true measure. The whole Earth will be a mere handful for Him on the Day of Rising the heavens folded up in His right hand. Glory be to Him! He is exalted above the partners they ascribe!” (Az-Zumar 39:67)

Contrary to what those who believe in evolutionary creation suggest, Allah did not first create apes and then cause them to evolve into humans through flawed transitional forms with missing organs. Rather, as the Qur’an reveals, Allah created man in the most perfect manner:

“He created the heavens and Earth with truth and formed you, giving you the best of forms. And He is your final destination.” (At-Taghabun 64:3)

The above verses are some of the proofs that Allah created man in perfect form, in other words, the form that he has now. Of course, man also has several incapacities and weaknesses, all of which remind him of his poverty before his Lord. Deformities and disabilities are the results of a purposeful creation, for they serve as reminders for those who see them and as a test for those who carry them.

As forms and species, Allah created all living things instantaneously and perfectly, with no need for evolution at all. That evident truth is revealed in the Qur’an:

“He is Allah – the Creator, the Maker, the Giver of Form. To Him belong the Most Beautiful Names. Everything in the heavens and Earth glorifies Him. He is the Almighty, the All-Wise.” (Al-Hashr 59:24)

The Qur’an describes how simple creation is for Allah:

“Does He Who created the heavens and Earth not have the power to create the same again? Yes indeed! He is the Creator, the All-Knowing.” (Ya-Sin 36:81)

“Your creation and rising is only like that of a single self. Allah is All-Hearing, All-Seeing.” (Luqman 31:28)