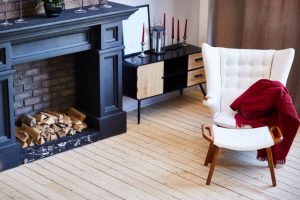 Islam provides the environment with a family system under which human values and morals develop and grow in the new generation.

In the Islamic system of life, this kind of a family provides the environment under which human values and morals develop and grow in the new generation; these values and morals cannot exist apart from the family unit.

If, on the other hand, free sexual relationship and illegitimate children become the basis of a society, and if the relationship between man and woman is based on lust, passion and impulse, and the division of work is not based on family responsibility and natural gifts; if the role of women is merely to be attractive, sexy and flirtatious; if women are freed from their basic responsibility of bringing up children; if, on her own or under social demand, she prefers to become a hostess or a stewardess in a hotel or ship or air company, thus using her ability for material productivity rather than the training of human beings, because material production is considered to be more important, more valuable and more honorable than the development of human character.

Then such a civilization is ‘backward’ from the human point of view, or “Jahili” (ignorant of morals) in Islamic terminology.

The family system and the relationship between the sexes determine the whole character of a society and whether it is backward or civilized, ignorant or Islamic. Those societies which give ascendance to physical desires and animalistic morals cannot be considered civilized, no matter how much progress they may make in science or technology. This is the only measure, which does not err in guarding true human progress.
In many modern societies, the meaning of ‘morality’ is limited to such an extent that all those aspects, which distinguish man from animal, are considered beyond its sphere.

In these societies, illegitimate sexual relationships even homosexuality, are not considered immoral.

The meaning of ethics is limited to economic affairs or sometimes to political affairs, which fall into the category of ‘government interests’ which are largely immoral and unjust.

Among these un-Islamic societies, writers and journalists advise both married and unmarried people that free sexual relationships are not immoral.

However, it is immoral if a boy uses his partner, or a girl uses her partner, for sex, while feeling no love in his or her heart. It is bad if a wife continues to guard her chastity while her love for her husband has vanished; it is admirable if she finds another lover…

From the point of view of ‘human’ progress, all such societies are not civilized but are backward.

The line of human progress goes upward from animal desires toward higher values.

To control the animal desires, a progressive society lays down the foundation of a family system in which human desires find satisfaction, as well as providing for the future generation to be brought up in such a manner that it will continue the human civilization, in which human characteristics flower to their full bloom.

Obviously, a society which intends to control the animal characteristics, while providing full opportunities for the development and perfection of human characteristics, requires strong safeguards for the peace and stability of the family, so that it may perform its basic task free from the influences of impulsive passions.

On the other hand, if in a society immoral teachings and poisonous suggestions are rampant, and sexual activity is considered outside the sphere of morality, then in that society the humanity of man can hardly find a place to develop.

Thus, only Islamic values and morals, Islamic teachings and safeguards, are worthy of mankind, and form this unchanging and true measure of human progress, Islam is the real civilization and Islamic society is truly civilized.