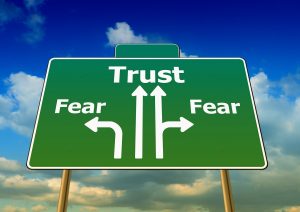 All prophets put their trust in God.

In a previous article, we talked about the concept of tawakkul (reliance on Allah) and its benefits.

In this article, we are going to narrate some situations in the life of the Prophets (peace be upon them all) which reflect their understanding of the concept of tawakkul and embracing it in their life.

When Prophet Ibrahim (peace be upon him) was thrown into hell, he said: “Sufficient for us is Allah, and [He is] the best Disposer of affairs.” (Aal Imran 3/173)

We read in the story of Prophet Noah (peace be upon him) that he said “I have relied upon Allah.”

And recite to them the news of Noah, when he said to his people, “O my people, if my residence and my reminding of the signs of Allah has become burdensome upon you – then I have relied upon Allah. So resolve upon your plan and [call upon] your associates. Then let not your plan be obscure to you. Then carry it out upon me and do not give me respite. (Yunus 10:71)

“If you find that is it too much of an offense that I should live among you and preach to you the revelation of Allah and His signs and proofs, then I do not care what you think, and I will not stop inviting you. Get together with all of your deities that you call upon beside Allah. And do not be confused about this; rather come and let us settle this together if you claim that you are truthful.  Do not give me respite even for one hour. Whatever you can do, go ahead and do it. I do not care and I do not fear because you are not standing on anything.” (Tafsir Ibn Kathir, vol. 11, p. 643-4)

In the story of Prophet Jacob that when he had no choice but to send his son, Binyamin, with his brothers to bring necessary food supplies for their survival, he said:

[Jacob] said, “Never will I send him with you until you give me a promise by Allah that you will bring him [back] to me, unless you should be surrounded by enemies.” And when they had given their promise, he said, ” Allah, over what we say, is Witness. And he said, “O my sons, do not enter from one gate but enter from different gates; and I cannot avail you against [the decree of] Allah at all. The decision is only for Allah; upon Him I have relied, and upon Him let those who would rely [indeed] rely.” (Yusuf 12:66:67)

In the story of Prophet Moses read that he encouraged his people to put their trust in Allah. Allah says:

And Moses said, “O my people, if you have believed in Allah, then rely upon Him, if you should be Muslims.” So, they said, “Upon Allah do we rely. Our Lord, make us not [objects of] trial for the wrongdoing people And save us by Your mercy from the disbelieving people.” (Yunus 10:84-86)

In the conversation between Prophet Hus and the People of `Ad, we read the following:

Indeed, I have relied upon Allah, my Lord and your Lord. There is no creature but that He holds its forelock. Indeed, my Lord is on a path [that is] straight.” (Hud 11:56)

Ibn Kathir says: Every creature is under Allah’s power and His authority. He is the best Judge, the Most Just, Who does not do any injustice in His Ruling. For verily, He is upon the straight path. (Tafsir Ibn Kathir, vol. 12, p. 75.)

Prophet Shuayb said to his people:

He said, “O my people, have you considered: if I am upon clear evidence from my Lord and He has provided me with a good provision from Him…? And I do not intend to differ from you in that which I have forbidden you; I only intend reform as much as I am able. And my success is not but through Allah. Upon him I have relied, and to Him I return. (Hud 11:88)

I do not forbid you from something and at the same time I contradict my prohibitions in secret behind your backs, doing what I have forbidden.

In that which I command and forbid you, I only want to correct your affair as much as I am able. And my guidance cannot come except from Allah in Him I out my trust in all of my affairs.” (Tafsir Ibn Kathir, vol. 12, pp. 99-100)