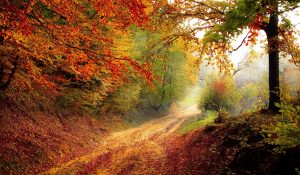 Striving in Ramadan to Become a Pious Person

In the above verse “Taqwaa” has been translated as “self-restraint”. Other translations include: God-fearing [Arberry] or God-conscious [Asad].

The root of Taqwaa (w-q-y) means to steadfastly remain vigilant in practicing Allah’s commands and, because of this, to be protected from all kinds of evil, corruption, and destructive forces. In other words, the cornerstone of Taqwaa is developing a strong character by following the principles laid down by Allah in the Quran for attaining Taqwaa.  A person who has developed such a character and which is reflected in his/her actions, is a Muttaqi (pious) in the eyes of Allah.

A very comprehensive definition of Muttaqoon is given in the following verse:

“True piety does not consist in turning your faces towards the east or the west – but truly pious is he who believes in God, and the Last Day; and the angels, and revelation, and the prophets; and spends his substance – however much he himself may cherish – it – upon his near of kin, and the orphans, and the needy, and the wayfarer, and the beggars, and for the freeing of human beings from bondage; and is constant in prayer, and renders the purifying dues; and [truly pious are] they who keep their promises whenever they promise, and are patient in misfortune and hardship and in time of peril: it is they that have proved themselves true, and it is they, they who are conscious of God.” (Al-Baqarah 2:177).

According to this verse, the essential purpose of Islam is not fulfilled by a mechanical performance of rituals, e.g., turning eastward or westward during prayer, but requires instead:

100% conviction, Iman, in Allah; in the law of requital; in the life Hereafter; in the forces created by Allah for our benefit, Malaa-ikaa; in all the Prophets (PBUT); and in all the Books revealed to them; and

The establishment of a system in which resources are made available to help those who (a) are left without protection or support in society; (b) lose their means of livelihood or are incapacitated to work; and (c) cannot earn enough to meet their needs. This system will also provide assistance to those outsiders, who, while passing through its territory, become indigent, as well as arrange for the liberation of oppressed people from oppression.

According to this verse, Muslims are required to establish a system wherein members of the society adhere to the Divine code of life voluntarily – this is a requirement of Iman; and to make sure that means of development are provided to all who need them. Muslims must honor their promises and commitments (23:8). If hostile forces confront them, they must face them with steadfastness and fortitude, and must not let fear and despair weaken them.

Only those who follow this path without swerve, can claim to be true believers (Momineen) and they only can rightfully claim to be Muttaqoon.

The following verses further highlight the character of the Muttaqoon.

They are those with whom thou didst make a covenant, but they break their covenant every time, and they have not the fear (of God) (8:56). [Yusuf Ali] [Meaning these people are NOT Muttaqoon].

“And whoso bringeth the truth and believeth therein – Such are the dutiful” (Az-Zumar 39:33).

“O YOU who have attained to faith! Be ever steadfast in your devotion to God, bearing witness to the truth in all equity; and never let hatred of any-one lead you into the sin of deviating from justice. Be just: this is closest to being God-conscious. And remain conscious of God: verily, God is aware of all that you do” (Al-Ma’idah 5:8).

“Be quick in the race for forgiveness from your Lord, and for a Garden whose width is that (of the whole) of the heavens and of the earth, prepared for the righteous” (Aal `Imran 3:133).

Fasting is a means to becoming Muttaqi. No doubt, fasting has health and spiritual benefits, but we must never lose sight of the main goal of fasting.  Ramadan provides an environment for our collective training and character development.

Muslims are required to emulate and display, yearlong, the qualities laid down by the above verses as a result of fasting in the month of Ramadan.

Since character building is a hard, long, continuous process, Ramadan is repeated every year as a reminder and re-enforcer. We must judge our accomplishments by the standards laid down by the Quran. We should not be under the false impression that our spiritual development is taking place while our life goes on as usual. We have to keep the life and works of the Prophet (PBUH) and Sahaba (R) before us to know whether or not we are among the Muttaqoon.

That is why Ramadan was meant to be a month of fasting and introspection and soul searching and remembering Allah with passion and intensity reminiscent of the companions of the Prophet (PBUH).

It was supposed to be an occasion for believers to go through a yearly month long intensive training exercise of hardship and self-restraint and of spiritual purification and commitment to Allah and to learn physical and mental discipline and patience essential to Islam so that they would be able not only to proclaim, but also to establish the greatness and sovereignty of Allah in the world by facing bravely any challenges that might come their way.

That is how the Prophet (PBUH) and his companions and the rightly guided Khalifas practiced Ramadan. And the results speak for themselves. Ramadan was never meant to be a ritual and a short cut to heaven.

Seeing the hopeless condition of Muslims in general, some aching souls cry during Ramadan prayers—and everyone whose heart is touched by the plight of Muslims should too. So the question remains, what should we do? Should we all cry and go home and carry on with our daily routine until next Ramadan? Or, should we go back to the Prophet (PBUH) and Sahaaba (R) and get inspired by their example of what they were able to accomplish during Ramadan, and following in their footsteps, try to root out the true cause of suffering of Muslims worldwide?

Why is it so difficult to follow the example of the Prophet (PBUH) in doing what he actually did to change the world, and why so easy to praise him? Does he need our empty praises or does he need our solid actions? Does Allah need our empty words of Takbir or does He need our actions to establish His Takbir in the world?

Ramadan, in fact, was meant for Muslims to go through a program of training and exercise to be able to do just that and not “finish” it as a ritual for earning rewards in the Hereafter and to recite a few extra Takbirs during Eid prayer and carry on business as usual for the rest of the year.

Adapted with editorial adjustments from islamicity.org.