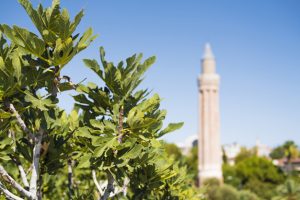 The message of Islam is for the entire human race.

In the previous articles on the basic characteristics of Islamic ideology, we covered four points: 1- simplicity, rationalism and practicalism;2- Unity of matter and spirit; 3- A Complete Way of Life; and 4- Balance between the Individual and Society.

In this part, we will be covering one more basic characteristic of Islamic ideology.

The message of Islam is for the entire human race. God, in Islam, is the God of all the world (Quran 1: 1) and the Prophet is a Messenger for the whole of mankind.

In the words of the Quran:

In Islam, all men are equal, whatever be their color, language, race or nationality. Islam addresses itself to the conscience of humanity and banishes all false barriers of race, status and wealth. There can be no denying the fact that such barriers have always existed, and do exist even today in this so-called enlightened age.

Islam removes all these impediments and proclaims the idea of the whole of humanity being one family of God.  The Prophet said:

‘All creatures of God form the family of God and he is the best loved of God who loves best His creatures.’

‘O Lord! Lord of my life and of everything in the universe! I affirm that all human beings are brothers to one another.’

‘Respect God and be affectionate to the family of God.’

Islam is international in its outlook and approach and does not admit barriers and distinctions based on color, clan, blood or territory such as were prevalent before the advent of Muhammad (peace be upon him) and which are rampant in different forms even in this modern age. It wants to unite the entire human race under one banner.

To a world torn by national rivalries and feuds, it presents a message of life and hope and of a glorious future.

Historian Toynbee has some interesting observations to make in this respect. In Civilization on Trial he writes:

‘Two conspicuous sources of danger – one psychological and the other material – in the present relations of this cosmopolitan proletariat (i.e. westernised humanity) with the dominant element in our modern Western society are race consciousness and alcohol; and in the struggle with each of these evils the Islamic spirit has a service to render which might prove, if it were accepted, to be of high moral and social value.

‘The extinction of race consciousness as between Muslims is one of the outstanding moral achievements of Islam, and in the contemporary world there is, as it happens, a crying need for the propagation of this Islamic virtue . . . It is conceivable that the spirit of Islam might be the timely reinforcement which would decide this issue in favor of tolerance and peace.

‘As for the evil of alcohol, it is at its worst among primitive populations in tropical regions which have been “opened up” by Western enterprise . . . the fact remains that even the most statesmanlike preventive measures imposed by external authority are incapable of liberating a community from a social vice unless a desire for liberation and a will to carry this desire into voluntary action on its own part are awakened in the hearts of the people concerned. Now Western administrators, at any rate those of “Anglo-Saxon” origin, are spiritually isolated from their “native” wards by the physical “colour bar” which their race-consciousness sets up; the conversion of the natives’ souls is a task to which their competence can hardly be expected to extend; and it is at this point that Islam may have a part to play.

‘In these recently and rapidly “opened up” tropical territories, the Western civilization has produced an economic and political plenum and, in the same breath, a social and spiritual void . . .

‘Here, then, in the foreground of the future, we can remark two valuable influences which Islam may exert upon the cosmopolitan proletariat of a Western society that has cast its net around the world and embraced the whole of mankind; while in the more distant future we may speculate on the possible contributions of Islam to some new manifestation of religion.’ (Arnold J. Toynbee, Civilization on Trial, London, 1957, pp. 205-299 (see also pp. 87-88).)

Source: This article is taken from the book of Islam: Its Meaning and Message, edited by Khurshid Ahmad, and published by the Islamic Foundation, third edition, 1999.