“This is how the birth of Jesus the Messiah came about: His mother Mary was pledged to be married to Joseph, but before they came together, she was found to be pregnant through the Holy Spirit. Because Joseph her husband was faithful to the law, and yet did not want to expose her to public disgrace, he had in mind to divorce her quietly. But after he had considered this, an angel of the Lord appeared to him in a dream and said, “Joseph son of David, do not be afraid to take Mary home as your wife, because what is conceived in her is from the Holy Spirit. She will give birth to a son, and you are to give him the name Jesus, because he will save his people from their sins.” All this took place to fulfill what the Lord had said through the prophet: “The virgin will conceive and give birth to a son, and they will call him Immanuel” (which means “God with us”). When Joseph woke up, he did what the angel of the Lord had commanded him and took Mary home as his wife.” (Matthew, 1: 18-25)

He showed us that Jesus was born in Bethlehem and the Magi of the East came carrying the prophecy of his birth as the king of the Jews. He goes on to mention Herod’s talk with the Magi:

“Then Herod called the Magi secretly and found out from them the exact time the star had appeared. He sent them to Bethlehem and said, “Go and search carefully for the child. As soon as you find him, report to me, so that I too may go and worship him.” After they had heard the king, they went on their way, and the star they had seen when it rose went ahead of them until it stopped over the place where the child was. When they saw the star, they were overjoyed. On coming to the house, they saw the child with his mother Mary, and they bowed down and worshiped him. Then they opened their treasures and presented him with gifts of gold, frankincense and myrrh. And having been warned in a dream not to go back to Herod, they returned to their country by another route. When they had gone, an angel of the Lord appeared to Joseph in a dream. “Get up,” he said, “take the child and his mother and escape to Egypt. Stay there until I tell you, for Herod is going to search for the child to kill him. ” (Matthew 2: 1-13)

After Joseph heard of the death of King Herod, the angel appeared in a dream to him in Egypt, saying,”

“take the child and his mother and escape to Egypt.. “(Matthew 2: 19-23). He went Galilee then lived with Jesus in Nazareth.

Mark mentioned nothing about the childhood of Christ and his birth he talked directly about his meeting with John the Baptist while preaching. John, as well, overlooked the childhood of Jesus! 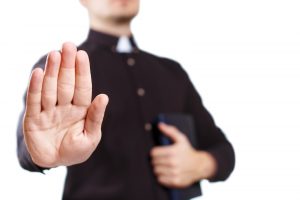 Surprisingly, some of Biblical thinkers acknowledge these facts, but they, however, present untenable justifications to the issue. Saud Suhail, an Arab priest, says,  “These are silent years! Gospels and the New Testament do not mention anything about them. What the Gospels mentioned about the early life of Jesus is very little: His birth (Luke 2: 1-7), being  circumcised and named when he was eight days old, (Luke 2:21), presenting him to the Lord in the Temple when he was 40 days old (Luke 2: 22-24), the escape of the family, Joseph and Mary and the child to Egypt for fear of the oppression of Herod (Matthew 2: 13-15), bringing Jesus to Jerusalem on Passover when he was 12 years old (Luke 2: 39-53). Then the Gospels are silent and do not mention anything about his life for 18 consecutive years until he became 30 years old. From the age of 12 till 30 are silent years in gospels. One may wonder that Jesus’s ministry longed for only three years in before being killed when he was 33 years old then rose to the heaven, bringing salvation and redemption to the sinful world. Thus, what Christ was Jesus doing in those silent years?! ”

Suhail claimed that the Christian history stopped for a moment to answer this question, but through “Apocrypha texts, which include Christological and theological fallacies, which are incompatible with the correct image and concept of Jesus Christ, as presented by the Bible and New Testament which are canonical. These Apocrypha-texts, according to him, claim that  Jesus went to India and called for Buddhism and include myths and fictional supernatural practices by Jesus in his childhood.

He insists that Jesus’ childhood was normal and was not miraculous; he justifies its silence in the following false interpretations: “This verse (Luke 2:52) gives us the idea that Christ was growing like other people in wisdom, rank and grace. The second observation, about the practice of Christ during the silent years, indicates that Jesus worked in carpentry as Joseph did, as Mark says, “Isn’t this the carpenter the son of Mary…” (Mark 6: 3). Finally, there is, however, a spiritual lesson we may draw from such silent years that one should not show-off and seek power or authority, for the great Savior Jesus Christ spent most of his life in humility, tranquility and peace, away from the love of show-off. He lived most of his life in silence in preparation to a fruitful spiritual ministry in the Kingdom of God, which has changed and continues to change millions of people throughout history! ”

However, is not the researcher’s right to know the fallacies by such Apocrypha-texts in order to weigh them and put them in their proper place? Is the mention of supernatural practices of Christ in his childhood enough to disregard these texts?! Could not such supernatural practices be as a prophecy foretelling the content of his message?!

The Qur’an as the seal of the heavenly scriptures presents such phase of Christ’s early life in detail. We hear the tongue of Christ in the cradle telling the truth which shocks many Christians today. As a baby Jesus declares his bondage to God Almighty as his servant or worshiper and not being a son to Him God nor to Joseph the Carpenter:

“So she conceived him, and she withdrew with him to a remote place. And the pains of childbirth drove her to the trunk of a palm tree. She said, “Oh, I wish I had died before this and was in oblivion, forgotten.” But he called her from below her, “Do not grieve; your Lord has provided beneath you a stream. And shake toward you the trunk of the palm tree; it will drop upon you ripe, fresh dates. So eat and drink and be contented. And if you see from among humanity anyone, say, ‘Indeed, I have vowed to the Most Merciful abstention, so I will not speak today to [any] man.’ ” Then she brought him to her people, carrying him. They said, “O Mary, you have certainly done a thing unprecedented. O sister of Aaron, your father was not a man of evil, nor was your mother unchaste.” So she pointed to him. They said, “How can we speak to one who is in the cradle a child?” [Jesus] said, “Indeed, I am the servant of Allah. He has given me the Scripture and made me a prophet. And He has made me blessed wherever I am and has enjoined upon me prayer and zakah as long as I remain alive And [made me] dutiful to my mother, and He has not made me a wretched tyrant. And peace is on me the day I was born and the day I will die and the day I am raised alive.” That is Jesus, the son of Mary – the word of truth about which they are in dispute. It is not [befitting] for Allah to take a son; exalted is He! When He decrees an affair, He only says to it, “Be,” and it is. [Jesus said], “And indeed, Allah is my Lord and your Lord, so worship Him. That is a straight path.” (19:22-36)

These verses (ayas) declare the chastity and modesty of Mary. She was away from adultery and carried Jesus without a husband. The Qur’an also presents the sound doctrine carried by Jesus and for which he called. It shows the Jews and Christians the truth of God and rectify some of their false doctrines,

“O People of the Scripture, there has come to you Our Messenger making clear to you much of what you used to conceal of the Scripture and overlooking much. There has come to you from Allah a light and a clear Book. By which Allah guides those who pursue His pleasure to the ways of peace and brings them out from darkness into the light, by His permission, and guides them to a straight path.” (5: 15-16 )

It is strange enough that Luke mentions two contradicting phrases in his Gospel when he transmitted Mary’s reply to the angel when he gave her the glad tiding that she would conceive a baby:

Luke allegedly attributes Jesus to God as his son and mixes the words of the angel with his own infidel words:

“He will be great and will be called the Son of the Most High. The Lord God will give him the throne of his father David,” (Luke, 1: 32)

As for the Qur’an, falsehood cannot not reach it; It invalidates the Christian claim and slander that Christ is the Son of God or the son of man. He is the noble Word of Allah (God) as created by his word “be and he was”

“[And mention] when the angels said, “O Mary, indeed Allah gives you good tidings of a word from Him, whose name will be the Messiah, Jesus, the son of Mary – distinguished in this world and the Hereafter and among those brought near [to Allah]. He will speak to the people in the cradle and in maturity and will be of the righteous.”. (3:45-46)