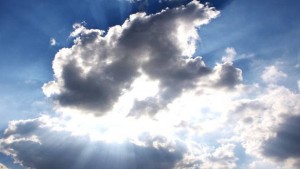 Islam confirms that Jesus will come back to underline the basis of his message, namely monotheism.

As a matter of fact, the Second Coming of the Messiah is such a hot issue which is subject to a lot of controversy among the followers of the three divine religions. The believers of each faith have their own conception of this event. It is ironic that each faith has a different account of the anticipated incident.

As for Jews, they believe that Jesus was one of the false Jewish Messiah claimants because he failed to fulfill any Messianic prophecies. Regarding the Christian idea that these prophecies will be fulfilled during a “Second Coming,” Ohr Samayach states: “We find this to be a contrived answer, since there is no mention of a second coming in the Jewish Bible. Second, why couldn’t God accomplish His goals the first time round?”[i] Rabbi David Wolpe believes that the Second Coming was “grown out of genuine disappointment” and invented by Christians to theologically compensate for Jesus’ death.

In Jewish eschatology, the term mashiach, or “Messiah,” came to refer to a future Jewish King from the Davidic line, who is expected to be anointed with holy anointing oil and rule the Jewish people during the Messianic Age.[ii] The Messiah is often referred to as “King Messiah” or, in Hebrew, “מלך המשיח” (melekh mashiach), and in Aramaic, malka meshiḥa.[iii]

Orthodox views have generally held that the Messiah will be descended from his father through the line of King David[iv], and will, among other things, gather the Jews back into the Land of Israel, usher in an era of peace, build the Third Temple, father a male heir and re-institute the Sanhedrin. Jewish tradition alludes to two redeemers, both of whom are called mashiach and are involved in ushering in the Messianic age: Mashiach ben David and Mashiach ben Yosef. In general, the term Messiah unqualified refers to Mashiach ben David (Messiah, son of David).[v]

In the New Testament, the second Parousia, or coming of Christ as Judge of the world, is an oft-repeated doctrine. Jesus not only foretells the event but graphically portrays its circumstances. He is quoted as saying: “For as the lightning cometh out of the east, and shineth even unto the west; so shall also the coming of the Son of man be.” (Matthew 24:27)

According to the New Testament, Jesus will come again in glory to judge the living and the dead, and his kingdom will have no end. We read the following verses in the New Testament: “He commanded us to preach to the people and to testify that he is the one whom God appointed as judge of the living and the dead.” (Acts 10:42) “All this is evidence that God’s judgment is right, and as a result you will be counted worthy of the kingdom of God, for which you are suffering.” (2 Thessalonians 1:5) “While we wait for the blessed hope—the appearing of the glory of our great God and Savior, Jesus Christ” (Titus 2:13)

As for Muslims, they believe in both the Messiah of the Jews and the Messiah of the Christians but according to a different belief system. Muslims believe that some of the People of the Book, including Jews and Christians, will believe in Jesus as a Prophet and Messenger of Allah when he comes back to fight the False Messiah (the Antichrist) right before the end of the world. In the Qur’an, Allah says:

And [for] their saying, ‘Indeed, we have killed the Messiah, Jesus, the son of Mary, the messenger of Allah.’ And they did not kill him, nor did they crucify him; but [another] was made to resemble him to them. And indeed, those who differ over it are in doubt about it. They have no knowledge of it except the following of assumption. And they did not kill him, for certain. Rather, Allah raised him to Himself. And ever is Allah Exalted in Might and Wise. And there is none from the People of the Scripture but that he will surely believe in Jesus before his death. And on the Day of Resurrection he will be against them a witness. (An-Nisaa’ 4:157-159)

Commenting on the above verses, Al-Hasan, an eminent Muslim scholar, confirmed: “By Allah, i.e. before Jesus’ death. By Allah, he is alive with Allah. If he descends, let everybody of you believe in him.”

According to Islam, the Second Coming of Jesus is considered one of the signs of the end of the world (the Hour). The Qur’an says:

And indeed, Jesus will be [a sign for] knowledge of the Hour, so be not in doubt of it, and follow Me. This is a straight path. (Az-Zukhruf 43:61)

Prophet Muhammad (peace be upon him) foretold the Second Coming of Jesus who, according to him, will disown Christianity and preach monotheism and the worship of Allah alone. Prophet Muhammad said: “By Him in Whose hands my soul rests, surely Jesus, Son of Mary, will soon descend amongst you and will judge mankind judiciously, as an honest ruler. He will break the cross, kill the pig and abolish Jizya. Money will abound in such excess that no one will wish to accept it. A single prostration to Allah, in prayer, will be better than the whole world and all it contains.” Abu Hurayrah, the narrator, added, “If you wish, you can recite this verse from the holy Quran:

Prophet Muhammad also prophesied that Jesus will come back to uphold Islam as the true monotheistic message of Allah to humanity. He informed us that Jesus (peace be upon him) will keep fighting the followers of all religions other than Islam and will kill the Antichrist. According to Prophet Muhammad, he will live for forty years and Muslims will offer the funeral prayer for him when he dies.

Abu Hurairah narrated that Prophet Mohammad (peace be upon him) said: “There is no Prophet between me and him (Jesus Christ). He shall descend, so recognize him when you see him. He is a man of medium height, (his complexion) is between reddish and white; he will be between (dressed in) two slightly yellowish garments; his head looks as if it is dripping water even though it is not wet. He will fight people in the cause (for the sake) of Islam, break the Cross, kill the swine (pig) and abolish Jizya (tax on Christians and Jews); and Allah will put an end to all religious sects except Islam during his (Jesus’) time. He (Jesus) will slay the Antichrist (Dajjal) and he will stay in the world for 40 years. Then, he will die and the Muslims will offer the funeral prayer for him.” (Abu Dawud)

Monotheism is affirmed more than once in the Bible. In the Old Testament, we read the following verse: “I am the Lord, and there is no other; apart from me there is no God. I will strengthen you, though you have not acknowledged me.” (Isaiah 45:5)

In the New Testament, we read a dialogue between the Devil and Jesus where the latter told the former that it is God only Who must be worshiped alone. The New Testament cites such a dialogue as follows: “All this I will give you,” he said, “if you will bow down and worship me.” Jesus said to him, “Away from me, Satan! For it is written: ‘Worship the Lord your God, and serve him only.’” (Matthew 4:9-10)

Thus, we can easily conclude that monotheism is the first and foremost message of all divine religions. As I stated above, Jesus himself asserted that it is Allah only Who must be worshiped alone. Monotheism is the core of Jesus’ prophetic message. Islam confirms that Jesus will come back to underline the basis of his message, namely monotheism.

According to the Apocalypse of Peter, Jesus foretold that his message will be passed on to another race of an age to come. This may serve as a reference to the future believers in Jesus as a Prophet and Messenger of Allah. In the Apocalypse of Peter, we read this passage: “These things, then, which you saw you shall present to those of another race who are not of this age. For there will be no honor in any man who is not immortal, but only (in) those who were chosen from an immortal substance, which has shown that it is able to contain him who gives his abundance.”

To sum up, the Jews have their own Messiah and the Christians also have their own Messiah. Muslims believe in both Messiahs, with one deemed the Antichrist (the Jewish Messiah) and the other deemed such a Prophet of Allah (Jesus Christ) who will descend to put an end to disbelief and polytheism and proclaim monotheism.