Unlike modern Christianity which emphasized only the spiritual aspects for humans and apparently disregarded just laws ensuring a moderate life for all people, Islam with, along with its legislation, coincides with logic and the human nature.

Real Concept of Salvation or Redemption

The real salvation materializes when having a mo 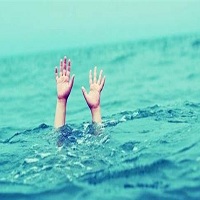 ral just code, which ensures justice among people. Hence, Islam emphasizes the aspect of just penalty for the criminal and paves the way for him/her for repentance. The Qur’an (Muslims’ Scripture) says, ”

“And We shall set up balances of justice on the Day of Resurrection, then none will be dealt with unjustly in anything. And if there be the weight of a mustard seed, We will bring it. And Sufficient are We as Reckoner“. (Surat Al-Anbiya’ 21:47) ; It also says, “

Islam guarantees the rights of others as well. First thing, there is no concept of an inherited sin in Islam. We are born without any sin or sinful conditions. Similarly, if a child is born with abnormal conditions, it is not a punishment of any sin of parents or forefathers.

How can an innocent person bear the sins of others. Such unequal fates of both the obedient and disobedient represented in the concept of Salvation or Redemption urges the spread of crimes and sins!

“But as for those who believe and do good works, for them are the Gardens of Retreat – a welcome (in reward) for what they used to do”.(Surat As-Sajdah 32:19)

Islam paves the spiritual straight path to the disobedient to lead a moral life through Istighfar, that is repentance, constantly seeking God’s forgiveness by invoking His attribute of “covering up” and forgiveness. Allah says,

“And whoever does evil or wrongs himself but afterwards seeks Allah’s Forgiveness, he will find Allah Oft-Forgiving, Most Merciful”. (Surat Al-Nisa 4:110).

Islam, also, encourages its followers to be a way from sin through:

In Islam, therefore, no one may bear the sin of other. Everyone is responsible for his/her own acts.

Prophets are held in high esteem; they are not punished by God for humanity. They are the ideal example for humanity; they should not be disgraced anyway.

The Christian concept of Redemption or Salvation has many problems and contradictions. Was Jesus crucified voluntarily or was forced to be crucified? It is a well-known fact, according to the Christian narration of crucifixion, that Jesus was captured forcibly by the Jews to be punished by being crucified. Why should the Bible tells that:

“In Him we have redemption through His blood, the forgiveness of our trespasses, according to the riches of His grace”. (Ephesians 1:7).

“He has sent redemption to His people; He has ordained His covenant forever; Holy and awesome is His name”. (Psalm111:9)

Such texts show God as unjust for torturing an innocent man as ransom for humanity. The most conflicting aspect of such concept of redemption is the crucifixion of God i.e. Jesus himself!

The Qur’an makes it clear view of Salvation that,