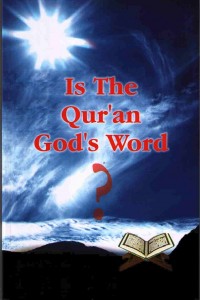 The Prophet was not having any options; he has no right to express his own wishes because the Qur’an was revealed by Allah the Almighty

Irrespective of their reply; yes or no, the Prophet (peace be upon him) – under such argument – has informed them, in very sublime manner and words, that Maryam (Mary, the mother of Jesus (peace be upon them both), who belongs to Children of Israel, is chosen above the women of the world. Why didn’t he choose his mother (i.e. the mother of the Prophet Mohammad – peace be upon him), his wife, his daughter, or any other Arabic woman? Why did he choose a woman from the Children of Israel?

Can anyone give any clarification to this? Everyone prefers his mother, wife and daughter more than other women.

So, why the Prophet of Islam (peace be upon him) calls Muslims to respect a woman from the opponents or contestants?! Especially from the Children of Israel?! From the people who have disregarded his people (Muhammad’s people; the Arabs) for three thousand years; exactly like their disregard to their Arab brothers nowadays.

The reply is as simple as the following: The Prophet was not having any options; he has no right to express his own wishes because Qur’an was revealed by Allah the Almighty who said:

Source: Taken from the book “A Message to Those Who Do Not Believe in Prophet Muhammad” by www.rasoulallah.net Team