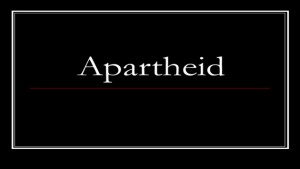 Prophet Muhammad drew up such a unique constitution which protected the human rights of all the population of Medina, including Jews.

Had Prophet Muhammad (peace be upon him) really been anti-Jewish, he would have persecuted Jews since the very dawn of his nascent Muslim state in Medina, but this did not happen. Once Prophet Muhammad reached Medina, one of the earliest things he did over there was to draw up such a unique constitution which protected the human rights of all the population of Medina, including Jews themselves.

This was an unprecedented motion which was not even followed up with a parallel experience except after much more than a dozen of centuries. The stated constitution was a matchless convention at the time. At such a point of time, the modern concepts of “religious pluralism”, “freedom of religion”, “human rights”, and “social integration” had not been coined yet.

One place could hardly accommodate two or more faiths. “Minorities” had no rights at all, and they were also vulnerable to mass massacres or expulsions. The “religious tolerance” had not been known yet.

However, the Medina Constitution included many articles providing for the Jews’ entitlement to equal rights, treatment, protection and freedom. Prophet Muhammad enforced what is known later as “peaceful coexistence”. He allowed Jews to live side by side with Muslims in peace.

However, most Jewish tribes rejected such peaceful coexistence and breached Medina Constitution as well as the covenants concluded with them by plotting against Prophet Muhammad and Muslims and/or siding with the Arabian polytheists and pagans.

Even when the Jewish tribes betrayed Prophet Muhammad and Muslims, he exercised self-control and self-restraint and was quite fair and just and his reaction was proportionate to the action done.

When a man from Banu Qaynuqa` (a Jewish tribe) committed a sexual assault against a Muslim woman, wanted to force her to uncover her face and fastened the tail of her garment to the chair by a nail, the woman had her private parts uncovered. So she cried for help while Jews were laughing at her. Then, a Muslim man killed the Jew. Then, the Jews killed this Muslim man, whose kindred turned to Muslims for retaliation.

In this case, Prophet Muhammad decided to fight Banu Qaynuqa` for they rejected mutual respect and peaceful coexistence and dared to violate Medina Constitution. Such a tribe could not coexist with Muslims in Medina any longer. Had those Jews remained there, retaliation and violence would not have come to an end. Instead of expulsion, they would have been massacred. That is why, it is said that it is Banu Qaynuqa` themselves who elected to leave Medina after mediation to avoid fighting with Muslims.

Banu An-Nadir, another Jewish tribe, conspired to throw away a large stone down a house on the head of Prophet Muhammad who was sitting down with them. However, God foretold Prophet Muhammad about that. Thereupon, he went back to Medina, amassed an army and went to fight them.

After Prophet Muhammad besieged them, they asked him to evacuate from Medina, carrying away everything they wanted to carry unlike weapons. Prophet Muhammad agreed to that and let them go out. This is another case of betrayal, breach of covenants and rejection of peaceful coexistence. It is Jews who chose to leave Medina to avoid fighting with Prophet Muhammad and Muslims.

Banu Quraydhah, another Jewish tribe, went farther by siding with the Arabian polytheists against Muslims. They conspired with the Arabian pagans to make a way for them from their side to enter Medina and massacre Muslims. Again, we have a case of betrayal, breach of covenants and rejection of peaceful coexistence.

Once Khandaq (Ditch) Battle was over, God commanded Prophet Muhammad to fight them for their betrayal. The long siege forced them into a surrender which was conditional on arbitration. Prophet Muhammad accepted this condition and allowed them to choose the arbitrator. They chose as an arbitrator Companion Sa`ad bin Mu`adh, who was their ally during the pre-Islamic era.

Prophet Muhammad approved this judgment as identical to that of God. This was a fair judgment. Given that the Jews’ betrayal could lead to the annihilation of all Muslims, it was quite fair to sentence their males to death. If the Arabian pagans could have entered Medina, they would have sentenced all Muslims, including men, women and children, to death.

The danger Jews posed to the nascent Muslim state was not reduced by the evacuation of Jews from inside Medina as the Jews of Medina joined the Jews of Khaybar (an oasis some 153 km to the north of Medina) and allied with the Arabian tribes which were inimical to Islam and Muslims. They continued to conspire against Prophet Muhammad and Muslims.

However, given such repeated scenarios of betrayal and rejection of peaceful coexistence, after Prophet Muhammad had proved to the world as well as history that Muslims wished for “religious pluralism”, “freedom of religion”, “religious tolerance”, and “peaceful coexistence”, he found out that the above concepts pioneered by Islam were inapplicable at the time or at least in Arabia.

Therefore, he made the following statements: “Drive out the polytheists from Arabia,” (Al-Bukhari) and “Two religions should not be left in Arabia.” (Ahmad) Prophet Muhammad made similar statements in this this sense.

Many people misunderstand those and similar hadiths as calling for wrongful expulsion or eradication of non-Muslims from the Muslim countries. This understanding of the above hadiths is quite wrong simply because Prophet Muhammad himself did not expel all Jews or non-Muslims from Arabia until he died.

It is reported that Prophet Muhammad died while his (iron) armor was pledged to a Jew for thirty Saas (old measure equal to 3 kg) of barley (Al-Bukhari). It is historically established that there were Jews residing in Arabia after Prophet Muhammad’s demise and during the caliphate of Caliph Abu Bakr and even `Umar.

Should Prophet Muhammad have meant the mass expulsion of non-Muslims from Arabia, he himself and his successors would have done that, but this did not take place.

Anyway, no matter how the above prophetic statements can be interpreted, we have known for a certainty that Prophet Muhammad in particular and Muslims in general did not object to peaceful coexistence with Jews or any non-Muslims, but Muslims’ good intentions and religious tolerance encouraged polytheists, specifically Jews, to betray and conspire against them.

Muslims still welcome coexistence with Jews and any non-Muslims on condition that any such non-Muslims do not betray, wrong, or harm Muslims and have a good relationship with Muslims based on good neighborhood and mutual respect.

Finally, it is convenient to conclude this article with such verses which regulate and underlie the relationship between Muslims and non-Muslims. In the Quran, we read:

Allah does not forbid you for those who do not fight you because of religion and do not expel you from your homes – from being righteous toward them and acting justly toward them. Indeed, Allah loves those who act justly. Allah only forbids you from those who fight you because of religion and expel you from your homes and aid in your expulsion – [forbids] that you make allies of them. And whoever makes allies of them, then it is those who are the wrongdoers. (Al-Mumtahanah 60:8-9)