Although Prophet Muhammad lived in a heterogenic society of many Arab tribes, his teachings precluded all possibilities of ethnicity or racial divisions among  the Muslim community.  He could unify the Muslim nation under one cause “The testimony of Tawhid “Monotheism” i.e. there is no God but Allah Muhammad is the messenger of Allah, and to lead a righteous religious life.

He set a general rule on his last days to ensure peaceful life for humanity away from ethnicity or racial conflicts or discrimination saying,

“There should not be a merit for an Arab over non-Arab nor a white man over a black man except through Taqwa “being the most fearing for God i.e. righteous”.

“Don’t nurse grudge and don’t bid him out for raising the price and don’t nurse aversion or enmity and don’t enter into a transaction when the others have entered into that transaction and be as fellow-brothers and servants of Allah. A Muslim is the brother of a Muslim. He neither oppresses him nor humiliates him nor looks down upon him. The piety is here, (and while saying so) he pointed towards his chest thrice. It is a serious evil for a Muslim that he should look down upon his brother Muslim. All things of a Muslim are inviolable for his brother in faith: his blood, his wealth and his honour.”

The way Prophet Muhammad dealt with such a heterogenic society was fantastic and balanced. While, he did not command them to forget about their lineage categorically saying,

“A person who attributes his fatherhood to anyone other than his real father, knowing that he is not his father, commits an act of disbelief. And he who makes a claim of anything which in fact does not belong to him, is none of us. He should make his abode in the Hell”, he used to focus on good and righteous deeds regardless of the nobility of lineage or high rank of its doer or ethnicity considerations, even with the nearest to him among his relatives:

When (this verse) was revealed to him:” Warn your nearest kinsmen:

It is a fact which is recurred in the Qur’an too much,

“O you who have believed, be persistently standing firm for Allah, witnesses in justice, and do not let the hatred of a people prevent you from being just. Be just; that is nearer to righteousness. And fear Allah; indeed, Allah is Acquainted with what you do”.

These Islamic just teachings which are far away from ethnicity or racial discrimination are attested to by some non-Muslims who fairly studied the life of Prophet Muhammad. Dr. Craig Considine, a non-Muslim Catholic scholar, highlights how the Prophet fought against the idea of judging individuals and groups based solely on their skin color and ancestry. He says, 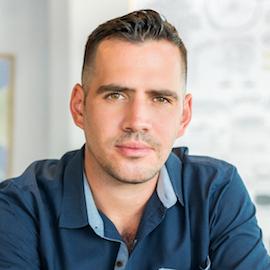 “Prophet Muhammad fought against the idea of judging individuals and groups based solely on their skin color and ancestry,” Dr. Craig Considine, a non-Muslim Catholic scholar.

“Prophet Muhammad’s anti-racist views are seen in his friendship with Bilal ibn Rabah, a black slave who rose to a leading position within the Muslim community of 7th century Arabia. One story relates how Muhammad defended Bilal after Abu Dharr Al-Ghifari, one of the Prophet’s companions, called Bilal “the son of a black woman.” Annoyed with this emphasis of identifying people by skin color, Muhammad criticized Abu Dharr by stating: “You are the man who still has the traits of ignorance in him”.The Prophet’s reference to Abu Dharr’s ignorance refers to the “pre-Islamic” state of jahiliyyah, an Arabic term meaning “the state of ignorance of Divine guidance.” This period of Arab history before Muhammad’s arrival was marked by “barbarism” and “lawlessness,” as described in the Quran. The Prophet’s anti-racist mentality helped lead Arabs out of this darkness and into the light by guiding them onto the path of justice and equality”.

Prophet Muhammad used to set any quarrels or fights as a result of ethnicity issues or historical ethnicity wars. He could remind his companions how could Islam confer upon them the blessing of unify and companionship. Jabir b. Abdullah reported:

We were along with Allah’s Messenger in an expedition that a person from among the emigrants struck at the back of a person from the Ansir. The Ansairi man said: O Ansar! And the Muhajir  man said: O Emigrants! Thereupon Allah’s Messenger (Pbuh)  said: What are these proclamations of the Days of Ignorance? They said: Allah’s Messenger, a person from the emigrants struck at the back of an Ansari, whereupon he said: It is something disgusting. ‘Abdullah b. Ubayy heard it and said: They have indeed done it. By Allah, when we would return to Medina the respectable amongst them (the Ansar) would turn away the mean (the emigrants). Thereupon ‘Umar said: Permit me so that I should strike the neck of this hypocrite. But he (the Holy Prophet) said: Leave him, the people may not say that Muhammad kills his companions.

“We went to Abu Dharr (Ghifari) in Rabadha and he had a mantle over him, and his slave had one like it. We said: Abu Dharr, had you joined them together, it would have been a complete garment. Thereupon he said: There was an altercation between me and one of the persons among my brothers. His mother was a non-Arab. I reproached him for his mother. He complained against me to Allah’s Apostle. As I met Allah’s Apostle he said: Abu Dharr, you are a person who still has (in him the remnants) of the days (of Ignorance). Thereupon I said: Allah’s Messenger, he who abuses (other) persons, they abuse (in return) his father and mother. He (the Holy Prophet) said: Abu Dharr, you are a person who still has (the remnants) of Ignorance in him They (your servants and slaves) are your brothers. Allah has put them in your care, so feed them with what you eat, clothe them with what you wear. and do not burden them beyond their capacities; but if you burden them (with an unbearable burden), then help them (by sharing their extra burden).”

Prophet Muhammad Used to Insure the Application of the Just Islamic Laws Regardless of  Racial Consideration:

“The Quraish were troubled by the affair of a woman from the tribe of Makhzum who stole. So they said: ‘Who will speak about her to the Messenger of Allah?’ They said: ‘Who can do it other than Usamah bin Zaid, the one dear to the Messenger of Allah?’ So Usamah spoke with him, the Messenger of Allah said: ‘Do you intercede about a penalty from Allah’s penalties?’ Then he stood up and addressed the people saying: ‘Those before you were only destroyed because they used to leave a noble person if he stole. And if a weak person stole they would establish the penalty upon him. And by Allah! If Fatimah bint Muhammad stole, then I would cut off her hand.”

Individual and personal responsibility regardless of one’s family or lineage was also ensured by the Prophet. He started warning his own family against aversion from the right path of Islam and put it clearly, “Everyone should do his best to do good and abandon evil”:

When (this verse) was revealed to him: “Warn your nearest kinsmen.”