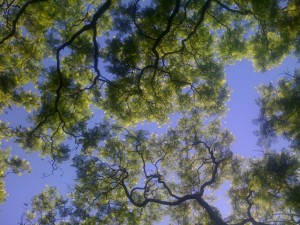 The messages of the Prophets and Messengers of Allah complement one another. The very basis of such messages is monotheism.

Indeed, there is a sort of overlapping between the messages of Jesus and Muhammad (peace be upon them). No wonder, all Messengers and Prophets of Allah came up with the same message of monotheism. In the Qur’an, Allah says:

And We sent no messenger before thee but We inspired him, (saying): There is no God save Me (Allah), so worship Me. (Al-Anbiyaa’ 21:25)

He sends down the angels, with the inspiration of His command, upon whom He wills of His servants, [telling them], “Warn that there is no deity except Me; so fear Me.” (An-Nahl 16:2)

The messages of the Prophets and Messengers of Allah complement one another. The very basis of such messages is monotheism, for which both Jesus and Prophet Muhammad called. In the Bible, we read the following verse: “Remember the former things, those of long ago; I am God, and there is no other; I am God, and there is none like me.” (Isaiah 46 – 9)

Therefore, Muslims believe in the Second Coming of Jesus, but they think that he will come back to resume the message of monotheism. According to Muslims, Jesus will return to order people to worship Allah Alone and let them know that he is just a Prophet of Allah not a Son of God. His return in itself, according to Islam, is a sign of the end of the world. Allah says in the Qur’an:

And indeed, Jesus will be [a sign for] knowledge of the Hour, so be not in doubt of it, and follow Me. This is a straight path.” (Az-Zukhruf 43:61)

Allah (Glory be to Him) emphasizes in the Qur’an that the People of the Book (Jews and Christians) will believe that Jesus is a Prophet, rather than a Son of God as claimed by Christians or False Messiah as claimed by Jews, before the death of Jesus towards the end of the world.

Prophet Muhammad (peace be upon him) foretold the Second Coming of Jesus who, according to him, will disown Christianity and preach monotheism and the worship of Allah Alone. Prophet Muhammad (peace be upon him) said: “By Him in Whose hands my soul rests, surely Jesus, Son of Mary, will soon descend amongst you and will judge mankind judiciously, as an honest ruler. He will break the cross, kill the pig and abolish Jizya. Money will abound in such excess that no one will wish to accept it. A single prostration to Allah, in prayer, will be better than the whole world and all it contains.” Abu Hurayrah, the narrator, added, “If you wish, you can recite this verse from the holy Quran:

Prophet Muhammad (peace be upon him) also prophesied that Jesus will come back to uphold Islam as the true monotheistic message of Allah to humanity. He informed that Jesus will keep fighting the followers of all religions other than Islam and will kill the Antichrist. According to Prophet Muhammad, he will live for forty years and Muslims will offer the funeral prayer for him when he dies.

Abu Huraira narrated that Prophet Mohammad (peace be upon him) said: “There is no Prophet between me and him (Jesus Christ). He shall descend, so recognize him when you see him. He is a man of medium height, (his complexion) is between reddish and white; he will be between (dressed in) two slightly yellowish garments; his head looks as if it is dripping water even though it is not wet. He will fight people in the cause (for the sake) of Islam, break the Cross, kill the swine (pig) and abolish Jizya (tax on Christians and Jews); and Allah will put an end to all religious sects except Islam during his (Jesus’) time. He (Jesus) will slay the Antichrist (Dajjal) and he will stay in the world for 40 years. Then, he will die and the Muslims will offer the funeral prayer for him.” (Abu Dawud)

Monotheism is affirmed more than once in the Bible. In the Old Testament, we read the following verse: “I am the Lord, and there is no other; apart from me there is no God. I will strengthen you, though you have not acknowledged me.” (Isaiah 45:5)

In the New Testament, we read a dialogue between the Devil and Jesus where the latter told the former that it is God only Who must be worshiped alone. The New Testament cites such a dialogue as follows: “All this I will give you,” he said, “if you will bow down and worship me.” Jesus said to him, “Away from me, Satan! For it is written: ‘Worship the Lord your God, and serve him only.’” (Matthew 4:9-10)

Finally, unlike Jews, Muslims believe that Jesus is the Messiah. However, unlike Christians, they believe that he is a Messenger of Allah. According to Muslims, he will come back to resume the message of monotheism with which all Prophets and Messengers of Allah came up. Allah says in the Qur’an:

O People of the Scripture, do not commit excess in your religion or say about Allah except the truth. The Messiah, Jesus, the son of Mary, was but a messenger of Allah and His word which He directed to Mary and a soul [created at a command] from Him. So believe in Allah and His messengers. And do not say, “Three”; desist – it is better for you. Indeed, Allah is but one God. Exalted is He above having a son. To Him belongs whatever is in the heavens and whatever is on the earth. And sufficient is Allah as Disposer of affairs. Never would the Messiah disdain to be a servant of Allah, nor would the angels near [to Him]. And whoever disdains His worship and is arrogant – He will gather them to Himself all together. (An-Nisaa’ 4:171-172)