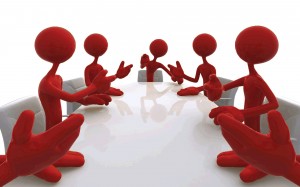 Shura (consultation) was applied in the most serious issue, namely, the sovereign power.

Some researchers have taken the ruling system in Islam as a Trojan horse and started to deduce from certain historical practices the nonexistence of human rights in Islam and the abolishment of all legal and jurisprudential heritage in the Islamic history as if Muslims over their history lived in a forest where no right or system. Here we are going to make a comparison between democracy and Shura.

These terms are supposed to be known for all at least. We all know democracy as a political system where people participate directly or through their representatives in practicing the power of authority.

The Reference of Democracy

The reference of democracy is purely human and refers to the Roman-Greek system of rights; particularly the Greek laws, the most important stage of which seems to be the reform of the constitution of Athena in 508-507 BC- and shortly before at the hands of Solon- when the Athens brought up a new political system and a new ruling body for Athena. This Roman–Greek heritage remained latent for not a short time to be developed later at the hands of the philosophers and the men of law in Europe like, John Adams, Frederic, Sales, Rousseau, and Montesquieu and others.

Shura is an Islamic ruling system. It represents a deep search to come up with a pleasing solution. Shura is a principle and a system to which the gracious Qur’an and the Prophetic Sunnah called. It is mentioned in the Qur’an in three contexts:

The Prophet (peace be upon him) was ordered to observe Shura, as Almighty Allah says,

And take counsel with them concerning the [community’s] affairs. (Aal `Imran 3:159)

It means asking for others’ opinion and not being arbitrary. The “affairs” stands for the affairs of life including politics and ruling systems.

Those who furthermore answer [the call of] their Lord and [duly] establish the Prayer and [conduct] their affairs by consultation among themselves and spend [charitably] out of what We have provided them. (Ash-Shura 42:38)

These are four characteristics: answering the call of Allah and observing the Prayer in addition to two other characteristics related to dealing with people; namely, Shura and spending charitably out to the needy.

The third context is about the family life as it deals with the responsibilities of the parents to raise up their infant; particularly if they want to determine the period of nursing. He exalted is He, said

But if both [parents] desire to wean [the child] by their mutual consent and consultation, then there is no blame on either of them. (Al-Baqarah 2:233)

Thus two of these contexts are concerned with the ruling system and politics and the third is concerned with family affairs. Hence, we perceive that Shura is a comprehensive system that covers all fields of life.

So, we can distinguish the most important two kinds of Shura: Shura in fiqh (Islamic law) as mentioned in the texts and Shura in the ruling system and politics. The principle of Shura abides by the most important principle of the Shari`ah, which is the independence of the Shari`ah from the ruling regime and the rulers. The application of this fundamental principle requires that the practice of Shura within the scope of fiqh should serve an exchange of opinions and an independent scientific discussion that is separated from the practice of Shura in the field of ruling and politics. Consequently, the political upheavals that could cause dysfunction of Shura with regard to choosing rulers and holding them accountable do not necessarily result in the dysfunction of Shura in the field of Shari`ah and fiqh; that is, in the field of ijtihad and consensus. This is what has protected fiqh over the history of Islam from the impacts of deviations of the ruling systems from abiding by Shura in the choice of the rulers, and therefore, this deviation did not result in the dysfunction of Shura in the field of fiqh which has stood independent, lofty, and unaffected by the rulers’ deviations.

The Prophet (peace be upon him) praised Shura and practiced it in life affairs. His companions were aware of that and sometimes they offered their opinions after some regular reservations such as saying “Is this [attitude] based on revelation or on personal opinion?” If he told them that this was based on personal opinion, they would give their opinions; and in many cases the situation changed and he abandoned his own opinion.

But the Qur’an left to the Ummah (Muslim nation) the details and outlines of this universal principle according to their renewing interests and developing needs.

Source: Taken with modifications from Binbayyahlive.com