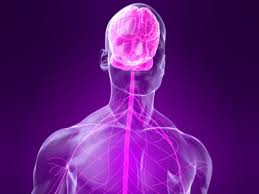 Despite the many opportunities provided by present-day technologies, scientists have been unable to produce anything resembling the cell.

The Nervous System: Electricity’s Journey Through Our Bodies

Our bodies are equipped with bio-electrical cables, known as nerves, millions of meters (feet) in length. Information is transported along these cables at a speed approaching that of light. The way nerves extend to every point in our bodies, possessing an astonishing order, and the way commands and information are carried by means of these cables, are miraculous. Despite the intensity of the data flow involved, no confusion ever occurs, and every message is transmitted scrupulously to its destination.

Also surprising is that no matter how different the sensory information, being forwarded—concerning the keyboard you touch, the taste of the sweets you eat, the smell of newly baked bread, the sound of the telephone or the sight of daylight entering your eyes—the same communications system is employed. All information regarding our senses or thoughts travels inside nerve extensions, encoded in the form of electrical stimuli, in a wave state. Although these many electrical signals constantly coming and going throughout the body are all identical, they reveal to us a world full of myriad colors and rich details.

Our nerves also permit us to obtain information about the world around us, to react quickly to changes, and also let various regions of the body function as a single entity. They also transmit orders from the brain, the body’s command center—so that essentially, nerves are highways that transmit the data that keeps our bodies alive and healthy. Departing from the brain and spinal column, they extend to all parts of the body including the skin, muscles, sensory organs, even the teeth and the interior of the bones.

If the nerves extended to everywhere in your body apart from your right hand, what would happen? First off, your hand would have no sensations. You would not feel a knife that cut your finger and would be unable to perform any tasks for which you normally use that hand. You could not have your fingers grip a cup, hold a pencil, open a door, or comb your hair. In short, your hand would be just a quantity of living flesh and bone.

But the existence of nerves alone is not sufficient for a healthy life. They must also have to reach all parts of the body and be able to communicate with one another. It is impossible for how the nerves interpenetrate the entire body and control all its flawless systems to have come about simply by chance.

Despite the many opportunities provided by present-day technologies, scientists have been unable to produce anything resembling the cell. Evolutionists maintain that a cell, of its own accord, flawlessly fulfills responsibilities that human beings are unable to replicate. But that claim is incompatible with logic and reason. Clearly, the nervous system enfolds and manages our entire bodies and even engages in conscious activities. However, this superior consciousness that astonishes scientists cannot belong to cells—mere collections of organelles and their unconscious atoms. This consciousness belongs to Allah, the Maker of all. (Al-Baqarah 2:54)

Electricity cables consist of two main components: Inside, there’s generally a copper wire through which the electric current passes; and outside and surrounding it, there is some kind of insulating material that prevents electrons escaping their intended path, in the process called short-circuiting.

Nerve cells possess exactly the same design as an electrical cable: Inside are very fine fibers, through which the body’s electrical current passes. Surrounding them is an insulating tissue known as the Schwann sheath, which prevents neurological short-circuiting. When the sheath is damaged for any reason—by a virus for example—then the nerve’s current is dispersed throughout the tissues, resulting in partial or total paralysis, in much the same way that an electrical cable loses its function when its rubber casing splits or burns.

Thanks to this constantly repeated process, the activities continue that keep us alive. However, this procedure is a great deal more detailed and possesses a far more complex design than is summarized here. The more the imaging power of our electron microscopes increases, the more complexity emerges to amaze scientists. The design of the cells that constitute the nerves is full of astonishing details that display the infinite might of our Lord:

“The kingdom of the heavens and the Earth and everything in them belongs to Allah. He has power over all things.” (Al-Ma’idah 5:120)