His Lineage and Upbringing 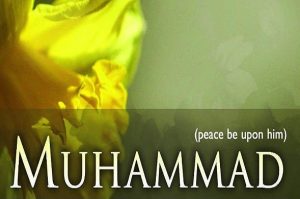 He lived a life full of great manners, beautiful conduct and pleasant characteristics.

His noble lineage has been preserved until Adam (peace be upon him), and his mother was Aminah bint Wahb.

He (peace be upon him) was born in Makkah in the Year of the Elephant, equivalent to the year 570 CE.

He lived a life full of great manners, beautiful conduct and pleasant characteristics, so much so that his people gave him the nickname of “The Trustworthy.”

At the age of forty, Muhammad (peace be upon him) attained prophethood when the Truth (i.e. the revelation) came to him in the cave of Hira’ whilst he was worshipping, and he (the angel) informed him that he was the Messenger of Allah. He then began calling his people to iman (belief) in Allah and His Messenger, and calling them to worship Allah alone and to stay away from worshipping other than Him.

As a result, he received various types of harm at the hands of his people, but he remained patient until Allah manifested His religion. He then migrated to Madinah where legislative rulings were prescribed, Islam attained honor and the religion was completed.

He (peace be upon him) then died on a Monday in the month of Rabi` Awwal in the year 11 AH, and his age was sixty-three. He joined the Highest Companions (in Paradise) after he conveyed the clear message, strove hard in Allah’s Cause as he ought to have strove, guided his Ummah to every good and warned them from every evil. So may Allah’s peace and blessings be upon him.

From amongst the unique characteristics of the Prophet (peace be upon him) is that he is the seal of the prophets, leader of the messengers and leader of the pious. The message he was sent with was general for the thaqalayn (the jinn and mankind), and Allah sent him as a mercy to the worlds. He was taken on the night journey (Al-Isra’ to Bayt Al-Maqdis (Jerusalem) and from there ascended to the heavens (Al-Mi`raj).

Allah called upon him (in the Qur’an) by his ascription to prophethood and messengership, and he was given concise speech that entailed vast meanings. Finally, Allah bestowed upon him five unique characteristics that were not given to the other prophets.

Jabir ibn `Abdullah (may Allah be pleased with him) narrated:

The Prophet (peace be upon him) said, “I have been given five things which were not given to anyone else before me: Allah made me victorious by awe (by His frightening my enemies) for a distance of one month’s journey; the earth has been made for me (and for my followers) a place for praying and a thing to perform dry ablution, therefore anyone of my followers can pray wherever the time of a prayer is due; the booty has been made lawful for me, yet it was not lawful for anyone else before me; I have been given the right of intercession (on the Day of Resurrection); and every prophet used to be sent to his nation only, but I have been sent to all mankind.” (Al-Bukhari and Muslim)

He (peace be upon him) was also given unique characteristics that his Ummah was not, among which were: permission to continuously fast without break; marrying without giving a dowry; marrying more than four wives at one time; his wives being unlawful to marry after his death; not being allowed to take charity; being able to hear and see what others could not, like seeing Jibril (Gabriel) in his true image that Allah created him upon; and finally, he is not inherited from.

The article is an excerpt from the author’s book “Summarized Islamic Fiqh In Light of the Qur’an and Sunnah”, translated by Kamil Ahmad & Jawad Beg.