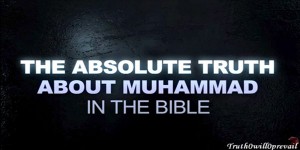 What is the evidence that Prophet Muhammad (peace be upon him) was mentioned in the Bible?

Abraham is widely regarded as the Patriarch of monotheism and the common father of the Jews, Christians and Muslims. Through his second son, Isaac, came all Israelite Prophets including such towering figures as Jacob, Joseph, Moses, David, Solomon and Jesus (may peace and blessing be upon them all). The advent of these great Prophets was in partial fulfillment of God’s promises to bless the nations of earth through the descendants of Abraham (Genesis 12:2-3). Such fulfillments are wholeheartedly accepted by Muslims whose faith considers the belief in and respect of all Prophets an article of faith.

The Blessing of Ishmael and Isaac

Were the first born son of Abraham (Ishmael) and his descendants included in God’s covenant and promise? A few verses from the Bible may help shed some light on this question:

After Jesus, the last Israelite Messenger and Prophet, it was time that God’s promise to bless Ishmael and his descendants be fulfilled. Less than 600 years after Jesus, came the last messenger of God, Muhammad (peace be upon him), from the progeny of Abraham through Ishmael. God’s blessing of both of the main branches of Abraham’s family tree was now fulfilled. But are there additional corroborating evidence that the Bible did in fact foretell the advent of Prophet Muhammad (peace be upon him)?

Long time after Abraham, God’s promise to send the long-awaited Messenger was repeated this time in Prophet Moses’ word.

In Deuteronomy 18:18, Prophet Moses spoke of the Prophet to be sent by God who is:

The Awaited Prophet Was to Come from Arabia

Deuteronomy 33:1-2 combines references to Prophets Moses, Jesus and Muhammad (peace be upon them). It speaks of God (i.e. God’s revelation) coming from Sinai, rising from Seir (probably the village of Sa’ir near Jerusalem) and shining forth from Paran.

According to Genesis 21:21, the wilderness of Paran was the place where Ishmael settled (i.e. Arabia, specifically Mecca).

Indeed, the King James Version of the Bible mentions the pilgrims passing through the valley of Ba’ca (another name of Mecca) in Psalms 84:4-6.

Isaiah 42:1-13 speaks of the beloved of God. His elect and Messenger who will bring down a law to be awaited in the isles and who “shall not fail nor be discouraged till he have set judgment on earth.” Verse 11, connects that awaited one with the descendants of Ke’dar. Who is Ke’dar? According to Genesis 25:13, Ke’dar was the second son of Ishmael, the ancestor of the Prophet Muhammad (peace be upon him).

Muhammad’s Migration from Mecca to Medina: Prophesied in the Bible?

Habakkuk 3:3 speaks of God (God’s help) coming from Te’man, (an Oasis North of Medina according to J. Hasting’s Dictionary of the Bible), and the holy one (coming) from Paran. That holy one who under persecution migrated from Paran (Mecca) to be received enthusiastically in Medina was none but Prophet Muhammad (peace be upon him).

Indeed, the incident of the migration of the Prophet and his persecuted followers is vividly described in Isaiah 21:13-17. That section foretold as well about the battle of Badr in which the few ill-armed faithful miraculously defeated the “mighty” men of Ke’dar, who sought to destroy Islam and intimidate their own folks who turned to Islam.