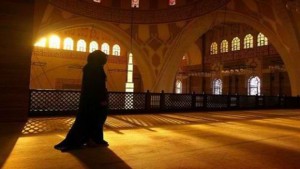 The Qur’an was attempting to give women such legal status that most Western women would not enjoy until the nineteenth century.

Whenever Prophet Muhammad’s name emerges, the image in many people’s minds is a man with many wives. For Muslims, his multiple marriages had a meaning and immense implications for Islam, and by extension, the history of the world. Needless to say, the issue remains controversial, and as such, any study of the matter requires an objective approach. Therefore, we will endeavor to tackle this topic by being as objective as possible.

Prophet Muhammad was driven by the goal to ensure that his mission as the Messenger of God was fulfilled and to establish a society based on God’s commands, and not his own. In order to achieve this goal, he did everything that was humanly possible: he forged relations with the various tribes of Arabia, concluded peace treaties with his sworn enemies and kept relations with the heads of various tribes, nations and religions.

Taken together, his marriages were one way by which he fostered relationships with various influential tribes. If one were to view the marriages of the Prophet from this context, the motivating factors behind his marriages become clear. It would be very simplistic and incorrect to view his marriages as being merely for lustful ends. Let us now briefly examine the context of each of his marriages to see whether this was the case.

From the outset, it is of ultimate importance to note that, except for only one of his wives, all of his eleven wives were widowed or divorced. Most were in fact widowed.

His first marriage was to a widow named Khadijah, who had been married twice and whom he married when she was forty years old and he was twenty five. She was the first woman to embrace Islam. She provided great consolation to him throughout his life and he continued to remember her in his later years as his most beloved wife. He stayed with her faithfully for 25 years until her death, at which time he was 50 years old, and she was 65 years old.

If he was driven by lustful desires as accused by his opponents, he could have married several, beautiful young women in a society where having numerous wives was a norm – there would be no reason to faithfully remain with an older woman until the age of 50. This single fact would be sufficient to totally refute the charges against him in this regard. However, an examination of all of his marriages, as we shall see, should put this question to rest.

After Khadija’s death, he married another widow, Sawda, who was 65 years old. She and her previous husband, Sakran, were among those who had immigrated to Ethiopia, fleeing from the oppression and persecution of the Meccans. It was during their return to Mecca that her husband had died. Seeing her difficult condition, the Prophet (peace be upon him) married her.

Then, he married `A’ishah, daughter of his lifelong friend and companion Abu Bakr. `A’ishah had first been betrothed to Jabir bin Mut`im at the age of 5. Child marriages were evidently the norm at that time. She was the only virgin among the Prophet’s wives and the only one who was born into a Muslim family. One of the Prophet’s goals in this marriage was to strengthen the bond of his brotherhood with Abu Bakr, who was his main defender against the Meccans. Second, `A’ishah was of a lineage known for honor and intelligence. The Prophet knew that she would tremendously benefit his nation (ummah) by transmitting crucial knowledge from his life, especially family and personal matters that others were not privy to.

Indeed, the Prophet advised his community to learn half of the knowledge of the religion from `A’ishah. The foresight of the Prophet proved itself, for she would live for 45 years after his death, and thus became one of the main sources of Prophetic wisdom and knowledge.

He also married another widow, Hafsa, who was the daughter of `Umar Bin Khattab, his next closest companion. Her husband, Khunays, had been martyred in the Battle of Badr. He felt a duty towards `Umar, whose acceptance of Islam provided a major boost for the Muslims in Mecca against their foes.

Zaynab, daughter of Khuzaima, was another widow that the Prophet married. She was married to `Ubayda bin Al-Haris, who was martyred in the Battle of Badr. She was sixty when the Prophet married her. She was known as the “Mother of the Downtrodden”. She, however, passed away after two or three months of marriage.

He married another widow, Umm Salama. Her previous husband, Abu Salama, was martyred in the Battle of Uhud, leaving behind four orphans. Umm Salama was pregnant at that time and was extremely distressed and very sad. Needless to say, she needed much support. After her delivery, `Umar proposed that the Prophet marry her. The Prophet accepted the proposal and married her.

What purpose can there be for a person of 54 to marry a widow with four orphans except love, mercy and compassion? There was another crucial factor in this marriage: Umm Salama was from the Bani Makhzum tribe, which was the tribe of Islam’s arch enemies at that time, Abu Jahl and Khalid bin Walid. Though Abu Jahl never changed, Khalid later accepted Islam and became a brilliant military general. Once again, bringing influential and powerful tribes closer to Islam was one of the noble objectives of the Prophet’s marriages.

He married a divorced woman, Zaynab, the daughter of Jahsh. She was married to Zayd bin Haritha, the freed slave of the Prophet. She was the cousin of the Prophet, being the daughter of his paternal aunt. Zayd divorced her and the Prophet married her when she was 38 years old. His marriage to Zaynab was aimed at emphasizing the invalidity of the age-old Arab practice of taking adopted sons as real sons. The marriage was divinely sanctioned, as stated in the Qur’an,

So when Zayd had no longer any need for her, We married her to you in order that there not be upon the believers any discomfort concerning the wives of their adopted sons when they no longer have need of them. (Al-Ahzab 33:37)

Umm Habiba was another widow whom the Prophet married. She was a daughter of Abu Sufyan who was a bitter enemy of Islam until his conversion later. She was initially married to `Ubaydullah, who was a companion of the Prophet. Both immigrated to Ethiopia, fleeing the persecution of the Meccans. `Ubaydullah became a Christian and later died there. Considering her very difficult situation, her father being an enemy of Islam and her husband a deserter, the Prophet sent an envoy to Negus, king of Ethiopia requesting to arrange a marriage with her. The king arranged the marriage and she was married to him when she was 36 or 37 years old. Like many of his marriages, his marriage to Umm Habiba resulted in bringing a major tribe of the Quraysh, Banu Abd al-Shams, towards Islam.

He married another widow, Juwayria. Both her father and husband were bitter enemies of Islam; the former had planned to attack Medina at the instigation of the Meccans. This led the Muslim army to march against the clan of her father. The result was their defeat at the hands of the Prophet and the death of Juwayria’s husband. After the conflict, the Muslims captured many prisoners, one of whom was Juwayria. Juwayria’s father offered a ransom for her freedom. She requested to stay in the service of the Prophet and he married her at her request. Her marriage resulted in the freeing of all the prisoners of war of her tribe. Again, this marriage led to the establishment of peace and friendly relations.

He also married a woman named Safiyya, a widow as well. Her second husband was killed in the Battle of Khaybar. Her father was the chief of the famous Jewish tribe, Banu Nazir. He was killed in the Battle of Khaybar, and so Safiyya was taken prisoner. She was eventually freed and the Prophet married her. Some complained that she was sympathetic to the Jews. Her answer was that they were her relatives, and the Prophet defended her position. He told her to respond in the following way: “My father is Aaron (Haron) and my uncle is Moses (Musa).” This marriage had led to a closer relationship between the Muslims and the Jews of Medina.

His final marriage was to another divorced woman, Maymuna. She was married twice and was very old. She married the Prophet when he was 57. The reason for her marriage was that the Prophet’s uncle, `Abbas, suggested it in order to bring her tribe –Hilaliyyin– to the fold of Islam. That was actually what happened; after his marriage to her, they entered Islam in hosts.

From the above, we see that it was not the Prophet’s whims and desires that initiated his marriages, but rather it was that God had planned his marriages. He commanded His Messenger after the last marriage (with Maymuna) not to marry any more (Qur’an 33:52), because by that time the objectives of his marriages were achieved as the Prophetic mission was near to completion.

All of this does not mean that the Prophet was not interested in sex. He was surely attracted by sex and beauty, and was not a prude in expressing it. He said, “Perfume and women are made dear to me. However, the joy of my eye is in prayer.” He also said: “I am in full control of myself.” In fact, a look at his life would suggest that he approached the various aspects of human life with moderation – be it eating, drinking, or enjoying time with his wives – never indulging in any one thing excessively. The portrayal of him by many Western writers as promiscuous and licentious, mostly due to the fact that he had numerous wives, is far from the truth and historical facts as shown above. Indeed, his marriages had a social motive and a higher goal than mere sexual gratification.

It would be relevant here to quote a female, Western scholar, Karen Armstrong, the author of Muhammad: A Prophet for Our Time, in relation to the issue of Prophet’s marriages and polygamy in Islam:

“The Qur’anic institution of polygamy was a piece of social legislation. It was designed not to gratify the male sexual appetite, but to correct the injustices done to widows, orphans, and other female dependents, who were especially vulnerable. All too often, unscrupulous people seized everything and left the weaker members of the family with nothing… Polygamy was designed to ensure that unprotected women would be decently married, and to abolish the old loose, irresponsible liaisons; men could have only four wives and must treat them equitably; it was an unjustifiably wicked act to devour their property… The Qur’an was attempting to give women a legal status that most Western women would not enjoy until the nineteenth century. The emancipation of women was a project dear to the Prophet’s heart…”

Source: Taken from the book “Ten Questions and Answers about Prophet Muhammad” by Ibrahim H. Malabari