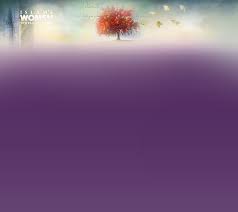 The Prophet (peace be upon him) taught his companions that “women are exactly like men.”

It is sometimes argued that the Prophet Muhammad (peace be upon him) advocated the oppression of women as shown in his actions and the principles that he taught his followers. Some ask: how can one dismiss the oppression of women as wrongful acts perpetrated by some misguided Muslims, when it was endorsed by the very Prophet of Islam? Further, since the Prophet Muhammad prescribed laws for women from the perspective of a man and the patriarchal, tribal society in which he lived, this would naturally lead to diminishing the status of women. Therefore, the argument goes, Islamic attitudes and laws should be viewed as outdated and in need of revision.

But is it really the case that the Prophet’s teachings and practices endorse an oppressive way of life for women? Moreover, were his teachings based on his personal knowledge, experience or the conditions of the society in which he lived? Are Islamic attitudes toward women related to personal, social and historical conditions? As stated in the Qur’an:

It is He who created you from one soul and created from it its mate that he might dwell in security with her. (Al-A`raf 7:189)

This important verse expresses equality in the essence of both men and women. It is a principle that is grounded in an overarching view of humankind in Islam: that men and women are at the most fundamental level equal in the pursuit of ultimate happiness. While Islamic law takes for granted certain biological and social differences between men and women, this overarching view of gender equality is never sacrificed. At the same time, the rules and regulations that apply to women that seem discriminatory from a modern perspective were not based on the Prophet’s personal opinion or historical contingencies. Rather, Muslims believe that the Prophet was the conveyer of divine speech which carries far-reaching wisdom. Grasping aspects of God’s wisdom requires learning, spiritual insight and experience. Thus, for a Muslim, it is not to be refuted simply because they run contrary to some modern sentiments.

It should be added that although there are biological and social differences between the genders, the Prophet’s ethics connect man and woman in a very significant way: in their pursuit of good works. The two are meant to be agents of good and help one another in doing what is ultimately virtuous. The Qur’an not only endows women with the lofty ideals of attaining virtue and knowledge but also inextricably links the function of men with that of women; thus one gender is not privileged over another. In describing the relationship of a husband to his wife, the Qur’an says

Both are to be mutually supportive in the pursuit of good. The Prophet not only treated women fairly and equally but also raised her status in a society that treated women as a curse and as inferior. This was a society that buried alive newly born girls to protect a skewed view of honor.

Two critical instances demonstrate the care and rank he assigned to women. First, at the time of his death, when one would be concerned with the most significant of matters, the Prophet strongly advised his companions to treat women gently and compassionately.

Another occasion was his farewell speech on his only Pilgrimage which was reportedly attended by one hundred and twenty thousand people. He purposely used that unique and rare occasion to instruct his companions to treat women fairly and compassionately, lest people go back to their old and unjust practices.

Hundreds of examples can be cited from his own life that show how he treated women compassionately and with utmost dignity and respect. He showed respect and dignity not only towards Muslim women but also non-Muslim women as well. Women from various backgrounds, race and colors found in him a refuge and a merciful protector. This claim can be substantiated by many incidents which are beyond the scope of this article.

He taught them that “women are exactly like men.” This is an explicit statement from the Prophet proclaiming the equality of women and men in status and rank. Once a person came to the Prophet and asked, “Who deserves my best rapport?” The Prophet replied, “Your mother”. The person repeated the question three times and the Prophet repeated the same answer. On the fourth time he said: “Your father.” (Al-Bukhari) To those unfamiliar with Arabic expression, the Prophet’s answering “your father” on the fourth occasion indicates the lofty status of motherhood over fatherhood, and the highly regarded status of women in Islam.

On another occasion he said “A believer must not hate a believing woman. If he does not like an aspect of her character, he should like another.’’ (Muslim) Whenever his daughter Fatimah would come to his home, he would stand to greet her, kiss her, and seat her in his place. Whenever he visited her she would do the same: stand up to greet him, kiss him and seat him in her place. Old women, slave girls, and women who many would consider unimportant were able to take his hand and go around the streets of Medina to fulfill some of their needs. In the Prophet they would always find a helping hand; such was his humbleness, tenderness and mercy towards women.

Hundreds of examples can be cited from his own life that show how he treated women compassionately and with the utmost dignity and respect. He showed respect and dignity not only towards Muslim women and women of his community, but also to non-Muslim women and outsiders alike. Women from various backgrounds, races and ages, found in him refuge and mercy.