Among the seventy-man delegation of the Ansar who took the oath of allegiance to the Prophet in the Second Allegiance of `Aqabah sat a young man with a bright face, graceful eyes, and a radiant smile. When he was silent, he attracted attention with his profound peacefulness and devoutness. On the other hand, when he talked, he held his people spellbound. This young man was Mu`adh lbn Jabal (May Allah be pleased with him). 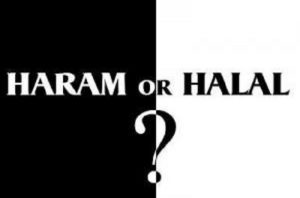 Mu`adh Ibn Jaba was a man of remarkably enlightened, resolute, and decisive mind.

He belonged to the Ansar, and he was among the foremost believers who gave the second oath of allegiance to the Prophet (peace be upon him).

Naturally, a man of such precedence, faith, and certainty would not miss for the world a battle or an expedition. His uppermost quality was his knowledge of fiqh (jurisprudence) the practical aspect of Muhammad’s message. He reached the apex in knowledge and fiqh, to the extent that made the Prophet (peace be upon him) say, “The most learned man of my nation in halal and haram is Mu`adh Ibn Jabal.”

Now, Mu`adh’s staunch commitment to Allah’s Book and the Prophet’s Sunnah does not mean that he closed his mind to the countless and endless hidden or equivocal facts that await someone to unravel and adjudicate.

Perhaps both Mu`adh’s ability in juristic reasoning and the courageous usage of his intelligence enabled him to master the fiqh, excelling all other scholars. The Prophet justifiably described Mu`aadh as “the most learned man of my nation in halal and haram.”

History portrays him as a man of remarkably enlightened, resolute, and decisive mind. For instance, `Aaez Allah lbn `AbduAllah narrated that one day he entered the mosque with the Companions of the Prophet at the dawn of `Umar’s caliphate. Then he sat among more than thirty men. Let us hear him narrate the story: “I sat with a group of more than thirty men. They were recalling a hadith of the Prophet (peace be upon him). In this ring sat a dark, swarthy young man who had a sweet voice and a radiant face.

Whenever they disputed about a hidden or ambiguous meaning in the Hadith, they at once sought his legal instruction or judgment. He seldom, if ever, spoke unless he was asked. When their meeting was over, I approached him and asked him, “Who are you, O Allah’s Slave?” He answered, “I am Mu`adh Ibn Jabal.” So I instantly felt dose to him.

Also, Shahr Ibn Hawshab said, “Whenever Mu`adh lbn Jabal was present when the Companions of the Prophet were holding a meeting, they looked at him with reverence”.

`Umar Ibn Al-khattab, the Commander of the Faithful, often consulted him. It seemed that Mu`adh had a highly disciplined mind and a captivating and convincing logic that moved peacefully and knowledgeably. When we look at his historical background, we will always see him at the center of attention.

He always sat there surrounded by people. He always maintained a discrete silence that was only broken whenever people were anxious to hear his judgment and whenever they were in dispute.

When he spoke he looked, as one of his contemporaries described, “as if light and pearls were emanating from his mouth rather than speech.”

He reached his high rank in knowledge and reverence when the Prophet was alive and maintained it after his death, notwithstanding his youth, for Mu`adh died during `Umar’s caliphate at the age of thirty-three years.

Mu`adh was generous, magnanimous, well-mannered, and good-natured. If anyone asked him for money, he would readily and gladly give it to him. His generosity made him spend all his money on charity and aid.

When the Prophet died, Mu`adh was still in Yemen, where the Prophet had sent him with the task of teaching Muslims their religion and fiqh.

After a while, Mu`adh emigrated to Syria, where he lived among its people and the expatriates as a teacher and a scholar of fiqh. When Abu `Ubaydah, the governor of Syria and a close friend of Mu`adh, died, the Commander of the Faithful `Umar Ibn Al khattab assigned Mu`adh to take his place as a ruler.

Only a few months had elapsed after his taking over when he died, humble and repentant to Allah. `Umar (May Allah be pleased with him) used to say, “If I were to grant Mu`adh Ibn Jabal succession and Allah asked me, `Why did you make him your successor?’ I would readily answer, `I heard Your Prophet say that when those who have knowledge stand before Allah, Mu`adh will be among them.”

The succession that `Umar meant here was not merely over a country or a governorship but over all the Muslim lands. When `Umar was asked before his death, “If you choose your successor now, we will give him our allegiance,” he answered, “If Mu’aadh lbn Jabal were alive and I made him my successor to the caliphate, then I died and met Allah Who asked me, `Whom did you assign to rule Muhammad’s nation?’ I would answer, `I assigned Mu`adh lbn Jabal to rule it after I heard the Prophet say ‘Mu`adh Ibn Jabal is the Imam of those who have knowledge of Judgment Day.”

The Prophet (peace be upon him) said one day, “O Mu`adh, by Allah I love you dearly, so do not forget to recite after every prayer, `Allah help me in remembering You, in offering thanks to You, and in worshiping You properly.’”

Indeed, the Prophet supplicated Allah to help him to remember Him. The Prophet persevered in stressing this great fact that tells people that authority belongs to Allah, He has the power over all, and there is no power or any might except with His permission, for He is Most High and Most Great.

Definitely, Mu`adh had learned and fully grasped this fact.

He did his utmost to cherish and apply this fundamental basis in his life from that moment onwards.

Mu`adh advocated knowledge and the remembrance of Allah. Moreover, he invited mankind to seek the useful and true knowledge saying, “I warn you against the deviation of wise men. You will know the truth when you see it, for it has a distinctive light!” He believed that worship was an end and a means to reach justice.

One day a Muslim asked him, “Teach me.” Mu`adh asked him, “Will you obey me if I teach you?” The man answered, “I will not disobey you in anything.” He said then, “Fast, then break your fast. Pray during the night but you must get some sleep. Earn what is halal and what is rightfully yours and do not earn sin. Die as a true Muslim. Finally, I warn you against the supplication of those who have been wronged or oppressed.”

He believed that education meant knowledge and practice; therefore, he said, “Learn whatever you like to learn, yet Allah will not make your learning worthwhile unless you practice what you have learned.”

At the end, death summoned Mu`adh. It was time to meet Allah. When the stupor of death creeps upon someone, his subconscious takes the reins and spurs the tongue – if it is able to – to disclose the reality of all mankind in concise words that summarize his life story.

In those blessed moments, Mu`adh faintly uttered great words that revealed a great believer, for he gazed up into the sky and humbly supplicated Allah, the Most Merciful, saying,

“Allah I used to fear You but now I implore You. Allah, You know that I did not devote my life to travel in the lands or to earn money or property but rather consecrated it to knowledge, faith and obedience, notwithstanding intense heat or hardships.”

He stretched his hand as if he were shaking death and went into a coma. His last words were, “O Death, welcome! You are a long-awaited beloved.”