The Christian concept of divine decree , fate or destiny is marred by ambiguity. In searching of Christians’ understanding of this belief, we found a conflict of opinions. Some Christians reject the existence of this belief altogether; others make a distinction between faith in decree and  predestination. They believe in the first while rejecting the second !

Father Michael Mena, says: “As for fate is the matter through which things are predestined without extravagance or shortcoming. In other words, it is a just requital in which a person may have a just reward or punishment  for his/her acts. Such idea of decree and predestination does not exist in Christianity, but rather is taken from pagan acts of worship where they believe that their gods may value certain works, calamities or good things. In Christianity, the compulsory decree may be found in celestial bodies which have certain paths that are compelled to walk through”. 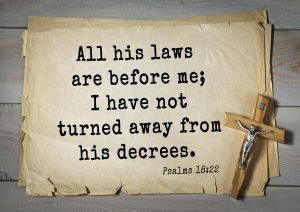 Another Christian thinker says: “Christianity does not believe in decree and destiny. This is an Islamic thought, but that everything is subject to the authority of our living God. We believe in the power of prayer and the response of the Lord who does anything for the sake of his loved ones. God does not compel anyone and does not judge anyone wrongly on the pretext of fatalism and the saying that everything is judgment.”

The Islamic vision and understanding of divine decree and predestination is considered to be reasonable and comprehensive. Allah-glory be to him- does not compel anyone to choose a thing or do it. He previously knew what to happen in future and wrote it.

Fathers have fallen into the misunderstanding and confusion of the reality of such concept, as their views were based on the apparent injustice of the Lord!

Father Michael says, “God’s decree confirms the result of human actions and the freedom of their will to choose their actions. But Christianity rejects the compulsory decree of the idea of ​​a person being judged before he is born to live as a disbeliever, a murderer or an adulterer. This is injustice and lack of knowledge of a just God. A murderer or adulterer, on the day of judgment, will be held accountable for something that was written upon him before s/he was born; even if the infidel repented or prayed to God, it is written that he should be so. Those beliefs are rejected by Christianity.”

The Islamic point of destiny requires that God Almighty wrote what he knew that would be in future and no one was forced into his destiny, but they were given what they chose to do and this is what Christians could not understand, even though many texts contained in the Bible indicate the two aspects of compulsion and choice:

“to carry out the sentence written against them– this is the glory of all his faithful people. Praise the LORD.” (Psalm 9: 149)

“This day I call the heavens and the earth as witnesses against you that I have set before you life and death, blessings and curses. Now choose life, so that you and your children may live.” (Deuteronomy, 30:19).

“Then Joshua said, “You are witnesses against yourselves that you have chosen to serve the LORD.” “Yes, we are witnesses,” they replied..” (Joshua 24:22).

With these texts, Christians cannot reject the principle of fate, decree, predestination or judgment, but it is the misunderstanding that has made them reject it or make wrong interpretations to it. Divine decree or predestination is addressed in the Qur’an with a comprehensive understanding:

“There is not to be upon the Prophet any discomfort concerning that which Allah has imposed upon him. [This is] the established way of Allah with those [prophets] who have passed on before. And ever is the command of Allah a destiny decreed”. (33:38)

“No disaster strikes except by permission of Allah. And whoever believes in Allah – He will guide his heart. And Allah is Knowing of all things”. (24:22)(

Also such a doctrine finds a support in the Sunnah (narrations) of Prophet Muhammad (Peace be upon him):

“A believer who is strong (and healthy) is better and dearer to Allah than the weak believer, but there is goodness in both of them. Be keen on what benefits you and seek help from Allah, and do not give up. If anything afflicts you do not say, ‘If I had done such and such things, such and such would have happened.’ But say, ‘Allah decrees and what He wills He does,’ for (the utterance) ‘If I had’ provides an opening for the deeds of the devil.” Related by Muslim.”

If you are to collect the texts of the Bible together, you will reach the same understanding, but the ecclesiastical misinterpretation of the texts carries with it an approach that contradicts the requirements of sound thinking. Jesus is reported to have said

“Are not two sparrows sold for a penny? Yet not one of them will fall to the ground outside your Father’s care.” (Matthew. 10:29).

Islam, in its comprehensiveness of the concept of destiny, raises the value of acts. Allah-glory be to him- hided the fate of every act so that no one may take it as a pretext for his evil or good act although the acts themselves are created by God (Allah). The Prophet (PBUH) says,

Al-Bayhaqi says, “It is known that the actions are more than things, Had the people were the creators of all their acts or their deeds they would be superior to God who would the creator of things only! Therefore, the deeds of people are created the will of all because God Almighty said: “And God created you and what you do.”