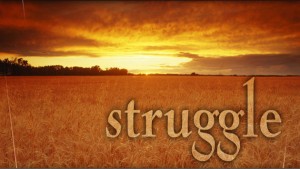 Nowadays, the military form of Jihad is available only to the military men at the armies of the Muslim countries.

There is no denying that there are actually some Muslims who exercise terrorism for they are deceived into believing that Islam commands war against the unbelievers. However, this is one of the distorted teachings of Islam.

As a matter of fact, Islam actually commands Jihad but not in this twisted, perverse and savage way. Let’s see what is Jihad and how an individual Muslim can practice it especially in a non-Muslim environment.

As everybody of us knows, there is a lifelong battle between right and wrong. Upon professing Islam, a person decides to side with right against wrong. He is then commanded to struggle against wrong. But, wrong has various forms and so does the fight against it.

Jihad has uncountable forms and levels. There are self-Jihad, familial Jihad, societal Jihad, peaceful Jihad, armed Jihad and so on. Each effort exerted to support what is right or resist what is wrong is considered a sort of Jihad. Each endeavor intended for reformation on earth is also seen as Jihad.

Accordingly, under Islam, every Muslim is ordered to exercise Jihad simply because he must be able to practice at least one form of Jihad. Each Muslim has his own Jihad which is suitable for him and his worldly conditions.

However, all forms of Jihad are preceded by a primary form of Jihad, namely self-Jihad. Man cannot fight outside wrong if he himself does a lot of wrong. Thus, the first and foremost form of Jihad to be gone through by all Muslims is self-Jihad. After a Muslim makes sure that he suppresses wrong inside himself, he can then fight it outside.

Consequently, a new Muslim should practice self-Jihad first and then he can practice the form of Jihad which is feasible in his environment. If he is, for example, a US national, he can exercise familial Jihad where he forbids what is wrong and enjoins what is right within his family in a good and proper way. He can expand his area of operation as wide as possible.

However, he is not allowed to use force within the framework of armed Jihad for he cannot afford this Jihad in his environment. As I have indicated, Jihad has many forms and levels. Military Jihad is only one from of Jihad which is not available to many Muslims.

Nowadays, the military form of Jihad is available only to the men at the armies of the Muslim countries. If a Muslim insists on practicing the military form of Jihad, he may join the army of an Islamic state. Otherwise, such a form of Jihad will be deemed to be unavailable to him. Thus, he will be under no obligation to engage in armed Jihad. He can exercise other forms of Jihad as may be available to him. As I pointed out above, each effort exerted to enjoin what is right and forbid what is wrong is deemed a form of Jihad. The Muslim who cannot join the army of a Muslim state can perform the other forms of Jihad.

Nevertheless, a Muslim may not exercise terrorism in order to perform the obligation of Jihad. This goes against the teachings of Islam, and what is more is deemed as fulfillment of an obligation which is waived and dropped for being legally unavailable.

The carriage of weapons is something which is very serious and perilous. So it is well-regulated under Islam so that neither the people who fight nor the people who are fought will be wronged.