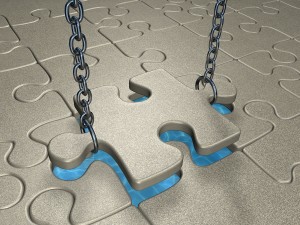 Allah sent Prophets and Messengers to guide people to the purpose of their creation.

No doubt that our life has a very ultimate purpose for which it has been brought into existence. Claiming a purposeless existence is entirely against logic and reason as well as against the will of God, the Creator. He says,

Did you think that We had created you in play (without any purpose), and that you would not be brought back to Us?” So exalted is Allah, the Sovereign, the Truth; there is no deity except Him, Lord of the Noble Throne. (Al-Mu’minun 23:116-117)

God (Exalted be He) considered this claim a false accusation that does not go in line with His boundless Omnipotence, Knowledge and Wisdom. One has to look for this purpose to accomplish the goal of his existence on the earth and fulfill the will of his God.

As early as man came on this earth, Allah sent Prophets and Messengers (peace be upon them) to guide people to the purpose of their creation and convey the message of the Creator to His creation. Those Prophets came successively in every generation and place, when a Prophet dies another succeeds him. God says in the Quran,

The seal of the Prophets (peace be upon him) is our Prophet Muhammad and his message is the last of divine message which everyone has to follow, being the only authentic and preserved religion of God, while other divine religions have undergone perversion and misinterpretation as indicated by the Quran,

Do you covet [the hope, O believers], that they would believe for you while a party of them used to hear the words of Allah and then distort the Torah after they had understood it while they were knowing? (Al-Baqarah 2:75)

Owing to the clear deviations that other religions included, being distorted at the hands of some deviated persons who resorted to this mischievous action to secure worldly benefits and religious glorification for themselves on behalf of religion, the followers of these religions became confused and disarrayed owing to the conflicting beliefs that these religions preach, the faith in Trinity for example. Those followers finally found their rest and assurance in Islam.

Enjoy watching this video from the Deen Show by Eddie in which he hosts brother John Fountain, an ex-Christian who was a former catholic but converted to Islam and wrote a book explaining that Islam concluded the real message of Jesus.

The video is especially amazing as it shows the interesting conversion story of the guest who became one of the callers to Islam.