My encounters with Muslims over the years have taught me that criticizing and condemning faiths and religious groups is futile.

This only exacerbates the strength of the so-called “clash of civilizations.” 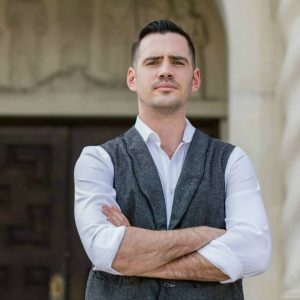 My fasting is about the spirit of Ramadan and how this period brings me and others closer to the Almighty.

Instead of fanning the flames of arrogance and ignorance, I do what Jesus called on me to do – engage with humanity and offer a hand of peace to people who have been branded “enemies.”

It is in this spirit that I decided to participate in something that is both inherently Christian and Islamic – fasting during Ramadan.

I broke the Ramadan fast with the Clear Lake Islamic Center and Muslim American Society in Seabrook, Texas. This gathering included people of diverse social backgrounds.

I had the opportunity to speak on Prophet Muhammad’s model of social integration and how this model can be implemented in society today. I heard others speak about the Prophet’s legacy of social justice activism and the importance of doing good deeds for mankind in the U.S. and beyond.

Though I had previously participated in fasting with Muslims, the Clear Lake gathering was special because it included many non-Muslims who gathered to show support for their Muslim neighbors, and to learn more about Islam.

Muslims believe that fasting is an essential pillar of the Islamic faith – indeed, fasting during Ramadan is one of the Five Pillars of Islam.

Muslims during this holy month focus not only abstaining from food and impurities in body/mind, but also the awareness of a Higher Being and His expectations of us as human beings.

Awareness of God, or taqwa in Islamic terms, is cultivated by Muslims during Ramadan through charity and service to mankind.

It is also nourished when Muslim communities worldwide invite their neighbors to break bread with them and spread the message of peace.

Christians like myself also believe that fasting is paramount to the Christian tradition. Jesus practiced fasting on many occasions, especially when he was tempted by evil (Matthew 4:1-11; Mark 1:12-12; Luke 4:1-4).

The purpose of Jesus’ fasting was simple – to draw nearer to God for guidance. Ramadan allows me – a follower of Jesus – to draw closer to God and all of His creation, which includes a wide range of races, ethnicities, cultures, and nations.

In the context of encounters with Muslims, Ramadan also teaches me that my well-being is dependent upon the well-being of my neighbors and enemies.

If Muslims suffer, I suffer too because we are part of the same community.

Our well-being depends on our shared commitment to social harmony and unity.

While solidarity and interfaith dialogue may not be obviously linked to fasting, they do certainly capture the spirit of Ramadan.

“It was the month of Ramadan in which the Qur’an was revealed from on high as a guidance for humanity and a self-evident proof of that guidance, and as the standard by which to discern the true from the false.”

This passage focuses on humanity and righteousness, not closed-knit communities and wrongdoing. This universalist message calls on human beings to be compassion and just, not divisive and cruel.

Prophet Muhammad reiterated these egalitarian messages when he warned mankind not to fast if fasting does not improve one’s community.

He stated: “If anyone does not refrain from lies and false conduct, God has no need for him to abstain from his food and drink.”

Muhammad’s statement reveals that Ramadan is about more than abstaining from food – it is also about spiritual nourishment and how good relations between groups of people is expected of us by God.

My fasting was more than a simple gesture of friendship in order to build bridges of understanding between Muslims and Christians.

My fasting is about the spirit of Ramadan and how this period brings me and others closer to the Almighty.

Each and every Ramadan is an opportunity for us all to engage in the “dialogue of civilizations,” where people of various faiths come together and unite under the banner of humanity.

This is the formula to cure our world of its many ills.  This is the commandment of Muhammad and Jesus.

This article was originally shared on Mvslim.com on the 27/05/18.

Craig Considine (Irish: Carrig MacConsáidín) is a Catholic American and native of Massachusetts. As a sociologist, he focuses on religion, Islam, Christianity, interfaith, race and ethnicity, identity as well as comparative research and ethnography.