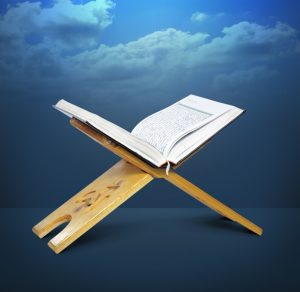 Muslims believe that all prophets and messengers delivered one message which is to worship Allah alone and not to associate others with him.

From Adam to Muhammad, there have been one message; the message of submission to the will of God alone.

Indeed, the religion in the sight of Allah is Islam. (Aal Imran 3:19)

Prophet Noah (peace be upon him) said to his people:

And if you turn away [from my advice] then no payment have I asked of you. My reward is only from Allah, and I have been commanded to be of the Muslims. (Yunus 10:72)

About Prophet Abraham (peace be upon him), Allah says:

When his Lord said to him, “Submit”, he said “I have submitted [in Islam] to the Lord of the worlds.”

And Abraham instructed his sons [to do the same] and [so did] Jacob, [saying], “O my sons, indeed Allah has chosen for you this religion, so do not die except while you are Muslims.” (Al-Baqarah 2:131-132)

About Prophet Jacob (peace be upon him) and his sons, Allah says:

Or were you witnesses when death approached Jacob, when he said to his sons, “What will you worship after me?” They said, “We will worship your God and the God of your fathers, Abraham and Ishmael and Isaac – one God. And we are Muslims [in submission] to Him.” (Al-Baqarah 2:133)

Prophet Joseph (peace be upon him) said:

My Lord, You have given me [something] of sovereignty and taught me of the interpretation of dreams. Creator of the heavens and earth, You are my protector in this world and in the Hereafter. Cause me to die a Muslim and join me with the righteous.” (Yusuf 12:101)

Prophet Moses (peace be upon him) said:

And Moses said, “O my people, if you have believed in Allah, then rely upon Him, if you should be Muslims.” (Yunus 10:84)

And you do not resent us except because we believed in the signs of our Lord when they came to us. Our Lord, pour upon us patience and let us die as Muslims [in submission to You].” (Al-Araf 7:125)

She was told, “Enter the palace.” But when she saw it, she thought it was a body of water and uncovered her shins [to wade through]. He said, “Indeed, it is a palace [whose floor is] made smooth with glass.” She said, “My Lord, indeed I have wronged myself, and I submit with Solomon to Allah, Lord of the worlds.” (An-Naml 27:44)

About all Prophets, Allah says:

Indeed, We sent down the Torah, in which was guidance and light. The prophets who submitted [to Allah]… (Al-Maidah 5:44)

And [remember] when I inspired to the disciples, “Believe in Me and in My messenger Jesus.” They said, “We have believed, so bear witness that indeed we are Muslims [in submission to Allah].” (Al-Maidah 5:111)

Say, “Indeed, my prayer, my rites of sacrifice, my living and my dying are for Allah, Lord of the worlds. No partner has He. And this I have been commanded, and I am the first [among you] of the Muslims.” (Al-Anam 6:162-163)

“Both in this world and in the Hereafter, I am the nearest of all the people to Jesus, the son of Mary. The prophets are paternal brothers; their mothers are different, but their religion is one.” (Al-Bukhari)

Prophet Jesus (peace be upon him) said:

Now this is eternal life: that they know you, the only true God, and Jesus Christ, whom you have sent. (John 17:3)

Also, the rules of the Shariah of Islam are in conformity of the rules of the previous laws in terms of the creed, the rituals such as prayer, zakah, fasting, and hajj. About Prophet Ishmael (peace be upon him), Allah says:

And he used to enjoin on his people prayer and zakah and was to his Lord pleasing. (Maryam 19:55)

About the ritual of fasting, Allah said:

O you who have believed, decreed upon you is fasting as it was decreed upon those before you that you may become righteous. (Al-Baqarah 2:183)

Hajj was performed during the time of Prophet of Abraham. Allah says:

He has ordained for you of religion what He enjoined upon Noah and that which We have revealed to you, [O Muhammad], and what We enjoined upon Abraham and Moses and Jesus – to establish the religion and not be divided therein. Difficult for those who associate others with Allah is that to which you invite them. Allah chooses for Himself whom He wills and guides to Himself whoever turns back [to Him]. (Ash-Shura 42:13)

2- Translation of the Prophetic Traditions