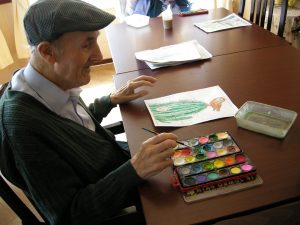 In light of the Coronavirus (COVID-19, what is the Islamic rule regarding paying the zakah of wealth and zakat al-fitr to hospitals and old people’s homes?

Muslims are urged to hasten to help in facing this crisis and this critical period confronting Europe and most of the countries due to the spread of the pandemic of Coronavirus (COVID-19) and its serious repercussions e.g. the financial needs of hospitals, old folks’ homes, families and individuals.

Muslims should save no possible efforts to provide financial support for institutions in need. Allah says: {Help you one another in righteousness and piety.} (Al-Maidah 5:2) Also, Allah says: {and do good; that you may prosper.} (Al-Hajj 22:77)

Supporting hospitals is certainly a type of cooperation in righteousness. It is a form of good practice. This could be entitled as charity, a prescribed duty. There is neither minimum nor maximum for charity. One may give in charity more than the specified amount of Zakah provided that it does not lead to compromising his one’s duties towards his dependent family members.

As for Zakah of wealth, the rule is that it should be spent on one or more of the eight expenditures stated in the verse in which Allah says: {Alms are for the poor and the needy, and those employed to administer the (funds); for those whose hearts have been (recently) reconciled (to Truth); for those in bondage and in debt; in the cause of Allah; and for the wayfarer: (thus is it) ordained by Allah, and Allah is full of knowledge and wisdom.} (At-Tawbah 9:60)

The rule is that Zakat al-Fitr is given to the poor as Ibn Abbas says: “The Messenger of Allah (peace be upon him) enjoined Zakat al-Fitr on the one who fasts (i.e. fasted during the month of Ramadan) to purify him from any indecent act or speech and for the purpose of providing food for the needy. It is accepted as Zakah for the person who pays it before the Eid prayer and it is Sadaqah (i.e. voluntary charity) for the person who pays it after the Eid prayer.” (Abu Dawud and Ibn Majah)

According to the Hanafi School and Ibn Sirin, it is permissible to give it to non-Muslim poor people. Based on the above-mentioned argument, since there are several types of needs we recommend people to have their priorities in the right order in order to set equilibrium among these types of needs and avoid helping some and ignoring others.