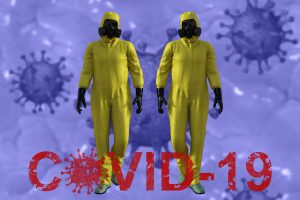 Are the viruses such as Coronavirus (COVID-19) and the catastrophes a punishment from Allah?

In actual fact, people, as individuals and groups regardless of their places and positions, are subject to tests and adversities, one of the ways of life. Tests come in forms of adversities as well as prosperity.

Allah says: {Every soul shall have a taste of death: and We test you by evil and by good by way of trial. To Us must you return.} (Al-Anbiya 21:35)

In his interpretation of this verse, Ibn Katheer states:

Regardless of awareness or unawareness of Allah’s significance, belief in destiny of adversity as well as destiny of prosperity constitutes one of the definitive rules of Islam.

This deeply rooted belief does not curtail Muslims’ contemplation and learning lessons.

In the case of the universal catastrophes afflicting all, the good and the bad, it could be a reminder to humans that despite their material and scientific achievements, they should not overlook the spiritual and ethical aspects, strengthen their relations with the Creator the Exalted, and abide by the fundamental values e.g. social justice, peaceful coexistence, respecting human rights, and cooperation with all in good and righteousness.

In this sense, Allah’s tests are not an act of revenge since Allah is the most merciful and the most kind with His servants. Allah says:

{For Allah is to all people Most surely full of kindness, Most Merciful.} (Al-Baqarah 2:143)

Tests are for reasons:

1- Reminding people of Allah’s graces by missing some.

Only those who are unwell appreciate health and only those who are not safe appreciate security. By means of familiarity with and getting used to Allah’s graces humans are often headless of Allah’s favour when granting them abundant implicit and explicit graces. Allah says: {Do you not see that Allah has subjected to your (use) all things in the heavens and on earth, and has made his bounties flow to you in exceeding measure, (both) seen and unseen? Yet there are among men those who dispute about Allah, without knowledge and without guidance, and without a Book to enlighten them!} (Luqman 31:20)

The more Allah’s servant becomes aware of Allah’s graces on her/him the more grateful s/he becomes. This gives satisfaction with Allah’s granted favors. One is to turn always to Allah and seek His assistance and protection.

By nature, when afflicted man looks for someone to help. Realizing that Allah supports humans and He is sufficient in time of adversity creates peace and tranquility in one’s heart needed to face tests and is a shield against depending on others. Allah says:

In the time of affliction, one expresses his turning to Allah by means of prayers and submission. Allah says:

{When a wave covers them like the canopy (of clouds), they call to Allah, offering Him sincere devotion. However, when He has delivered them safely to land, there are among them those that halt between (right and wrong). But none reject Our Signs except only a perfidious ungrateful (wretch)!} (Luqman 31:32)

In another place, Allah says:

{When the suffering reached them from us, why then did they not learn humility?} (Al-An`am 6:43)

2- Adversities and tests come to warn people against committing sins.

Since sins have repercussions on humans themselves and their society but not Allah, then it is out of His mercy that He warns humans so that they might give them up.

In this regard, people, the believers and the non-believers, are treated equally. Tests are not a form of revenge but rather a warning against a sin one commits so that one might give it up. Allah says:

{Whatever misfortune happens to you, is because on the things your hands have wrought, and for many (of them) He grants forgiveness.} (Ash-Shura 42:30)

At this point, it is worth mentioning that Allah has uniquely granted the Prophet Muhammad (peace be upon him) the last prophet, the privilege of securing his nation against the punishments of general destruction in this world, yet it befell some of the previous nations.

Allah has postponed their accountability to the hereafter in order to give them the right opportunity of repentance in this worldly life. Hence, the Prophet Muhammad did not make prayers for the destruction of his opponents.

In a hadith narrated by Abu Hurairah, the Prophet Muhammad when requested to invoke curse on the idol worshippers, said: “I have not been sent to invoke cure but rather as a mercy.” (Muslim)

In his Quranic exegesis of the verse We only send the Signs by way of terror (and warning from evil)” Al-Tabari reports that Qatadah says: “Allah casts fear into people’s heart with whatever sign He determines in order to learn the lesson, remember or return. One day Kufa was hit with earthquake during the time of Ibn Mas   ud, so he said: ‘Indeed your Lord is blaming you so seek His pleasure.”

According to Al-Hasan, this verse refers to death in large scales.

It is obvious that humans are misbehaving at all levels. Nowadays, due to Coronavirus (COVID-19), the wise people all over the world are calling for considering much of the humans’ misbehavior dominant in all fields.

These wise people say what is after COVID-19 will be divergent to what was prior to it. The immoral approach, the perpetration of inequality among people and unfair financial system, the unethical environmental activities and pollution, and the problematic situations resulting from waging wars and confrontations are sins from which humans should repent. Adversities come as a warning against continuing adopting these aggressive and oppressive means.