To read the first part of this article, please, click here. 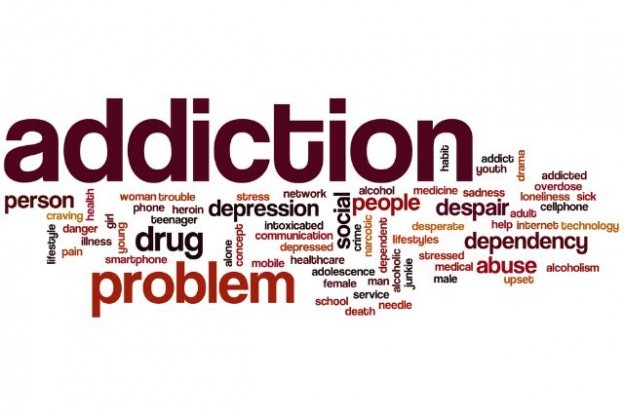 Without using his mind, mankind will not be able to distinguish the path of righteousness and piety from the path of wrongdoing and evil actions. The fair mind is a divine gift to guide mankind to the real success in this world and the final salvation in the hereafter.

Gradual Prohibition of Intoxicant in Islam

The prohibition of alcohol in Islam was not suddenly in one time, or in one stage, but the ruling on wine in the Glorious Qur’an went through gradual stages due to the mercy from Allah the Almighty to the helpless human being who is always weak before his habits and desires.

Therefore, the ruling came in gradual manner with a comprehensive demonstration and explanation the wisdom behind this ruling and in the final stage; all sorts of intoxicants have been declared as prohibited in Islam.

Prohibition of Intoxicant in the Glorious Qur’an

In the first stage Allah the Almighty said:

“They ask you about wine and gambling. Say, “In them is great sin and [yet, some] benefit for people. But their sin is greater than their benefit.” [Al Baqarah2:219]

At the time of revelation, Arabs used to name the intoxicant grape juice Khamr that originally refers to hide or conceal because alcohol or wine covers or coats the mind and thinking power in human nature. Therefore, any substance or drink that hides the mind must be included in the content of the word Khamr or wine, whether it has been produced from grapes or anything else. Woman’s veil in Arabic is also called Khimar from the same root-word Khamr because it covers her face. For that reason, the majority of the Muslim scholars views that the word “Khamr” or wine includes every intoxicant drink, whether it is made from grape juice, from barley or from dates or something else.(1)

In the second stage, the divine command came forbidding the people only to near the prayer in the state of intoxication.  Allah the Almighty said:

“O you, who have believed, do not approach prayer while you are intoxicated until you know what you are saying.” [An-Nisaa4:43]

In this stage, Allah the Almighty has only forbade to approach the prayer in the state of intoxication.

In the third stage, the prohibition of wine came final, forever and in all cases, and Allah the Almighty instructed His servants to give up alcohol totally that spoils the minds and causes them to insult their souls. Allah the Almighty said:

“O you who have believed, indeed, intoxicants, gambling, [sacrificing on] stone altars [to other than Allah], and divining arrows are but defilement from the work of Satan, so avoid it that you may be successful. Satan only wants to cause between you animosity and hatred through intoxicants and gambling and to avert you from the remembrance of Allah and from prayer. So will you not desist?” [Al Ma’idah5:90-100]

These two verses illustrate the prohibition of alcohol in many ways:

The first: Allah the Almighty has mentioned wine besides the gambling and sacrificing on the stone altars [to other than Allah and made drinking wine equal to the polytheism; the worst sin according to Islam.

The second: alcohol in the Glorious Qur’an has been described as disgusting and impure, that denotes a strict prohibition.

The third: the phrase: (So avoid it) is a command to abstain it completely, and this type of command is used only to mean complete avoidance such as the avoidance of idolatry and worship of deities.

The fourth: This avoidance will result in the success, as Allah the Almighty has said: “So that you may be successful.” and obtaining the sources of the success is a necessary and an obligation.

The fifth: Alcohol or wine is a cause of hostility and hatred in the society. The Almighty said: “Satan only wants to cause between you animosity and hatred through intoxicants and gambling.”

What is Mother of all Evils?

The third caliph of Muslims; `Uthman ibn Affan (may Allah be pleased with him) has described the wine as “ummul Khaba’ith” (mother 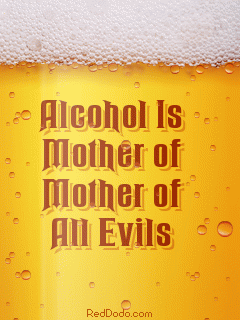 of evils) and narrated a story about the evil results of wine consumption as was reported by An-Nasa’i.

He said: “Avoid the wine since it is the mother of all evils. A pious man from a nation before your time used to seclude himself from the people in order to worship Allah the Almighty. A seductive woman chased him. She sent her maid to call him for a witness. When he entered her quarters, she closed all the doors behind him until he was alone with this very beautiful woman in the presence of her boy servant and a bottle of wine.  She said, “I did not call you for a witness but to have me or to drink that wine or to kill that boy.” She first made him drink the wine and he asked for more until he lost his mind, had relations with her and then killed the boy.”(2)I think that Islamic culture is the only and first one in the world that gave wine the name “mother of all evils” because its consumption leads to several individual, social, health, spiritual, physical and financial damages. Such bad name was given to keep people away from this curse.

Punishment for Drinking Wine in Islam

Drinking alcohol results in punishment in this world and the torment in the Hereafter, because at first, it is a sin and disobedience to Allah the Almighty and then a crime against the society.Muslim jurists have agreed that there is a punishment for the drinker of wine, due to the authentic evidence in the Holy Qur’an and the Sunnah of the Prophet (peace be upon him) that have stated clearly that wine is forbidden and evil. The punishment on drinking wine is flogging; however, the jurists have differed in the number of flogging. It has been reported on the authority of Ali ibn Abu Talib (may Allah be pleased with him) who said: The Messenger of Allah (may peace and blessings of Allah be upon him) and Abu Bakr have flogged in the wine forty times, while the number of flogging has been increased by Umar (may Allah be pleased with him) to become eighty and everyone of them is a Sunnah.(3) Imam Ash-Shafi’i concludes that the number of flogging the drinking is 40 while Imam Malik and Imam Abu Haneefah say that it is 80 lashes.

Physical and Mental Damages of Drinking

According to the experts, drinking wine leads to countless physical and mental damages, and this has explained as follows: The Heart Organization says in this regard:“Drinking too much alcohol increases your risk for many health problems, including high blood pressure, obesity, stroke, breast cancer, liver disease, depression, suicide, accidents, alcohol abuse and alcoholism. If you don’t drink already, don’t start. If you do drink, talk with your doctor about the benefits and risks of consuming alcohol in moderation. Some people should not drink at all, like women who are pregnant or trying to get pregnant, people under age 21 and people with certain health conditions.”(4)

This report is based on plain research and experiment away from considering the religious dimension, as if it verifies what the Glorious Qur’an has said fifteen centuries ago; the Glorious Quran already has said:”In them is great sin and [yet, some] benefit for people. But their sin is greater than their benefit.” [Al Baqarah2:219]

Addiction the Final Stage in the Alcoholism

The habit of wine, as we note, is difficult to quit, rather, alcohol usually ends on addiction or death in general. One cup and then two cups and then three cups and so on, as well as, at first, once in the day and night and then twice and then three times and so on. Islam remained wise when it forbade small amount and big amount, one time or ten times. Islam regards it totally impure; if it gets the body or dress it must be purified.

First: Wine in Islam is unanimously and undoubtedly forbidden and small amount of it is as forbidden as the big quantity.  Unlike Hinduism that has contradicting opinions on drinking alcohol, finally, Hinduism does not have any final ruling on drinking alcohol. Rather, drinking wine has been habits of some Hindu gods, deities and spiritual leaders since the time of the Veda.

Second: Because of the strict prohibition and punishment, the percentage of wine drinkers and intoxicant consumers among men and women in Muslim families and the Muslim communities is less, eventually; the harms and damages caused by drinking alcohol are less as well. Unlike Hindu families and individuals who do not see any guilt in consuming alcohol, therefore, consumption of intoxicant is higher amongst them in comparison with Muslims.

Third: Prohibition of alcohol in Islam in the strict way and during that early time and then revealing of the modern sciences for the harms of wine and all sorts of intoxicants coincides with the philosophy of Islam and this is a clear evidence for the genuineness of the message of Islam because it is always nature of heavenly messages to guide the people when they are ignorant or confused, while the confusion and contradiction around the ruling of wine and drugs in Hinduism represented in its Holy books are the clear evidence on human exploitation and its broken link with heavenly and divine Source.

Fourth: Making consumption of alcohol “mother of evils” in the Islamic culture is one of the characteristics and features of Islamic civilization only, not found in any other culture in the world. In addition, the continuation of that collective awareness in Islamic society is evidence of the solid foundation, strong base and good foundation represented in the message of Islam has a power to lead mankind in security, safety and peace.

Fifth: The gradual manner in the rule of wine in the Noble Qur’an is evidence of Allah’s mercy with mankind, in addition, the graduation was to create the situation for the final prohibition, and this is in contrast to man-made laws, which may overlook the human side or dimension in legislating and implementing the laws.