Intercession in Islam takes place in this life and afterlife, and what’s more living persons can make intercession with Allah on behalf of the departed.

In the Hereafter, the Greatest Intercession, whose right Allah grants to only Prophet Muhammad (Allah bless him and grant him peace), is the first and foremost kind of intercessions.

Prophet Muhammad (Allah bless him and grant him peace) will intercede with Allah on the Day of Resurrection in order that reckoning begins. In addition, He will have the right to admit some people into the Paradise and save others from the Hellfire.

Next, there are some people who will benefit greatly from the intercessions of Prophet Muhammad (Allah bless him and grant him peace). They include perpetrators of major sins. We discussed number 1, namely, the Greatest Intercession in a previous article. 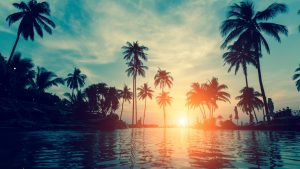 Prophet Muhammad (Allah bless him and grant him peace) will intercede with Allah on the Day of Resurrection in order that reckoning begins. In addition, He will have the right to admit some people into the Paradise and save others from the Hellfire.

2. Making intercessions on behalf of the perpetrators of major sins

People who commit major sins deserve punishment in the Hereafter except for those whom Allah so wills to forgive. If Allah grants our Prophet Muhammad the right to intercede on behalf of the perpetrators of major sins, they, then, will be saved from the torment of the Hellfire.

This is supported by a lot of proofs from the Sunnah. However, it will be sufficient to quote a few of them.

The Prophet (ﷺ) said: My intercession will be for those of my people who have committed major sins. (Abu Dawud and Ahmad)

This does not mean the intercession of Prophet Muhammad (Allah bless him and grant him peace) is exclusive to those who have committed major sins. We have provided evidence to the contrary. However, I think the correct explanation could be that perpetrators of major sins will get the most benefit.

I said: “O Allah’s Messenger (ﷺ)! Who will be the luckiest person, who will gain your intercession on the Day of Resurrection?” Allah’s Messenger (ﷺ) said: O Abu Huraira! “I have thought that none will ask me about it before you as I know your longing for the (learning of) Hadiths. The luckiest person who will have my intercession on the Day of Resurrection will be the one who said sincerely from the bottom of his heart “None has the right to be worshipped but Allah.” (Al-Bukhari)

The sin that cannot be forgiven

However, there is one grave and major sin that Allah will never forgive so long as the person who committed it has not repented. It is associating other gods with Allah or disbelief in Allah.

Indeed, there is no intercession in favor of the disbelievers. Allah says,

“So forewarn them of the Impending Day when hearts go up into choking throats – (when) there shall be no intimate friend for the wrongdoers, nor any intercessor to be heeded.” (Quran 40:18)

3. Making intercession to admit some people into the Paradise without reckoning

Allah promised Prophet Muhammad (Allah bless him and grant him peace) to admit into paradise from among his followers 70,000 people who will not be held accountable nor punished. This is supported by the Hadith that talks about the Greatest Intercession and many other Hadiths.

“…The Prophet (Allah bless him and grant him peace) said:” I would then raise my head and say:

It would be said: “O Muhammad, bring in by the right gate of Paradise those of your people who would have no account to render. They would share with the people some other door besides this door…” (Muslim)

4. Making intercession on behalf of dwellers of the Hellfire, yet they believe in the Oneness of Allah

There is also an intercession on behalf of the believers who have committed sins for which they will be thrust into the Hellfire. The Prophet (Allah bless him and grant him peace) will intercede so that they can get out of it.

The Messenger of Allah (ﷺ) said: Do you feel any trouble in seeing the moon on the night when it is full?

They said: Messenger of Allah, no.

He (the Messenger) further said: Do you feel any trouble in seeing the sun, when there is no cloud over it?

They said: Messenger of Allah, no.

He (the Holy Prophet) said: Verily you would see Him like this (as you see the sun and the moon).

The Excellence of The Muslim Community

This Ummah (of Islam) alone would be left behind and there would be hypocrites too amongst it. Allah would then come to them in a form other than His own Form, recognizable to them, and would say: I am your Lord.

They would say: We take refuge with Allah from thee. We will stay here till our Lord comes to us. And when our Lord would come we would recognize Him.

Subsequently Allah would come to them in His own Form, recognizable to them, and say: I am your Lord.

They would say: Thou art our Lord. And they would follow Him, and a bridge would be set over the Hell; and I (the Holy Prophet) and my Ummah would be the first to pass over it; and none but the messengers would speak on that day, and the prayer of the messengers on that day would be: O Allah! Grant safety, grant safety.

In Hell, there would be long spits like the thorns of Sa’dan He (the Holy Prophet) said: Have you seen Sa’dan?

They replied: Yes, Messenger of Allah. He said: Verily those (hooks) would be like the thorns of Sa’dan, but no one knows their size except Allah. These would seize people for their misdeeds. Some of them would escape for their (good) deeds, and some would be rewarded for their deeds till they get salvation.

The Excellence of the Belief in the Oneness of Allah

When Allah would finish judging His bondsmen and because of His mercy decide to take out of Hell such people as He pleases. He would command the angels to bring out those who had not associated anything with Allah; to whom Allah decided to show mercy. Those who would say: There is no god but Allah.

They will be taken out of the Fire having been burnt, and the water of life would be poured over them, and they will sprout as seed does in the silt carried by flood…” (Muslim)