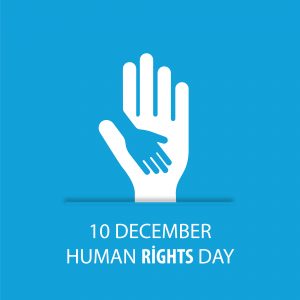 Islam prohibits any action that diminishes the right to life,.

The philosophy of Islam and its law have never deviated from the values and ethics, which were represented in a set of rights that included all human beings without distinction between colors, races or languages, and also included the human behavior in dealing with each other.

These values and ethics were also represented in maintaining and applying these rights with the authority of Islamic law and imposing sanctions upon offenders.

Islam treats man with honor and esteem out of Allah’s saying:

And We have certainly honored the children of Adam and carried them on the land and sea and provided for them of the good things and preferred them over much of what We have created, with [definite] preference. (Al-Isra’ 17:70)

This view gives special characteristics and features for human rights in Islam. The most important feature is the comprehensiveness of these rights.

These rights include political, economic, social and intellectual rights. They are also common for Muslims and non-Muslims without distinction between colors, races or languages. They are not subject to cancellation or change, as they are linked to the teachings of the Lord of the worlds.

The Messenger of Allah (peace be upon him) reported this in his farewell address, which was a comprehensive report on human rights, as he said: “Indeed, your blood and your properties are sacred to one another like the sanctity of this day of yours, in this month of yours, in this town of yours, till the day you meet your Lord…” (Al-Bukhari)

This prophetic address asserted a set of rights, the most important of which is the sanctity of blood, money, honor, and others.

The word “soul” was generalized to include any soul killed without right.

The Prophet (peace be upon him) went further as he ordered man to preserve his own life by prohibiting suicide.

Islam prohibits any action that diminishes the right to life, whether through intimidation, insult, or beating. Hisham ibn Al-Hakam said he heard the Messenger of Allah (peace be upon him saying: “Allah would torment those who torment people in the world.” (Muslim)

After honoring man in general and stipulating the sanctity of blood, honor and money, and the right to life, the Prophet (peace be upon him) emphasized the right of equality among all people; between individuals and groups, between races and peoples, between rulers and the ruled, and between governors and the governed.

So, there are no restrictions or exceptions; no difference in legislation between Arabs and non-Arabs, or between white and black, or between rulers and the ruled. Rather, people are differentiated according to piety.

He (peace be upon him) said:

“O people! Verily your Lord is one and your father is one. All of you belong to one ancestry of Adam, and Adam was created out of clay. Verily the noblest among you in Allah’s view is he who is the most pious. There is no superiority for an Arab over a non-Arab except in piety.” (Ahmad)

Let’s look at how the Prophet handled the principle of equality in order to realize his greatness. Abu Umamah reported: Abu Dharr taunted Bilal about his mother and said: “You son of a black woman.” Bilal went to the Prophet (peace be upon him) and told him the story. The Prophet got angry. Abu Dharr came and did not know what happened. The Prophet turned his face away from Abu Dharr. Abu Dharr said: “There should be something that made you turn your face away from me.” The Prophet said: “Are you taunting Bilal about his mother?” and then said: “By the One Who revealed the book to Muhammad – or any other oath he wanted, God willing – one is not preferred to another except by work. You are all equal.” (Al-Bayhaqi)

Another right is linked to the right to equality, namely the right to justice. One of the masterpieces in this regard is the Prophet’s saying to Usamah ibn Zayd when the latter wanted to intercede for the Makhzumi woman who had committed theft: “By Allah, if Fatimah, daughter of Muhammad, were to steal, I would have her hand cut off.” (Al-Bukhari)

The Prophet (peace be upon him) also banned the confiscation of one’s right to self-defense in order to observe justice.

“… no doubt, for he (the creditor) has the right to demand his debt (harshly)…” (Al-Bukhari)

He says to those who take over governance and judiciary:

“…When two litigants sit in front of you, do not decide till you hear what the other has to say as you heard what the first had to say; for it is best that you should have a clear idea of the best decision.” (Abu Dawud)

Right to Sufficiency in Islam

This right is different from the bare subsistence level stipulated in positive systems, which means the minimum limit that maintains life. [Encyclopedia of human rights in Islam by Khadijah Al-Nabarawi]

The right to sufficiency is achieved through work. If one is unable to do this, Zakat (alms) can do it; and if Zakah is unable to pay to the poor, the state budget shall pay.

The Prophet (peace be upon him) expressed this when he said: “…he who left behind property that is for his family, and he who dies under debt or leaves children (in helplessness), the responsibility (of paying his debt and bringing up his children) lies on me. ” (Al-Bukhari)

He asserted this right when he said: “The one who sleeps with a full stomach knowing that his neighbor is hungry doesn’t believe in me.” (Al-Hakim)

Lauding Ash`arites, he (peace be upon him) said: “When the Ash`arites run short of provisions in the campaigns or run short of food for their children in Medina they collect whatever is with them in the cloth and then partake equally from one vessel. They are from me and I am from them.” (Al-Bukhari)

Rights of Civilians and Prisoners of War

Human rights reach the peak of their greatness when they relate to the rights of civilians and prisoners during wars. In war time, the spirit of revenge and punishment dominates rather than the spirit of humanity and compassion. But Islam has a humane approach governed by compassion, and in that the Prophet (peace be upon him) says: “Do not kill babies, women, and old people.” (Muslim)

This is some of what Islam enacted and stated as rights for humans on the planet. They mostly reflect the view of humanity, which is the spirit of the civilization of Muslims.

Source: Taken from the author’s The Rights and Duties of Women in Islam.