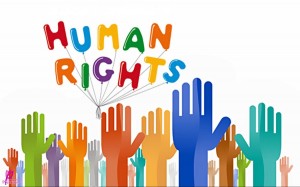 All fundamental human rights are found in Islam. Man is honored by Allah and has the right to be respected and not to infringe his privacy.

In the Qur’an, there are various clear and strong texts that have delineated the fundamentals of human rights.

However, the first declaration that can be called so is the magnificent speech delivered by the Messenger of Allah (peace be upon him) in the Farewell Pilgrimage before about 120 thousands of his companions who gathered in Arafat.

In this speech, he laid the foundations of what can be called human rights. He declared the inviolability of bloods, properties, and honors and asked Allah and the people to bear witness to that.

In this context, he has strongly forbidden inner fighting saying “Never shall you return after me [like] disbelievers striking the necks of one another.” He also recommended well treatment for women.

The essence of human rights can be summarized in two principles:

– Honoring, which is an established maxim for every human being just for being a human being. Almighty Allah said,

Yet very truly, We have so honored the Children of Adam: for We have carried them through the land and the sea. And We have provided them with all that is wholesome [in life]. And We have so favored them above most of what We have created with [such immense] favor. (Al-Israa’ 17:70)

– Equality, upon which Islam laid strong emphasis, as the Prophet (peace be upon him) said, “O people! Your Lord is one and your father is one. Neither an Arab has a merit over a non-Arab nor a non-Arab over an Arab nor a white person over a black one. You all belong to Adam and Adam was from dust.” (Ahmad)

From these two principles begin all rights. Women have been given equal rights to those of men in terms of human honor- though this may vary for other functional reasons- and in terms of all forms of freedom. Man is originally free. This was best expressed in the words of `Umar, the Commander of the Believer “When have you enslaved people whereas they were born free?!”

Europeans had to wait for 1000 years later until Jan Jack Rousseau declared in his book “The Social Contract” that man is born free. But freedom of the individual in Islam should not bring harm to the society. Equilibrium between the individual and the society is the most critical issue in the principle of freedom. Freedom is guaranteed as long as it does not contravene the general system as in the cases of reviling the religion, cursing people, or making transgressions against their bloods or properties. However, there may be difference of opinion over determining the general system and its ethical dimensions as will be explained.

Islam is the religion of solidarity in the sense that it not only enjoins you to refrain from harming others but also enjoins you, as a religious and juridical duty, to prevent people from causing harm to each other and to do your best to aid people, save their lives, protect their properties, and defend their honor.

If you do not do so, you will become sinful; and a case can be filed against you in courts demanding compensation from you because you did not save a person from fire, prevent a blind person from falling in an abyss, etc. This is called the right of aid and support.

Then what is with you that you do not fight in the path of Allah and for the [utterly] helpless. (An-Nisaa’ 4:75)

In short, all fundamental human rights are found in Islam. Man is honored by Allah and has the right to be respected and not to infringe his privacy.

O you who believe! You shall not enter houses, other than your own houses, until you take [welcome] permission and great their people with peace. (An-Nur 24:27)

However, this is not confined to Muslims but extends to peoples from other religions as well. Al-Bayhaqy in his Sunan reported that the Prophet (peace be upon him) forbade from entering the houses of the People of the Scripture without their permission and from eating their fruits unless they give it out of themselves.

Islam secured for man that he should not be addressed in a way he dislikes. Almighty Allah said,

Man is innocent until the opposite proves true and should not be punished retroactively.

Islam guaranteed for man the right of ownership and to make use of the things that are not possessed by anybody such as earth, seas, rivers, wild animal, and fish.

People are partners in water, fire, grass. It is not permissible to transgress the possessions of others. If one dies and leaves something, it goes to his heir. People share natural resources with justice and kindness. Selling, leasing, loaning, borrowing, trading, and giving gifts are lawful means of earning to the exclusion of unlawful means such as theft, usurpation, usury, deception and gambling.

The poor and the weak have rights in the society and thus it is not permissible to leave any of them exposed to danger. These rights guaranteed by both the Shari`ah and the judicial authority.

Islam has also guaranteed for the traveler that the resident people should guide him, give him to eat, and give him out of the Zakah (obligatory charity) if he needs because he is a wayfarer.

It has guaranteed the parents’ right and has enjoined children – by the judiciary power- to spend on them if they are poor; and so is the case with close relatives.

These rights are many and hence they have made the Muslim community cohesive, harmonious, and consolidated. Islam has enjoined those in authority among Muslims to establish the fundamental human rights and has given them in return for this duty the right of obeying them. Almighty Allah says,

O you who believe! You shall obey Allah. And you shall obey the Messenger and those in authority among you. (An-Nisaa’ 4:59)

Source: Taken with modifications from Binbayyah.net