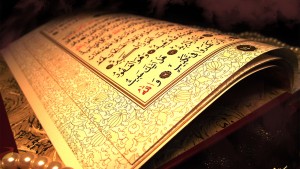 The Companions were greatly comforted by the Qur’anic verses that were being revealed during the Makkah era.

The Companions (may Allah be pleased with them) were greatly comforted by the Qur’anic verses that were being revealed during the Makkah era. This was especially the case in regard to those verses in which Allah the Almighty defended them, which He did in three main ways:

1) Allah exhorted the Prophet (peace be upon him) to take care of them and to treat them well; He even reproached the Prophet on certain occasions when he would not give attention to some Companions because he was busy inviting Quraish’s nobility to Islam.

The Prophet would sit in the mosque alongside his poor or weak Companions – among whom were the likes of Khabbab, `Ammar, Ibn Fakihah Yasar (whose owner was Safwan ibn Umayyah), and Suhaib ; meanwhile, the Quraish would mock them, saying to one another, “You know the situation of his Companions (i.e., that they are poor and weak). Is it then these that Allah has bestowed His favor upon from among us with guidance and the truth? Had what Muhammad came with been good, these people would not have beaten us to it, and Allah would not have chosen them instead of us.

Allah refuted the mockery of those disbelievers, making it clear to them that His being pleased with His slaves does not hinge upon their degree of wealth or status in this world. And for his part, the Prophet made the same point clear, both in his sayings and in his deeds. Allah said:

And turn not away those who invoke their Lord, morning and afternoon seeking His Face. You are accountable for them in nothing, and they are accountable for you in nothing, that you may turn them away, and thus become of the unjust. Thus We have tried some of them with others, that they might say: “Is it these (poor believers) that Allah has favored from amongst us?” Does not Allah know best those who are grateful? When those who believe in Our verses come to you, say: “Salamun ‘Alaikum” (peace be on you); your Lord has written Mercy for Himself, so that, if any of you does evil in ignorance, and therefore repents and does righteous good deeds (by obeying Allah), then surely, He is Oft-Forgiving, Most Merciful.” (Al-An`am 6:52-54)

Also, Allah reproached His Messenger concerning a blind Companion named Ibn Umm Maktum. On only one occasion did the Prophet turn away from Ibn Umm Maktum without answering his question, and even that was because of a sound reason: as He (peace be upon him) was busy inviting some of Quraish’s nobles to Islam. Even though this occurred only one time, it was sufficient cause for Allah’s reproach and the revelation of the following verses:

(The Prophet) frowned and turned away, because there came to him the blind man (`Abdullah ibn Umm Maktum). But what could tell you that per chance he might become pure (from sins)? Or that he might receive admonition, and that the admonition might profit him? As for him who thinks himself self-sufficient, to him you attend; what does it matter to you if he will not become pure (from disbelief, you are only a Messenger, your duty is to convey the Message of Allah). But as to him who came to you running. And is afraid (of Allah and His Punishment), Of him you are neglectful and divert your attention to another. (`Abas 80:1-10)

There is no room in Islam for the preferred treatment of the rich and of the noble classes. Islam came to instill into mankind one view of life and to make clear to them that human beings all come from the same origin, which by extension means that they should be treated equally. With this in mind, we can understand why Allah sternly reproached His Messenger. The Messenger of Allah gave greater attention to Ubay ibn Khalaf than to Ibn Umm Maktum , even though, in all actuality, Ibn Umm Maktum is better than even billions of the likes of Ubay ibn Khalaf, may Allah curse him!

2) Allah consoled the Companions by informing them about stories of previous Prophets and nations. When the Companions read verses about the ill treatment that the Prophets received at the hands of their people and about how the Prophets were then patient, they felt that they too should be patient. Being made to feel a sense of brotherhood with Muslims from previous nations, and learning about the hardships they endured, the Companions, felt comforted. And they thought less of the hardships they were experiencing, knowing fully well that others before them had experienced even more hardships.

Stories in the Qur’an about previous Prophets – such as Noah, Ibrahim, Moses, and Jesus- all had the effect of making the Companions firm and strong upon their faith.

3) Allah praised some of their actions and promised them eternal bliss in Paradise. For example, when Abu Bakr freed seven Muslim slaves, Allah revealed the following verses, in which He praised Abu Bakr and condemned Umayyah ibn Khalaf, the Makkan chieftain who would torture Bilal ibn Rabah:

Therefore I have warned you of a Fire blazing fiercely (Hell); none shall enter it save the most wretched, who denies and turns away. And the pious will be far removed from it (Hell). He who spends his wealth for increase in self-purification, and have in his mind no favor from anyone for which a reward is expected in return, except only the desire to seek the Countenance of his Lord, the Most High. He surely will be pleased.” (Al-Layl 92:14-21)

In another example, historians mention that, when the polytheists made fun of Christian delegates from Najran because they embraced Islam, Allah revealed the following verses:

Those to whom We gave the Scripture [i.e. the Torah and the Gospel] before it, – they believe in it (the Qur’an). And when it is recited to them, they say: “We believe in it. Verily, it is the truth from our Lord. Indeed even before it we have been from those who submit themselves to Allah in Islam as Muslims. These will be given their reward twice over, because they are patient, and repel evil with good, and spend (in charity) out of what We have provided them. And when they hear Al-Laghw (dirty and vain talk), they withdraw from it and say: “To us our deeds, and to you your deeds. Peace be to you. We seek not the ignorant.” (Al-Qasas 28:52-55)

In general, many verses revealed during the Makkah era promised the Companions that, as a reward for their patience and many sacrifices for the cause of Islam, Allah will bestow upon them eternal bliss in Paradise. At the same time, Allah informed them of the evil destination of their enemies. For example, Allah said:
Verily, We will indeed make victorious Our Messengers and those who believe in this world’s life and on the Day when the witnesses will stand forth, (i.e., Day of Resurrection), The Day when their excuses will be of no profit to the wrongdoers. Theirs will be the curse, and theirs will be the evil abode (i.e., painful torment in Hellfire).” (Ghafir 40:51-52)
ـــــــــــــــــــــــــــــــــــــــــــــــــــــــــ
Source: Taken with modifications from the author’s Noble Life of the Prophet, translated by Faisal Shafeeq