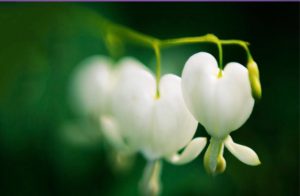 The Qur’an portrays believers as being in a constant spiritual state of hopefulness toward Allah.

The Qur’an states that hopefulness is an important characteristic of believers and, at the same time, an indication of their faith.

People place their hope in Allah according to their degree of faith and will cherish a deep longing to obtain His mercy and infinite bounties because He has promised believers the most beautiful things in this world and in the hereafter.

People will hope to secure these according to their degree of trust in Allah, their closeness to Him, and their submission and sincerity.

Knowing that everything happens according to His will, believers do not fall into despair or become hopeless and pessimistic. And, since believers know that Allah will accept their prayers, they do not doubt, even for a second, that a seemingly terrible event is simply a part of their test and that eventually, it will work out for the best.

Believers who are aware of this do not lose hope, even when facing the most negative situations or the most distressing events, in Allah’s mercy or help. Those who are patient in hardship, do not lose hope, and never compromise Allah’s laws have been given glad tidings in both this world and the Hereafter.

The Qur’an portrays believers as being in a constant spiritual state of hopefulness toward Allah. Sincere believers will know and appreciate our Lord as the Qur’an describes Him and, as a result, will realize the mercy and favors that He has bestowed upon them.

They know that He is the believers’ friend and helper, that He is infinitely merciful and compassionate toward them, that He has sent glad tidings to His righteous servants of a great reward both in this world and the next, and that He never breaks His word. They see that He wills only what is best and good for them, that He opens the door of mercy and guidance for them, and that He provides endless opportunities to gain rewards.

And so believers who know this are in a constant state of hopefulness toward our Lord, hoping for the best and the good from Him in both this world and the next. Several Qur’anic verses mention how Allah gives believers a good reward and offers them glad tidings of grace, favor, and mercy.

“As for those who believe and do right actions, We will erase their bad actions and recompense them for the best of what they did.” (Al-Ankabut, 7)

“He responds to those who believe and do right actions, and gives them increase from His favor. But the unbelievers will have a harsh punishment.” (Al-Shura, 26)

“Satan promises you poverty and commands you to avarice. Allah promises you forgiveness and abundance. Allah is All-Encompassing, All-Knowing.” (Al-Baqarah, 268)

The believers’ prayers and wishes are full of hope. As one verse says, “they call upon their Lord in fear and ardent hope” (Al-Sajdah, 16). Since prayer itself is both a form of worship and an indication of a hopeful attitude toward Allah, believers pray in the hope that our Lord will answer their prayers.